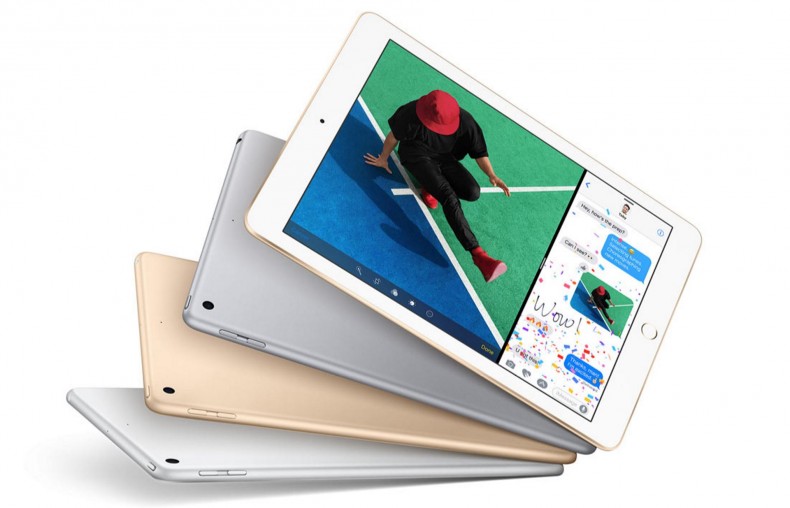 I’m not going to beat around the bush, here, because you all know what an iPad is. The 9.7 inch refresh of the “core” iPad is small, light, and desirable. I talked about the snobbishness around Apple products in my AirPods review, and I think that goes for the iPad, too. This is a really nice device, and it’s taken me ages to write up this review because I can’t get the bloody thing back from my youngest child.

We spend a lot of time our tablets and phones these days, so the model of iPad we’ve got came with a nice magnetic cover/stand which makes using it very comfortable. Having been using a second generation iPad for the longest time, the first thing that surprised me about the 9.7 inch model is that it’s very, very fast. Included on the device is iOS 10, so you’ve got multitasking, night shift, and expressive messaging – that makes the new iPad akin to a modern iPhone in terms of usability. It includes an A9 chip (hence the speed), and while it doesn’t have the stereo speakers of the newer iPhones, it’s still got passable audio.

The retina display looks gorgeous, and the 8 megapixel camera means that FaceTime looks great in HD. In fact, that’s one of our most used features, oddly enough. Kids these days spend hours on FaceTime saying nothing but being connected, when the battery was drained on the iPad 9.7inch, we’d swap out to the second-gen model, and that made the stark difference in visuals and camera quality stand out. Touch ID means you can secure your purchases and licenses, and (although we didn’t test it) you can also use Apple Pay if you fancy.

But the star of the 9.7inch is the battery. While it takes a little longer to charge, the battery last for around eight to ten hours, which is amazing. It’s charged by the now standard Lightning connector, but this model also has a headphone jack so if the move away from that has offended you, that’s a good thing.

And at the risk of sounding down on it, that’s kind of it. This is an iPad: it’s not the Pro model, but it’s a great entry point. It does everything you’d want it to do, from performing and capturing audio in GarageBand, to editing home movies. You’ll love playing Hearthstone on it all over again, and you’ll enjoy Apple Music and be able to stream it to bluetooth devices, or just hand-off to your other iDevices. Your kids will be on it all the time, your partner will forget to put it on charge when you need to use it, and you’ll be overprotective of it because in your mind it’s still a luxury, sexy tech item. It’s an iPad.

Ultimately, the 9.7inch iPad feels like a refresh for the line, but also the perfect starter iPad. With either 32GB or 128GB available, whichever model you end up with has plenty of storage, looks great, has a phenomenal battery, and is just a dream to use. You all know what an iPad is, but this is the new “standard” model, and if you can upgrade cheaply enough, or don’t own one but have always fancied one, this is the model.

You all know what an iPad is, but this is the new "standard" model, and if you can upgrade cheaply enough, or don't own one but have always fancied one, this is the model.