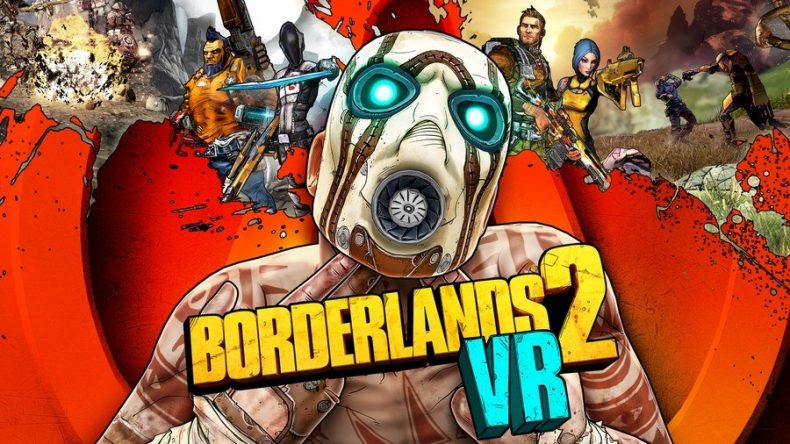 PlayStation VR is constantly improving with almost every new release, and I believe we’re at a point now where games like Tetris Effect and Astro Bot are good enough reasons for people to finally take the plunge and purchase a headset for Christmas. Many people, including myself, really want to see more VR games released that offer a game with a full campaign, familiar RPG elements, and FPS controls that hold up for more than a five or six hour ‘experience,’ though. Don’t get me wrong, I love these smaller games, especially in VR, but I do crave more expansive titles and I firmly believe the industry is heading in the right direction. That said, do we really need older games being re-released in VR, such as Gearbox Software’s Borderlands 2? Damn right, we do!

The Borderlands series is one of the best FPS franchises ever, providing sublime action and loot gathering adventures filled with humour, great pacing, and everything in between. Getting to play Borderlands 2 – probably the best of the series – in VR is a real treat, and whilst the story and gameplay remains relatively untouched, what really impressed me is the attention to detail Gearbox has employed to make the various comfort options satisfy even the most sensitive of gamers. As you’re probably aware, virtual reality has a tendency to give people motion sickness. Spend a few minutes in the menu and you’ll see exactly how personalised you can make the experience to suit your requirements. You can adjust how fast the movement snaps, whether you prefer free movement like you would outside of VR, the sensitivity of how you move, whether you want the ability to jump or not, the option to vary the game’s tunnel vision if you so require, and so much more. It’s good to know that the devs want everyone to enjoy Borderlands 2 VR, so providing so much customisation for more sensitive players allows everyone to tailor the gameplay experience to exactly how they want to play.

The game can be controlled by the Move Controllers, but I personally preferred using a standard PS4 Controller as it gave me more control when moving, and using the headset to move the recticle allowed for the kind of precision you get with a mouse on a PC to put a bullet in the various raiders and Bullymongs’ heads. You can drive vehicles in Bordelands 2 VR, now in first-person mode, and there’re even adjustments to this for how it’s controlled in VR. I normally find that I rarely get motion sickness, but when I do it’s down to fast movement, but the driving didn’t do this to me thanks to the ability to tone down some of the more intense moments.

The game itself is exactly how you remember it, and if you’re looking for a review of the game you can find our original write-up here, or the updated PS4 review as part of The Handsome Collection here. Whilst the game remains untouched, the new VR version offers an excellent mechanic known as B.A.M.F. Time, which slows down time and gives you a brief period to fire off you weapons in a bad ass mega fun way. It helps when gunfights can be pretty chaotic, especially in VR. Pressing Circle activates the mode and gives you a brief respite to get your bearings and get in some decent headshots while enemies move at a slower pace. Visually, the game isn’t as good as other PSVR titles, but it’s no worse than when you played it originlly back in 2012 on the PlayStation 3 or Xbox 360. It doesn’t really matter to be honest, as it still looks decent enough, and having the HUD dynamically moving within your headset peripheral helps to keep track of your health and ammo more effectively. It just depends how much you value your visuals, as some things have to be sacrificed in VR.

Borderlands 2 VR is a great example of making older titles work great in VR, and the effort Gearbox Software has put in to making sure the game can be played by everyone regardless of your threshold when it comes to motion sickness is a real credit to them. If you loved the original title and want to experience it once again on VR, then don your headsets and jump back in; the Vaults are calling!

Same great game
Plenty of customisation options for movement and controls
B.A.M.F. Time helps out with the chaos

Base game with no DLC
Visuals aren't great

Borderlands 2 was always a phenomenal game, but having the option to play through the entire VR game with plenty of customisation to help with motion sickness helps out a lot.