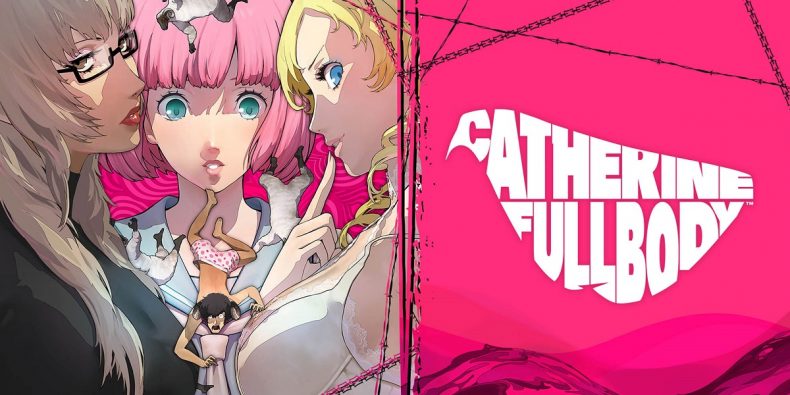 Switch Re:port covers the Nintendo Switch version of a game. Catherine: Full Body was released on PS4 on September 3, 2019 and scored 9/10.

Catherine has been around in some form or another since 2011, with the Full Body version releasing last year on PlayStation 4. With it came a brand new character that fitted into the story really well, new puzzles and online modes, and more. The Nintendo Switch version is pretty much the same as 2019’s expanded version, but it does include a ton of previously paid-for DLC. With it yet to release on Microsoft’s current generation, many people might never have had the chance to play it. Yes, the original is available via backwards compatibility, but Catherine: Full Body is a much better experience. Having it available on Switch means more players will get to see what all the fuss is about.

It’s a perfect blend of a narrative-driven story and well-constructed puzzles. You play as Vincent, a youngish male who’s struggling to fit in with his future-wife’s vision of their lives. His girlfriend wants to settle down and have kids, but Vincent isn’t sure. Like most men, he struggles to see the bigger picture, or the benefits of family life. However, when Vincent wakes up in bed with a horny version of his partner (the titular Catherine), everything gets flipped on his head. Between replying to text messages, watching the story unfold in a visual novel style, and chatting with various characters, you spend a lot of time in your nightmares. It is here where you play the game. In these puzzle sections, you must get from the bottom of a mountain made up of blocks all the way to the top. You can move them around to find a way to the top, with certain ones being immovable, or becoming a trap that stops you in your tracks. What’s worse, if you play on anything above easy difficulty, you’ll be chased up the mountain by real-life worries, and it is here where the genius of Catherine: Full Body is at its most lucid. It’s a unique puzzler crossed with a visual novel, done in a stylish way that only Atlus know how. It runs excellently in both handheld and docked, although visuals feel a little less sharp than that of the PS4.

Regardless, Catherine: Full Body is an excellent game filled with tons of variety in the puzzles, and a story that keeps you gripped until the end. The new character Rin adds a new dynamic and makes significant changes to the original story. The voice acting is great, thanks to guys like Laura Bailey and Troy Baker, and the music fits superbly with each moment, whether it’s one of the deeper segments, or one of the funnier ones. If you’ve never tried Catherine: Full Body, or even missed the original, this is a fantastic version of the game.

Visuals aren't quite on par with the PS4 version

Catherine: Full Body on Nintendo Switch is an excellent game filled with tons of variety in the puzzles, and a story that keeps you gripped until the end.