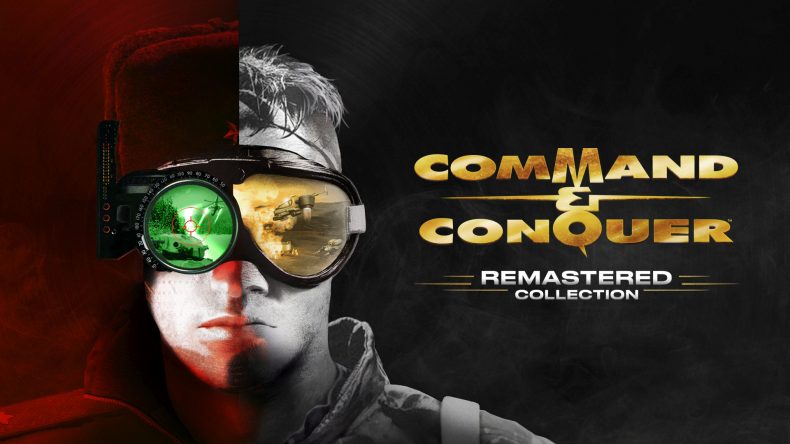 Let’s be honest: develeoper Petroglyph Games probably could have whacked a coat of paint on Command & Conquer: Tiberian Dawn and a lot of people would have been happy at that. What they instead did was completely reskin the entire game and its sequel, Red Alert, and make a range of changes to many of its existing systems that improve everything from performance and audio to gameplay and mechanics.

The result is the Command & Conquer Remastered Collection, a chance for anyone who missed the seminal classic – and I’d wager there are a few – to experience it, as well as serving up a big old bowl of nostalgia soup to those of us who played it back in the 90s.

What’s perhaps most surprising is how well it stands up now. The highly improved visuals and animations add a wonderful sheen to the action, and you can switch back and forth between them with a tap of the Spacebar (or whichever button you map it to). There’s something oddly comforting about playing in the old resolution, but you’ll wonder how you ever really managed. The new skin is detailed and colourful, the animations much smoother and, well, existent. Ironically, one of Petroglyph’s greatest achievements here was exercising restraint – identifying what needed improvement and only fixing what was considered broken. Often revered as the grandparent of the RTS genre, Command & Conquer depicts a world where the Global Defense Initiative (GDI) is locked in a state of perpetual war with the Brotherhood of Nod, a pseudo-religious military outfit led by overly theatrical terrorists with names like Kane and Seth. Mission briefings and cutscenes often used real actors overlaid onto CGI backgrounds and, while it’s all incredibly hammy, it was also cutting edge gaming technology two and a half decades ago. While these cutscenes have been tidied up and are now presented at a higher resolution and framerate, they’re still pretty awful. The acting is unintentionally hilarious, combined with the costumes and sets to present something you’d likely see in a kids TV show from the same era. It might not resonate with newcomers now, but veterans and old fans will likely remember these scenes fondly.

There’s certainly nothing wrong with the strategy element, either. While the basic gameplay is less complex than some modern RTS games, there’s still plenty to juggle. From spawning troops to building up your base of operations, protecting your harvesters as they collect precious tiberium, and, of course, advancing on the enemy before they get the chance to advance on you, the constant chain of problems to solve couple with the stellar music to keep the pace high. Original composer Frank Klepecki has remastered the soundtrack to deliver those unforgettable tunes in a more modern way, and it’s hard not to smile like a kid from the beginning of a mission to the end. There’s something comfortable about the whole presentation, and that’s not down to nostalgia. With tweaks to the unit queuing system and the UI across both Tiberian Dawn and Red Alert, the Remastered Collection will be a joy to even modern RTS fanatics.

The multiplayer contains over 100 maps, and remains as fast paced as the campaign. The big difference of course is that human players tend to be way crafter than AI, and I always found the multiplayer to be a much more defensive game. In the campaign as long as you have tiberium to produce units you can keep hurling them at the enemy, but in multiplayer a canny opponent will force you to spend time and resources on defences instead of troops and artillery.

Bundling both games together is a masterstroke by Petroglyph, and one that delivers a huge amount of content to gamers. Undeniably distinguished in its comparative old age, this series is responsible for an entire genre. This Collection acknowledges that, treating the originals with nothing but respect and bringing them to a new generation of players who may have heard of them but may not have ever had the chance to play them. By modern standards they’re far from perfect, but if not for the games in this Collection the modern standards wouldn’t exist.