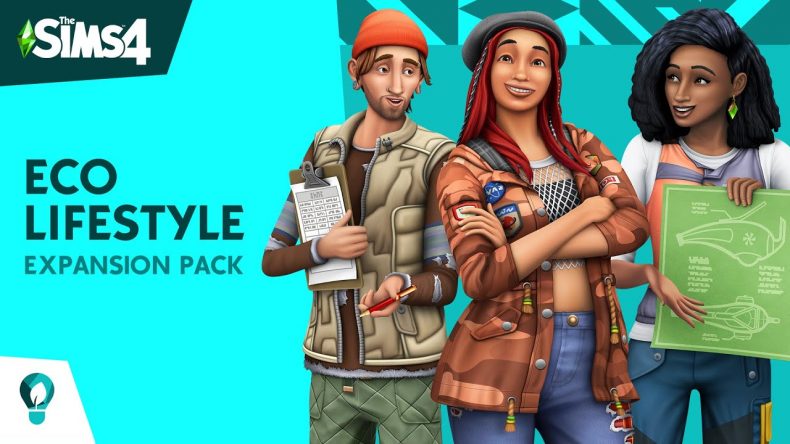 You’ve really got to hand to EA when it comes to The Sims 4. While everyone is happy to complain about microtransactions in games like Battlefront II, FIFA and Anthem, no one seems to bat an eye over the sheer cost of keeping up to date with Maxis’ beloved life simulator. There are now nine full expansions and almost two dozen gear and game packs. Why? Who knows – but it might be down to the fact that, while they’re entirely optional, every one adds so much to the overall experience.

My favourites so far have been the City Living expansion that let me live out my 90s sitcom fantasies and the Island Living pack which, well, adds so many dimensions to the game that it almost feels like a sequel. Now we’re onto number 9, the Eco Lifestyle pack and, while it doesn’t add anything as massive as a tropical island getaway or an inner city block, it still brings a huge amount of stuff to the table.

As you’d expect, this expansion is all about the environment, and the new zone is an industrial cesspit ripe for a makeover. That’s where you may or may not choose to come in, as for the first time your decisions can truly help to influence the world. The Eco Lifestyle content adds a “footprint” to all your districts that can be Green, Industrial, or Neutral, which affects the mood of all the Sims who live there. More than ever before, community is an important aspect of The Sims 4. Eco Lifestyle actively encourages you to speak to them and get to know them for more than just friendship and flirtation, now you’ll be able to build a new Influence stat that lets you persuade them to join your cause – a cause which has a tangible effect on the world thanks to the Neighborhood Action Plan, on which you can vote every week to influence the community focus going forward. You can vote to be greener, to recycle more, even for your Sims and their neighbours to be more pushy or more kind to one another.

Evergreen Harbor – the new living space – begins as a dingy, litter strewn, industrialised hole, but if you work for the right causes you can soon transform it into a much more desirable location. And in the meantime, you can now harvest refuse in order to improve your own lot or your community. Dumpster diving is a thing, as is growing your own food and generating your own power, allowing you to live “off the grid” in a self-sustainable commune, if you choose. You can make candles and furniture, recycle rubbish and food into new items and meals. A trip to the new bar allows you mingle with your community and whisper your political nothings in their ears, while you’ll often see small groups conjugating on the street and discussing the direction in which your neighbourhood is moving. This is especially important because it’s not just you who can influence the footprint; your neighbours’ homes all add to the pot, so to speak, which means if you really want to affect change you have to have some community spirit.

Additionally there’s now an improved bill system, introduced primarily to encourage you to live by your own means and recycle and reuse. The new Civic Engineer career also grants you more Influence as you advance through the ranks, giving you the power to make real and dramatic changes to Evergreen Harbor and its environs.

On top of all this, of course, is all the new stuff – which is arguably what many care most about. From furniture made from plants and old junk to recycled clothing, new crafting stations and decorations, there’s plenty here to spend your hard-earned Simoleans on. I really enjoyed the Island Living expansion and the world-within-a-world feeling it created, and The Sims 4: Eco Lifestyle does the same but in a drastically different way.

Encouraging community drive is one thing, but actively pushing you to consider the way your Sims live their lives for a greater good than simply having the best material possessions feels new and fresh even this far into the game’s lifespan. Eco Lifestyle is another game changer for The Sims 4, and a true home run for Maxis.

The Eco Lifestyle expansion feels new and fresh even this far into the game’s lifespan. Another game-changer for The Sims 4, and a true home run for Maxis.