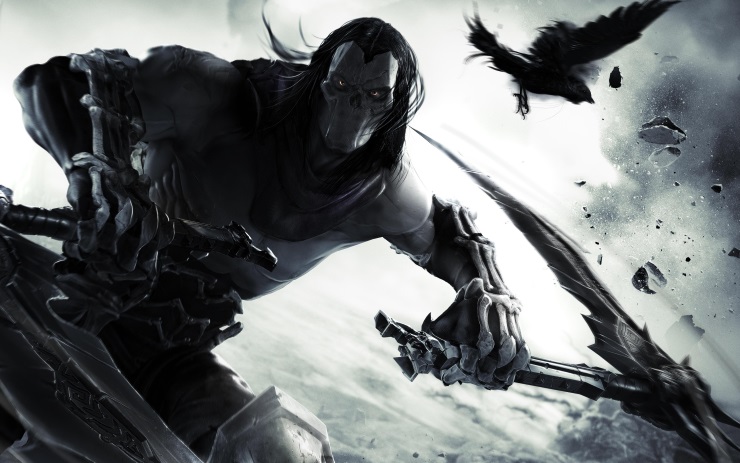 Switch Re:port covers the Nintendo Switch port/version of a game newly released on the platform. Darksiders 2: Deathinitive Edition originally scored 9/10 on Xbox One in 2015.

Despite having a title that sounds like you’re saying it wrong no matter how carefully you pronounce it, Darksiders 2: Deathinitive Edition is a decent enough port of a cracking game let down by some very iffy performance.

It tells the story of the Horseman Death (voiced by the inimitable Michael Wincott) who sets out to clear his brother’s name in a sequence of events that precedes and overlaps the timeline of the first Darksiders game. While the first game had elements of Zelda and Soul Reaver baked into its chewy, delicious crust, Darksiders 2: Deathinitive Edition maintains the core tenets but adds in a bevy of RPG mechanics such as equippable loot and skill trees.

The story and writing are exceptional throughout, as is the voice acting although Mark Hamill’s Watcher from the first game will forever be missed. Transposed to the Switch, Darksiders 2 loses almost nothing visually and flows fast and, for the most part, smooth, but there is noticeable freezing at times when the frame rate literally slams to a halt for a second and you wonder if it’s crashed. 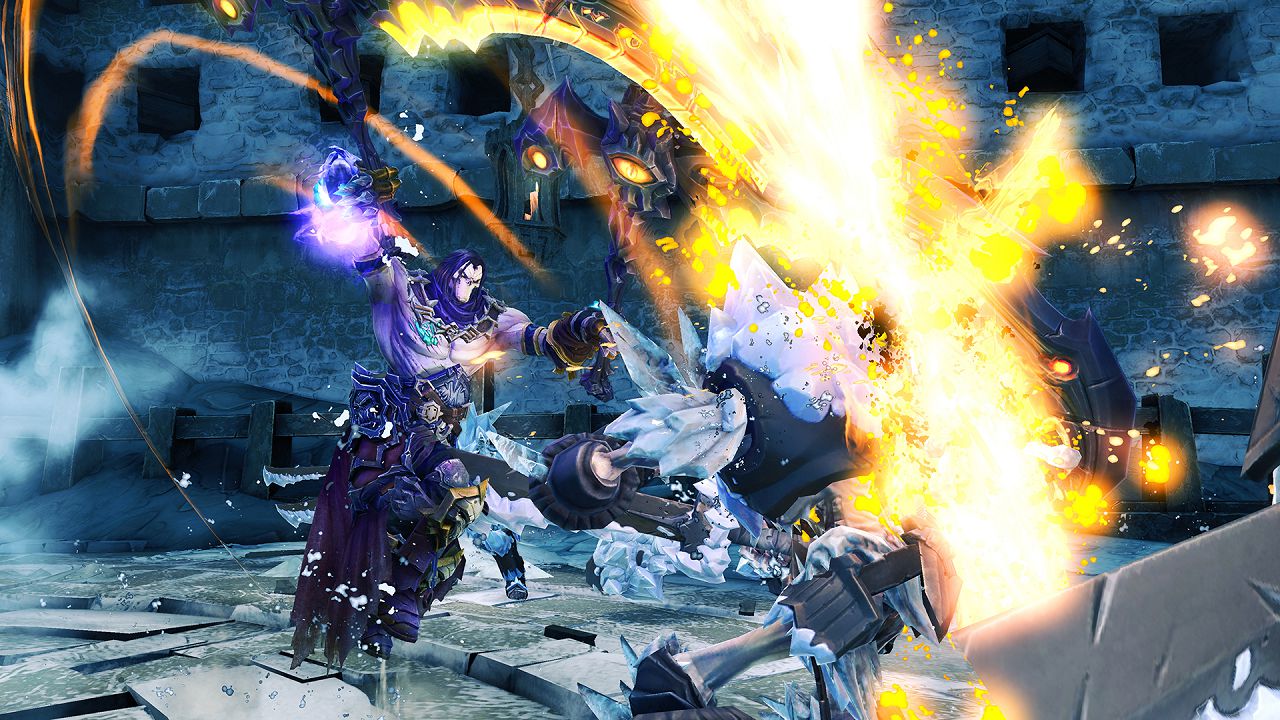 With the best will in the world, its difficult to ignore, as it takes you out of the action every single it happens. I wouldn’t go so far as to say that it ruins the experience, but it certainly mars it. In fact, the frame rate can be pretty inconsistent altogether. I’m all for making concessions for a port, but this is already a fairly old game and we’ve got ports of things like Diablo 3 and more recently The Sinking City with almost zero issues.

Luckily, the game is incredibly playable. Throwing Death around the environment is super satisfying, scaling walls and swinging across chasms. The Metroidvania-like structure works as well here as in the previous game, and backtracking never feels a chore because you’re always looting new weapons and armour, and the combat is so much fun.

Death’s primary weapons are the dual scythes, but you can equip axes, hammers, claws and blades to use as a secondary weapon, allowing for mixed combos and a variety of special attacks that make combat a cathartic thrill. Mix in Death’s handcannon, Redemption, and his steed Despair (who can be summoned much more often than War could summon Ruin), and Death has a killer arsenal of weapons and skills that feels hugely satisfying to build and utilise.

The Deathinitive Edition comes with all the DLC included, so in the latter half of the game you can spend time in the Crucible arena slaying demons, monsters and fallen angels for some cool, unique loot and a welcome challenge. Ultimately, this is a solid enough port that remains great fun to play, but I can’t turn a blind eye to the constant freezing and drops in frame rate. Recommended, but go in aware.

A decent port of a good game let down by technical issues.