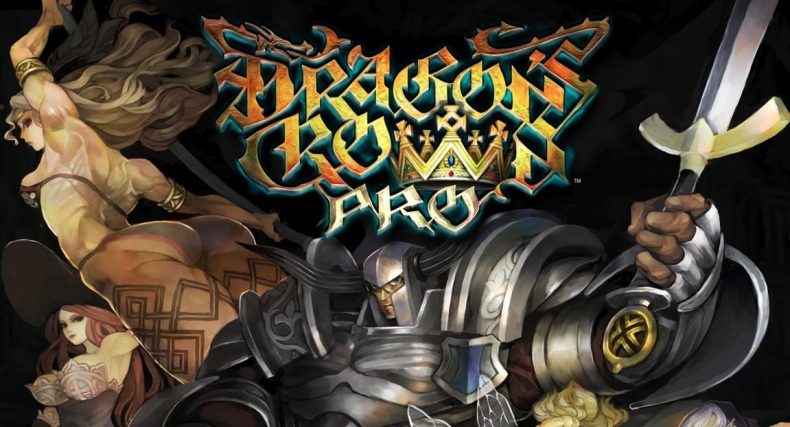 A lot can happen in five years. A child can go through the whole of primary school; nations can rise and be toppled; the DCEU can release five terrible films, video game publishers can sift through their back catalogue and realise how many games they’ve released that have passed that magical age wherein a re-hash is at least justifiable.

Call me cynical if you will, but I’m of the opinion that if you’re going to re-release a game, especially after five years, you should really consider adding something to it to make it worthwhile. In the case of Dragon’s Crown Pro, that hasn’t really happened. Sure, the visuals are a little brighter and it’s now 4K-ready, but aside from an improved musical score, there’s really nothing to justify why the PS3 version of this wasn’t just made backwards compatible. Fans of Dragon’s Crown who didn’t play it to death on the last generation or aren’t still playing it on the PS Vita (remember those?) might be tempted, but many will be put off by the hefty price tag. The addition of some DLC or extra content might have been more of a hook, but as it stands this is just the same game you’ve been playing for five years but with new music and a 4K sheen.

That said, it is an enjoyable hack ‘n’ slash action game with enough RPG-lite elements to keep it interesting. The story revolves around the titular Crown, an ancient artefact that your squad of die-hard adventurers has been hired to misappropriate. There are a handful of reused locations to ransack for weapons, trinkets, and treasure, but you’ll need to deal with orcs, goblins, giant scorpions, harpies and fish-men, among other things, along the way. Combat is at the heart of Dragon’s Crown, as you strike out from the central hub town into the wilds of Hydeland to deliver side-scrolling retribution to the hordes of evil. You initially have just one adventurer, picked from six classes: Fighter, Sorceress, Elf archer, Dwarf beserker, Amazon, and Wizard. As you progress you’ll come across mouldy old bones that you can resurrect at the temple in town to add a revived ally to your rank. Eventually, you’ll be able to take four heroes out at a time, controlled either by other players or the AI. They’re both viable choices, and necessary, too – even if it does get a bit messy when everyone is somersaulting all over the screen and splashing big, bright magical attacks left, right, and centre. A fairy will accompany you and allow you to solve mini visual puzzles in each stage, while a thief named Rannie is on-hand to pick locks and hoover up the loot you missed. Neither can be tweaked or upgraded, but they each add something to the overall gameplay.

Initially, it’s difficult to fail, but by the time you’ve worked your way through a good 8 to 10 hours it starts to get very hard, very quickly. The difficulty curve is a tad extreme, and once you’re out of money to resurrect people and buy curatives, it can become one hell of an uphill struggle. You can augment each hero with personal abilities using a Tarot card-like system, allowing the wizard to sling more devastating spells, for example, or giving the Dwarf a powerful whirlwind attack. There are also blanket abilities that increase the attributes and effectiveness of the group as a whole, and you’ll need to decide which are best to utilise if you intend to survive. Aesthetically, it’s slightly tricky to judge Dragon’s Crown these days. It’s still bright, and detailed, and the hand-drawn backgrounds and exaggerated character models are still striking, although the bizarrely oversized boobs and bumcheeks on show feel tackier and even less appropriate than they did in 2013. I mean, it is what it is, and it certainly doesn’t detract from the quality of the gameplay, but the world is different now, and there’s a whole new generation out there to offend. The new score, on the other hand, does improve the ambience and overall sense of epic grandeur, but a new soundtrack on an old game is hardly something to get worked up over.

Ultimately, Dragon’s Crown Pro is a good thing for people who missed it first time. It’s a solid, enjoyable game with a lot to offer fans of side-scrolling brawlers and action RPGs and the gameplay and art style have distinct personalities of their own. On the flip-side of the coin though, most people who ever wanted to play Vanillaware’s fantasy brawler will have already done so, and some may even choose to do so on PS3 or Vita, which is a hell of a lot cheaper. It’s even been free to download for PS+ subscribers before now. Dragon’s Crown a decent adventure in its own right, and one that certainly deserves attention, but this re-release is a pretty barebones affair.

An almost arbitrary re-release of a great game, Dragon’s Crown Pro succeeds on its existing merits but brings nothing new to justify the full price tag