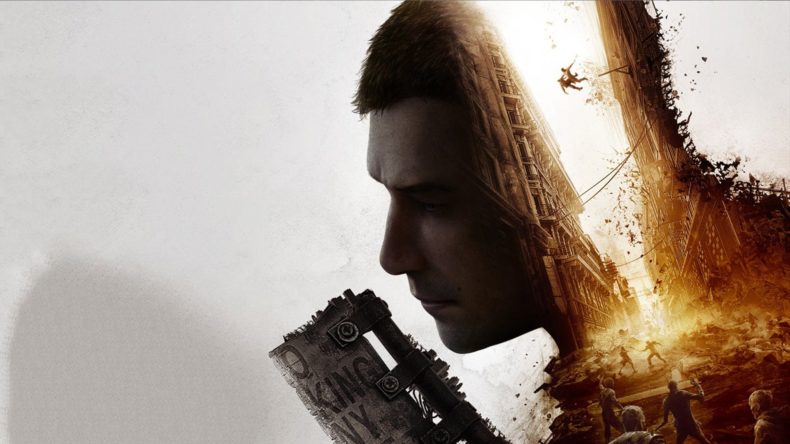 For nearly four years, the world has known about Dying Light 2. Its predecessor was a fun open world action RPG that relied on fluent parkour and combat to survive the night and save the world. While the story was generic and predictable, it had responsive controls and plenty to do. One thing I felt throughout the entire playthrough was that it doesn’t feel like a next-gen title. It could’ve quite easily released a few years ago. That’s not to say it isn’t an improvement on the original, but the visuals do feel somewhat dated. It’s a product of a lengthy development process, one that makes you wonder why it took so long.

Dying Light 2: A much better story

Dying Light 2 features characters you care about. The protagonist is still as generic as they come, but his journey to find his sister is one that keeps you hooked until the end. Arriving in the city as a pilgrim (a nomadic explorer), it takes a lot for people to trust you. However, as you speak to people and build friendships, the narrative becomes expansive and engaging. The most interesting characters are the ones you build relationships with. Lawan (voiced wonderfully by Rosario Dawson) is a bitter soul. She’s vulnerable, but has a big heart and plays an integral role in Aiden’s story. 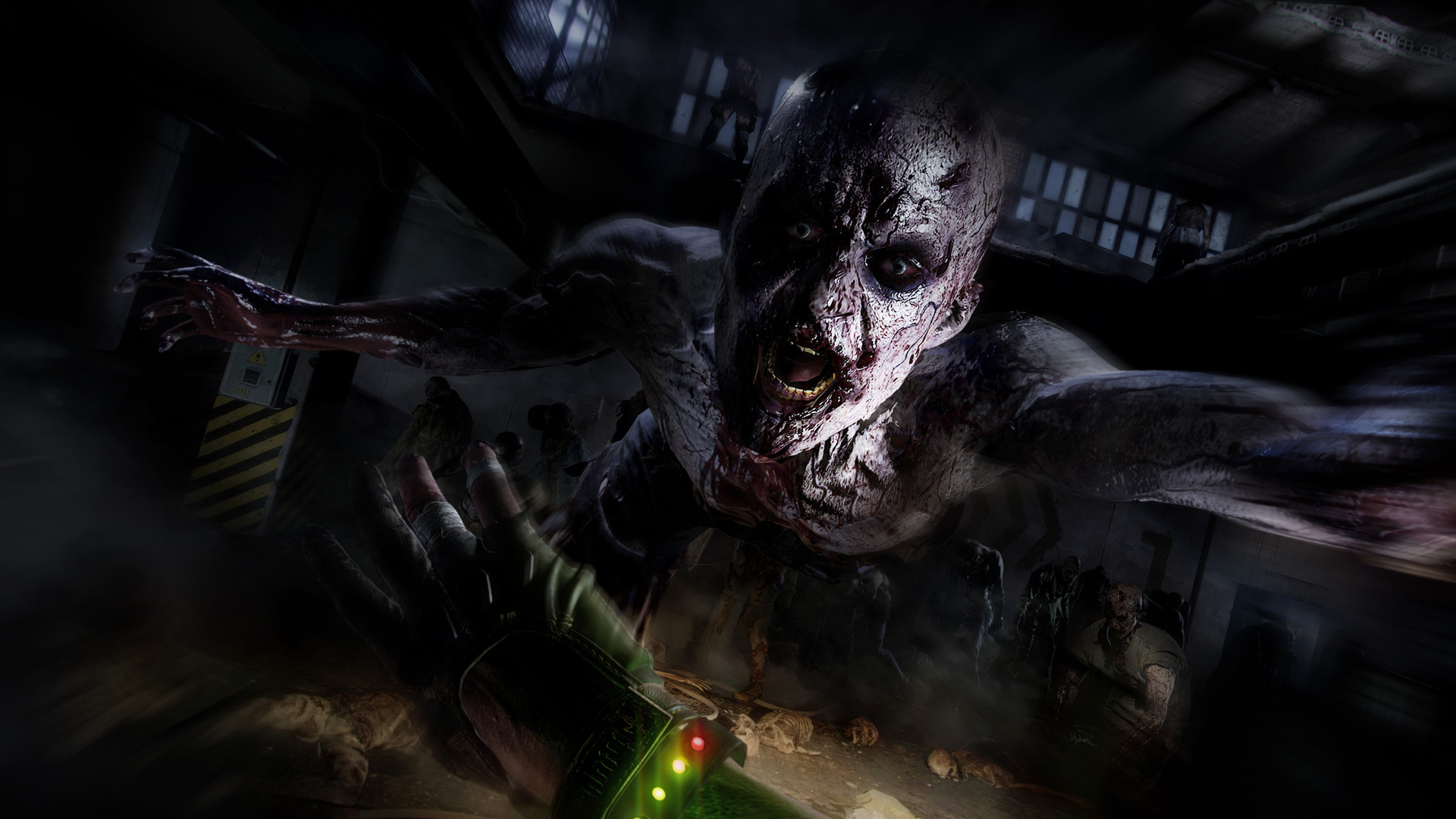 Frank is a deflated and jaded guy who doesn’t trust easily. He’s seen some shit, and has a hard time seeing a future that isn’t as messed up as the present is. The villain, Waltz, is a fascinating man that has ulterior motives, but shares a deep connection with Aiden that culminates in a big plot twist towards the end. The decisions you make have plenty of weight. On more than one occasion, I genuinely struggled to know what to do for the best. It’s clear Techland wanted to tell a more personal and engaging story than the last. Having these difficult choices make you feel responsible for the fate of the city. Whomever you side with, the developers want you to live with your actions.

When you’re finally free to roam about the open world, Dying Light 2 is liberating. With some fantastic upgrades to unlock that give you more freedom, the parkour is exhilarating. I always praise Mirror’s Edge for its approach to free running. When you choose to move across the map without fast travelling, you know it’s got you by the balls. I rarely jumped between Metro Stations to get across the map. Running across rooftops, using the paraglider, and swinging with the grappling hook is tons of fun. My biggest issue is that you don’t get these straight away, especially the grappling hook. Saying that, if you’re a completionist, there’ll be plenty of hours after unlocking the hook where you’ll be able to use it. 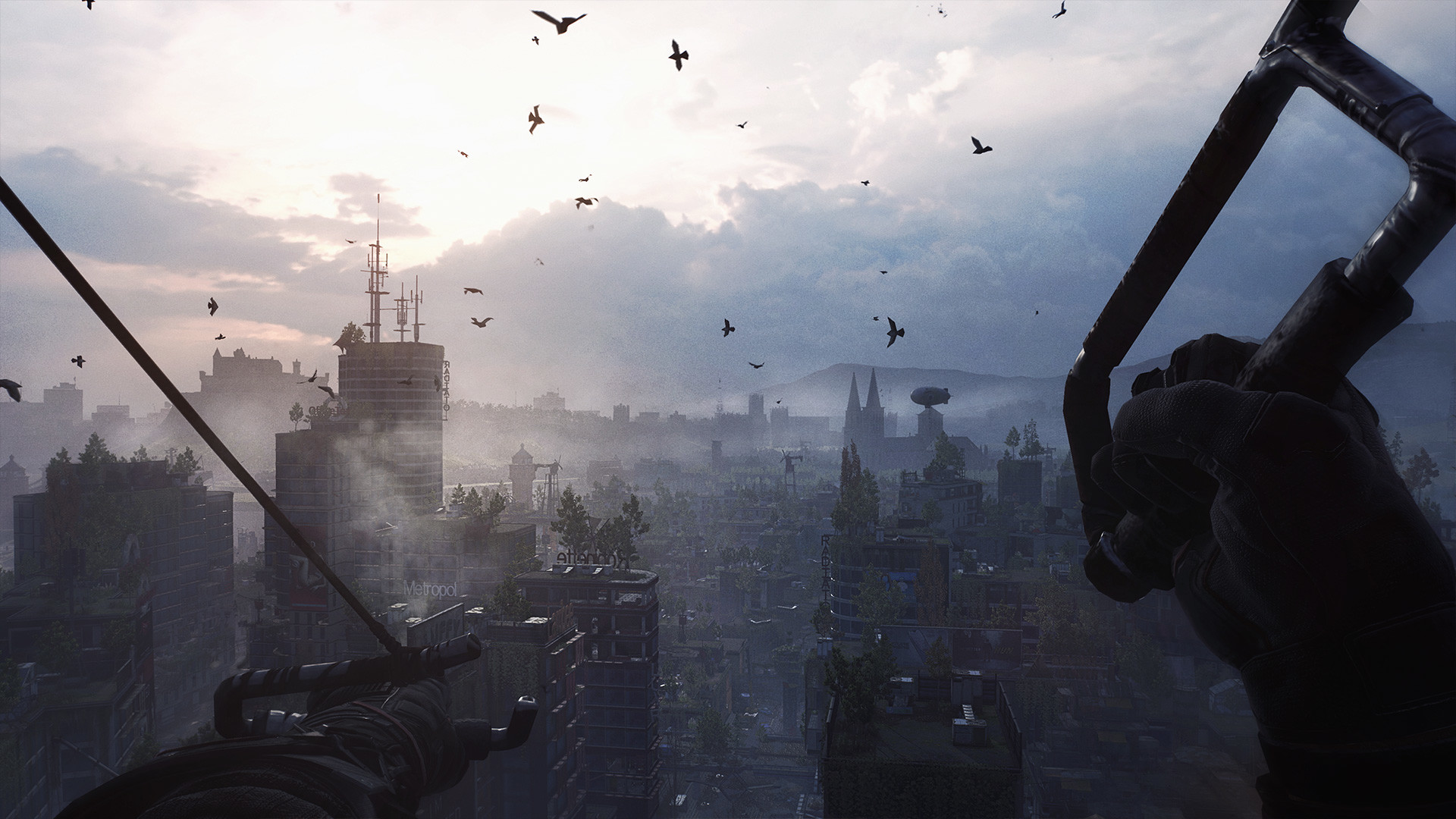 Combat is also a thrilling facet of Dying Light 2’s gameplay. There’re tons of weapons to find, ranging from bows to maces to machetes. Molotov’s, C4, and other explosives are also key components of Aiden’s inventory. Unlocking new combat abilities help when taking on larger groups of enemies, allowing you to be more proficient when in stealth, and improving Aiden’s power and general badassery. When combining parkour and combat, Dying Light 2 is phenomenal. When you look back at how you started off, there’s a satisfying progression that gives you all the right tools and abilities at the right time.

Outside of the main story, there’re plenty of side quests and objectives to get stuck into. City Alignment sees you taking control of specific facilities and giving ownership to the survivors or the Peacekeepers (or as the cool kids in the city call them, the PKs). By handing the reigns over to survivors, additional air vents, trampoline platforms, and other parkour aids open up. The PKs build more traps to take care of zombies easier. You can also unlock safe zones such as bandit camps that shield you from deadly zombies at night, and side quests that offer XP for completing tasks for individuals across the city. 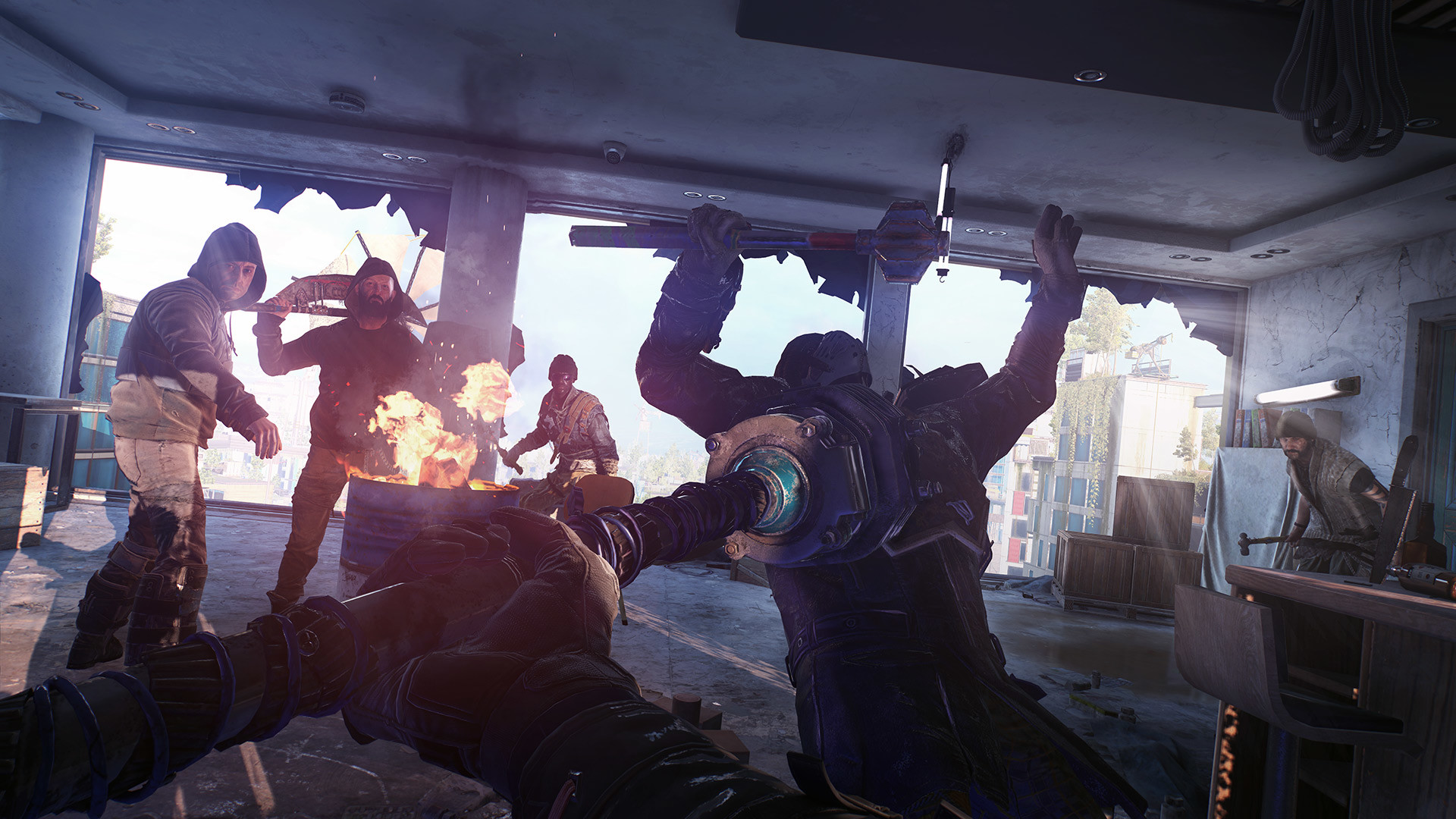 When night falls, the city becomes much more dangerous. Along with doing your best to avoid the streets in fear of being chased by hordes of infected, there’re tons of missions and tasks where you’ll be heavily rewarded. Forsaken Stores offer valuable crafting parts and Dark Hollows are where rare valuables are stored. Going in at night means fewer zombies are running around, but you’ll need to be quiet or all hell breaks loose. GRE Anomalies are also on the loose at night. These Revenants are powerful infected, but killing them gains access to Inhibitors, the one tool you use to permanently improve your health and stamina.

Throughout Dying Light 2, you’ll find crafting parts. By completing missions or visiting Craftmasters, you’ll unlock blueprints for new weapon mods and items. Not all weapons can be modified, but doing so adds increased durability of weapons and certain enhancements like electric charges. There’re special infected that drop trophies, which can be used to upgrade blueprints. The loop is addictive, and you’ll likely spend ages improving weapons, gear, and more here. On top of blueprints, there’re tons of crates and containers to lockpick. Inside you’ll find new clothing, weapons, and valuables, as well as inhibitors. At times it almost feels like Destiny or Diablo 3 with the amount of gear you pick up. 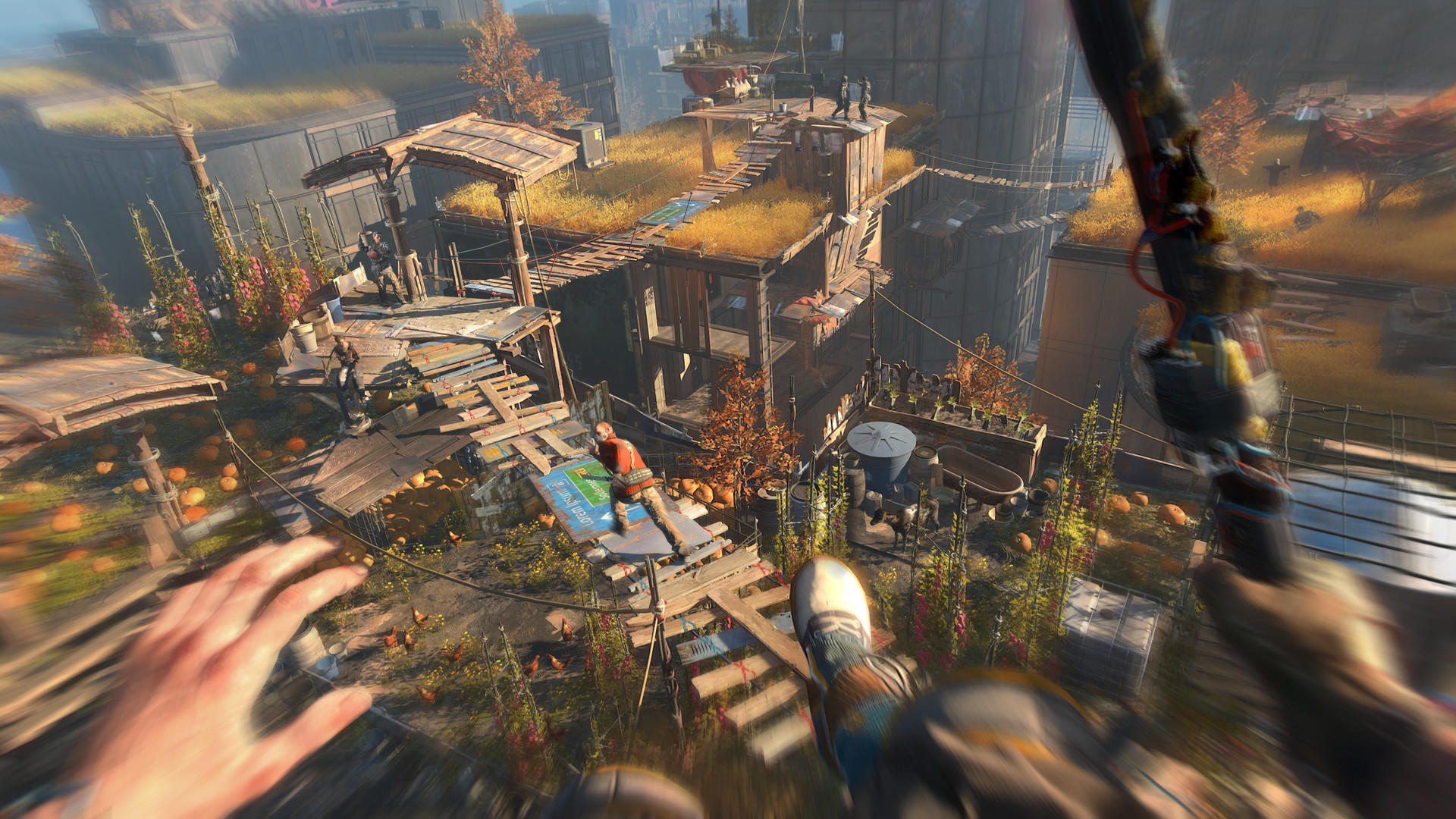 Throughout the main story, Dying Light 2 never gets dull or repetitive. The missions are engaging, as are the characters. You really feel like you’re fighting for something. Aiden may not be the most interesting protagonist, but his story is great. The visuals aren’t as good as they could be, but that’s probably down to how long it’s been in development. Gameplay wise, I loved every second of it. The night is always more terrifying than the day, and Techland has made sure you’re fully aware of the risk of stepping outside when the clock strikes 8pm. Dying Light 2 is a big improvement on the first game, even if it doesn’t feel like a fully-fledged sequel. Saying that, it does offer tens of hours of content, potentially hundreds for those willing to do everything, and when it’s this much fun to play, you’ve certainly got value for money.

While Dying Light 2 may not feel like a massive step up, it's still tons of fun, and the story is a powerful and engaging one, vastly improved from the original.