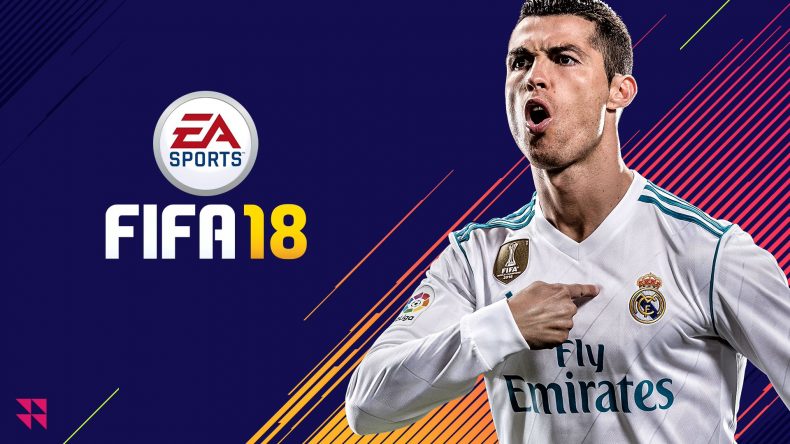 At some point, EA is going to break Ultimate Team out into its own mode. I don’t know when, but it feels inevitable that some form of subscription model will come in, and those of us addicted to the glory and defeat of FUT will be shepherded into our own pen, away from polite society and the people who just enjoy football games. I tell you this not meaning to sound negative, but because part of the reason FIFA 18 took me longer to write about than any football game prior to it is that it’s a massive package, maybe the biggest FIFA yet.

Notice, though, that I didn’t say “best”, because while it might well be one of the best FIFA games in recent years, football games live and die by Old Father Time. What feels fresh and unique now can irritate six months down the line.

Take Career Mode, for example. A mode that players have long request be on the receiving end of EA Canada’s loving touch, this year it has had cut-scenes added to transfer dealings. Now, instead of seeing a fairly plain screen that details the information pertaining to a potential player transfer, now you can get a short, interactive scene involving the target’s agent, where you can try to come to an agreement in a deal that suits everyone. Trouble is, it plays out in a weird stilted manner. The dialogue is displayed via subtitles, and despite mouths moving, nobody speaks. It’s papering over the cracks of a mode that deserves more, and the rest of it seems much the same, even down to the poor selection of preset managers, and how one of my major players got an injury in the first friendly and was out for 7 months – or maybe that’s just my luck. Importantly, it plays a better game than FIFA 17 did. With the default settings, FIFA 18 plays a rapid game of football, but it doesn’t feel as though you’re stuck in any one part of the field. Whereas in previous games you might feel the midfield has been bypassed entirely, here the entire field feels of use: important, even. Part of this is thanks to “Player Personality”, which equates to making the in-game players look and feel like the real-life ones. Ronaldo shouts “Siiii!” at just about everything now (probably even when he goes to the toilet), and you’ll see and hear that here (the celebration, not his doings). Bale feels like a powerful athlete, hulking defenders feel strong and tall, and they require smaller players to be clever about how the get past them. So far, so good, then.

Even better than making the very best feel like… well, the very best, is the fact that everything about FIFA 18 on the pitch feels less automated. Passes will go astray, just as they should, because they do in real life. Crosses will be cut out, keepers will make absurd saves: players make mistakes. This is a double edged sword, though, because I’ve seen some very strange defensive AI. If your two centre backs are charging out of the box while an over-the-top through ball is coming towards a sole striker, who gets a simple tap in, there might be a problem. Or maybe it’s just that they moved up together, trying to catch the attacker in an offside trap. Honestly, it didn’t seem the case, but without tearing apart code, I can’t know for sure. I can’t stress enough how fast FIFA 18 feels in spots. Against good AI or online opponents you almost need to set the pass up as it’s coming towards you. This isn’t unusual in a football game (especially online), but it can make for frenetic action, when perhaps you prefer a slower build up. Sliders are your friends, and messing with them will style the game to your liking. The football itself is good, but there still feels like room for improvement. It’ll be down to what you like, of course, but I cannot stand the modern corner system, and long for EA to find another way to make this important part of the game work. Free kicks feel good, but I never feel like I’m in full control of the direction of mine.

Elsewhere, while EA has added more animation to the players so that they can cancel out of things and make you have more control over where they go and what they do, the game still feels slightly over-animated, sometimes meaning you’re committed to something you wish you weren’t. It’s better than it’s been for a while, and the addition of the wonder moments means that suddenly magic can happen, though I’m not sure if I’d rather be in control of creating that wonder rather than have something magical happen just because of a random dice roll combined with where a player is in his animation. Headed goals feel superb, and the close control dribbling means you can jink around defenders and make a fool of them. It feels great using pace and skill, finding space and striking the ball into the back of the net, and part of this is thanks to AI attacking movement being better: the wingers will move for the ball more, now.

FIFA is still an attacker’s game, though. Defending is tricky, and against AI the ping-pong feel returns in full force. It’s frustrating to time three tackles well, only for the ball to still remain in the opposition’s possession because the physics somehow go against you. Slide tackles are slowly going out of the real-world sport anyway, but they don’t feel particularly good here, and the best way to defend remains not holding the sprint button, instead standing up against the attacker, waiting for the moment to stick a foot in, or just pressure them off the ball. It’s arguable that thanks to the breadth of modes, you could spend as much time in the menus as you do on the pitch. Ultimate Team returns and is the best it’s ever been. Everything you know and love has returned, but with mode depth. Squad Building Challenges (SBC) are more rewarding, and there’s loads of them, including repeatable ones which yield tradeable players. New to FUT are daily and weekly challenges, which aren’t a new thing to games, but here offer even more reason to boot FIFA up and have a quick go on it.

The crown jewel in FUT’s crown this year, though, might be Squad Battles. A single player (leaderboard based) mode that pits you against difficult squads and returns coins and packs based on how well you do each week, this is an addictive mode that doesn’t require you to face off against anyone online. It’s not revolutionary, perhaps, but coupled with everything else in FUT means there are more ways to earn rewards than ever, and less reason to spend real-world cash on packs. It’s possible that the rates for getting good players are lessened because of all of this, but so far I’ve had some good players and can’t complain there, really. I’d love to tell you about Icons, the new version of Legends, but outside of Squad Battles, you won’t see them: they’re rare just as they were before. Aside the standard other modes, The Journey is back as well, with a new story for Alex Hunter. It took many by surprise how good it was in FIFA 17, and it’s just as good here. There are mini-stories where you get to play as other people, and while I won’t spoil it, the opening is the mother of all teases to FIFA fans of old. Obviously there are big names appearing in the story, but again, I won’t spoil them here.

So it’s a very good FIFA, then. Fit to burst with content, with enough changes on the field to feel like a new game, but not quite enough in certain modes to truly feel revolutionary. The presentation is superb, with broadcast quality overlays that change depending on the region of team playing (and there are more of them than ever now). Some of the player likenesses have a strange, almost waxy look to them, but it’s not exactly bad, and that’s a minor quibble over a game that looks and sounds great, and remains a visually authentic experience. FIFA is rapidly becoming such a huge game that it’s possible you already know which mode you’ll be spending your time with, but EA must remember that all modes matter. Hopefully next year Career Mode will get the attention the phenomenal FUT has received.

While the changes across the board make for a better game than last year, there are still cracks that need cementing, not papering over. Evolution, not revolution this year for FIFA, then, but still a fine game fit to burst with things to do.