Imp of the Sun review 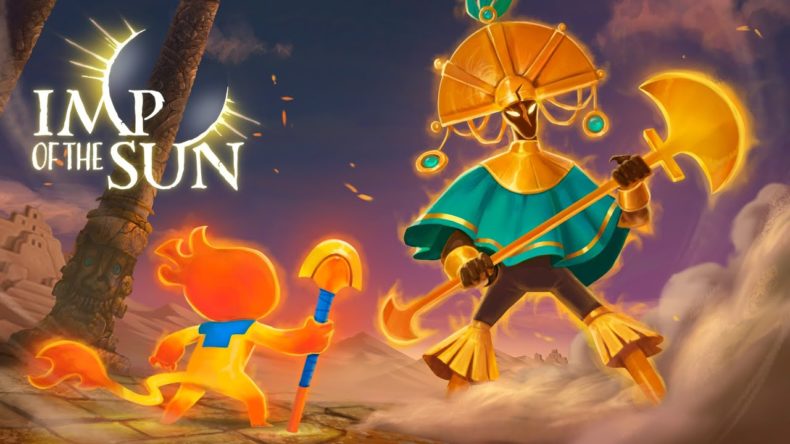 It’s always interesting to see how different developers tackle Metroidvania games, even more so when they release on Switch. The “little handheld that could” has access to so many Metroidvanias, from indie greats to the original games that literally gave rise to the genre. When I start playing new Metroidvanias today, I’m not going to expect everything to hit the peaks of the DS Castlevania games and Metroid Fusion, but I’ve been pleasantly surprised by recent releases like Record of Lodoss War – Deedlit in Wonder Labyrinth and Ori and the Will of the Wisps. On first glance Imp of the Sun shares quite a bit with Ori, with its lovely hand-drawn aesthetic and precision platforming.

So it turns out the sun is going out, which isn’t good. With its final spark it creates our hero, a little imp made of fire called Nin. Nin is given the task of preventing the Eternal Eclipse, by roaming the land and defeating the four keepers. It might not be the most original story in the world, but it gets the job done and introduces the titular imp.

The main hook of The Imp of the Sun is Nin’s fiery form. Heat is very much the lifeblood of Nin, and by using your Inner Fire you can recover health at any time. Inner Fire slowly regenerated out in the sun, while filling practically instantly when you stand next to a torch. The reverse is unfortunately true too, so if you’re in a cave you’ll get very few heat based benefits and water will empty that meter faster than you can say Eternal Eclipse. 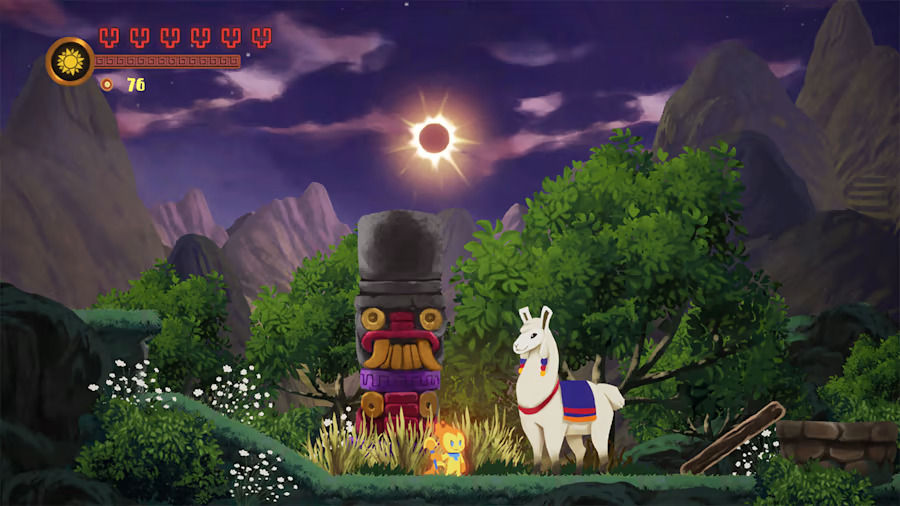 It’s a clever mechanic, but none of this matters unless the game feels good to play. Controlling Nin feels okay for the most part. Movement in general is a bit floaty, and trying to turn in mid-air is difficult to say the least. Worse than this though is the wall jumping. Some surfaces are worse than others, but getting this essential ability to work consistently was a little bothersome.

Each of the game’s four areas has an ability to unlock, from the aforementioned wall jumping and an air dash, to a ghost form that lets you move through certain walls. You can tackle the four keepers in any order, and don’t need any of these skills to progress outside the area they’re in. This is a nice idea in theory, but it really messes with the balance of the game.

The first keeper I beat was the one that unlocked the air dash, and because every other area doesn’t expect you’ll have this incredible movement ability it makes platforming trivial for the rest of the game. Alongside this you’ll upgrade Nin’s powers as you go at the friendly checkpoint reaper, which just makes you feel overpowered anytime you enter a new area. 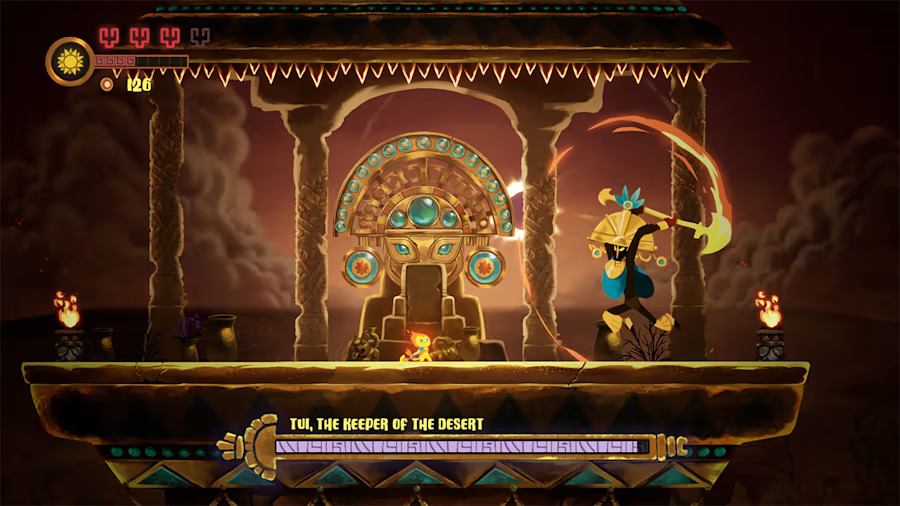 The upgrades are functional, but not particularly exciting. By paying some of the fiery currency you find by exploring or beating up baddies, you can power up your health, Inner Fire or attack power. By the end of the game you’ll have probably unlocked all of them, and although it’s nice to have a bit of progression I just wish it wasn’t so basic.

I haven’t mentioned the combat yet, and that’s just because it’s very simple. Your melee attacks feature one ground combo and one air combo, which you can extend by finding a specific collectable in each area. It’s another aspect of Imp of the Sun that while it’s totally competent, just feels a little lacking.

The absolute best parts of Imp of the Sun are the boss fights against the keepers. Each of these has a unique hook involving the new power of that area, and they’re a ton of fun. The standouts include a hulking golem you have to climb up to damage the head, and a charging foe that can only be damaged once you turn on all the lights. They’re very creative encounters, and there wasn’t a single boss fight I didn’t enjoy. 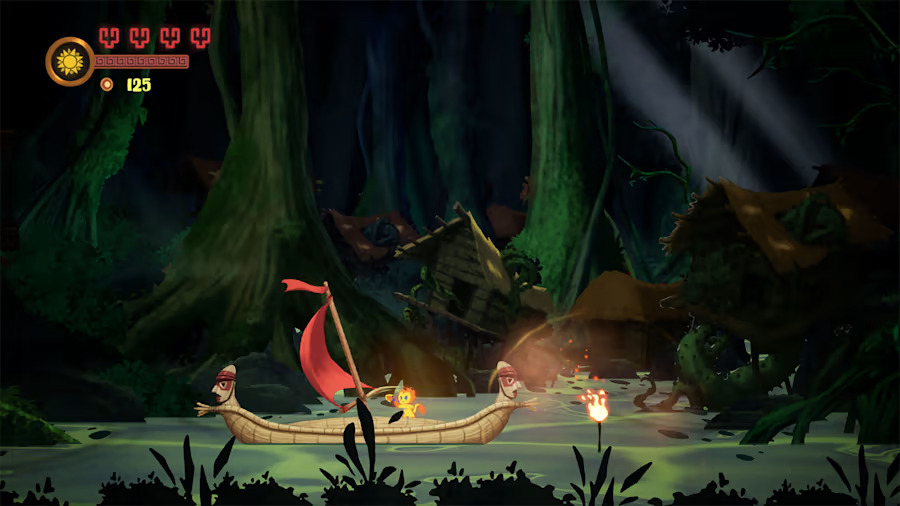 Finding collectables is entertaining too, especially as they test you to use your abilities outside of the area you gained them. There’s the currency of course, as well as bits of lore if you’d like to learn more about the world and treasures you can sell for more cash money. All these shiny collectables are very well placed, encouraging plenty of exploration and backtracking to areas you’ve already beaten the boss of.

Performance is always an important discussion point when it comes to Switch games, and unfortunately Imp of the Sun has some issues in that department. It isn’t ever terrible, but the framerate is low throughout and regularly drops. When this happens during a particularly tricky platforming section or a boss fight it can be significantly distracting, and definitely caused me to take some hits I wouldn’t have.

Imp of the Sun is a perfectly fine Metroidvania, but it has a few too many problems to recommend it over its peers. The Inner Fire mechanic is interesting and the boss fights are creative, but slightly ropey platforming and some balance issues hold it back from being an essential purchase.

Imp of the Sun isn’t a bad game at all, but with a few issues and so much choice when it comes to Metroidvanias it’s tough to recommend