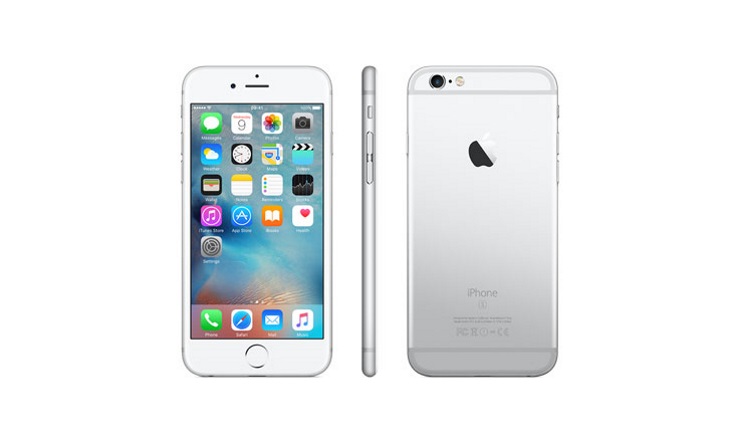 Upgrading from my trusty old 5s to the iPhone 6s has been a painful but interesting process. I’ve resisted the urge to fall under Apple’s spell truly and upgrade every year, and thus I’ve watched on from afar as it seems to be the trend to go from a small, handy-to-pocket phone, to a hulking great beast of technology that barely slips into your jeans without nudging your ample crotch. And being completely honest with you, having gone back to the 5S after a month with the 6S, I’m not missing it as much as I thought I would.

Starting with the size, the 6s is a large phone. Of course it’s nowhere near the goliath that the plus-sized model is (and yes, I’m going to work in as much sexual innuendo as possible throughout this review, so you’ve been warned), but good things often come in small packages, and Apple seem to have forgotten that in the quest to design the hot new thing that everyone queues up to buy for some unknown reason. Anyway, the first thing I noticed when making the jump to a far larger phone is that Apple seems to have invented a solution to a problem they created: if you’re finding the top of the phone too hard to reach, you can double tap (although not actually tap, because that’ll bring up the menu to switch active apps – but double fingerprint seems too saucy even for me) and it’ll bring the screen down to the half-way point, allowing easier access. It’s cool that this exists, but, again: this is a solution to the problem it has created with the larger screen.

But I’ll stop moaning for a second about the size, and instead tell you that the screen is glorious. Not only can it display 60fps videos on YouTube (and the more you use that, the more you don’t ever want to go back to anything lower), but it just looks nicer than any phone I’ve ever used before or since. It feels sturdy, but the slimline body worries me slightly. I wouldn’t want to drop it, but then what kind of idiot would want to drop any expensive piece of technology, ever.

Watching Apple try to add new things to their phone year on year is a fascinating thing, and the 6s has an interesting new feature in that the touch screen is pressure sensitive. Called 3D Touch, holding your finger or thumb down fairly hard on an app will bring up options that cut out menus. For example: push down on the text messaging app and you can instantly text someone, or thumb it in with the instagram app and you can jump right to taking a picture of your burger that nobody cares about – and yes, I’ve done that.

This also works inside apps, so if you’re looking at a list of text messages, thumbing down (I’m coining that term right here) on one will bring up a preview of it, allowing you to quickly reply. Likewise, reading an email has that same preview functionality, but it stretches to maps, etc, and it’s cool but also something that either isn’t actually highly usable, or takes longer than a month to get used to.

One thing that blew my mind and made me want to consider sticking with the 6s, however, is that the battery life is astounding. I mean, not literally astounding, but comparatively so. Being able to finish the day with 50% battery still left doesn’t seem like much, but when you’re plugging a 5S in at 20% power when it’s only lunch time, it’s a big deal. And I stress tested this thing, big time. Going out for the day and working from the 6S entirely? Not an issue. Filming 4K video using the built-in camera and editing it on the phone? Easy. Christ, it was laughing right in my face when I used RunKeeper for five hours while listening to music and podcasts, as if I was some kind of idiot to dare challenge its battery life. The thing makes a Duracell-powered rabbit look like it’s running on on cheap Tesco batteries. There’re also some oddities, like capturing moving pictures. We used to call this video recording, but now it’s a still image that when captured, records a few seconds of actual video. For the life of me I can’t work out what this is for, but I did capture an amazing video of my wife looking daft that she won’t let me show anyone. These live pictures (again, this is just a video) feel like they are for creating GIF memes, and are a lot of fun, but not a feature you upgrade for, even though they did have my whole family in paroxysms of laughter. Strangely, the camera itself doesn’t appear to fit the body of the phone, which means it sticks out and doesn’t lie flat when placed down. I didn’t have a huge issue with this, but it does mean most will want to buy a case.

But there are plenty of positives, elsewhere. The fingerprint unlocking is the quickest I’ve ever seen. It’s so rapid that trying to show someone how good it was resulted in it unlocking without even showing the fingerprint option. Apple pay works superbly, and I can only imagine how brilliant it is combined with an Apple Watch. It’s an incredibly fast device, too, making it a genuinely excellent gaming phone, and a device that you can multitask at a rapid pace if you need to work from it.

But one of the biggest positives (if you’ll indulge me, because I believe in giving a shout out to good service) I noticed actually came from the fact I was using a different network. Having been with Orange for over fifteen years (now EE), switching to Three for the duration of this review was like night and day. Areas I would almost always lose signal (or struggle to get some), Three excelled.

This isn’t a review of a network, of course, and the 6s is a wonderful phone with some caveats: firstly, it’s a big phone, and even with the option to make the buttons and text larger, or to bring the screen down half way, it’s still going to be slightly uncomfortable for people with smaller hands. Secondly, the features coming from a 5s to a 6s make the 5s seem like an old, ancient piece of crap, but those who have a 6 already may not feel the same.

The battery life combined with the speed and general ease of use mean I want to keep the 6s and make it my phone for a few years. In fact, I’d go so far as to say that if I could afford it, I’d do that and get an Apple Watch, fully drinking from the cool-aid. But when something just works, it works. You already know if you like Apple phones (I do, a lot), and if you do, then this is the best one it’s ever put out – just don’t expect a revolution if you’re coming from a 6.