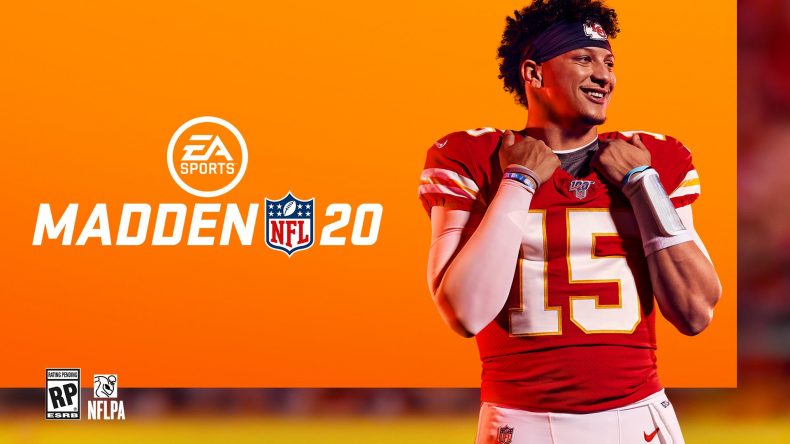 Another year, another Madden, and with it the prospect of some new features completely different to last year. Annual releases within the sports genre either manage to do something drastic to make it stand out from the previous entry, or instead feel like a similar title with a fresh lick of paint. Madden often manages to implement a few new features pretty well, and truth be told it has done with Madden NFL 20, but the two main modes fans sink their time into feel untouched apart from a few menial changes, making Franchise and Ultimate Team rather similar to last year.

In terms of this year’s story mode, there’s no more Longshot. After Madden NFL 19‘s lacklustre follow-up to Colt and Wade’s adventures on the Gridiron, it’s nice to see a different approach to the mode, especially with the reintroduction to college football. Face of the Franchise: QB1 sees you start as a custom quarterback picking one of the 10 college teams. Even though you’re only playing two games in the NCAA, it was cool to see the likes of LSU, Florida State, and Miami available to play for.

After you’ve played at college, it’s time to impress at the Combine, and depending on how you do you’ll be drafted onto one of the 32 NFL teams. There’s a lot more actual football to be played in the career mode, instead of the repetitive ‘plays’ from last year. There’re also some nicely implemented story segments that give each game you play and each decision you make a bit of weight. I won’t ruin these moments for you, but Madden NFL 20 does retain some of the emotional heft felt in the previous two years, making much of the pre-NFL segments of the Face of the Franchise mode well worth playing. It doesn’t last for long, and as soon as you reach the bright lights and million dollar contracts of the big time, it becomes more of a Franchise mode, although there’re still some story elements as you play. By the time you’re in the NFL, you’ve already shaped the type of quarterback you want to be, and having this backstory as such makes the otherwise unchanged Franchise mode worth playing.

Sticking with the ‘if it ain’t broke, don’t fix it’ mantra might be OK for some people, but it would still be nice to see some improvements and new features in the mode. Contract negotiations aren’t as easy to manipulate, with players harder to acquire due to them growing more of a backbone when it comes to signing with you. Also (as in FIFA) players alert you to specific requests, and if ignored can affect their morale. They’re small additions and don’t do much to change the Franchise mode on any great scale, making it more or less the same experience as before.

Ultimate Team in almost every EA game fails to feature any big changes with every new release, and Madden NFL 20 is no different. Apart from a tweak to how the challenges play out, it’s hard to spot anything that makes it feel different from last year. We’re getting to a point now where the way MUT is implemented should be approached in a new way, and that the mode itself should be separate from the annual releases as some sort of Warcraft/Overwatch base game. Not enough is changing, and it would make more sense to keep your team from one Madden game to the next instead of starting again, but hey, it’s just an opinion. What it all boils down to, though, is how Madden plays, and boy, does it feel good. Runs against a tight offence give you more of a chance when stiff-arming them. There is more definition in the running game that gives you better movement when heading towards a first down or the End Zone, and your options for evading a tackle feel more purposeful this time around. On the flip of this, breaking down your opponent’s offensive line gives you added control, and you’ve got a stronger chance of sacking the quarterback if you’re making use of vulnerabilities in their defence.

The implementation of the new Superstar X-Factor mechanic makes every game different, and makes you attack every play with a more tactical approach. This means NFL’s star players can activate their X-Factor ability after completing some basic challenges, and when you’re facing down a charged Khalil Mack, you better get that ball to your Wide Receiver sharpish. Zach Ertz becomes a massive threat when passing to him as he’ll rarely fail to catch, whilst Defensive Ends such as Aaron Donald and J.J. Watt will greatly pressure the QB upon completing a couple of sacks.

Whilst some teams have more superstars than others, it’s realistic in the fact that teams like the New Orleans Saints’ impressive offence made up of guys like Drew Brees, Alvin Kamara, and Michael Thomas, all possessing Superstar X-Factors are going to walk all over a team with a weak defence i.e. the New York Giants. That’s just the way American Football is unfortunately. However, if the Saints go toe to toe with the Chicago Bears it will be a different story, as I found out the hard way! With the defined controls giving me a smoothness unlike any other Madden game, the moments where I have my star players in their element made each game a dream to play. There’s still the occasional miss-step when it comes to messy tackles, with bodies falling awkwardly and body parts appearing where they shouldn’t. The AI is improved from the last game, so I felt less inclined to commit every tackle myself, but sometimes you’ll find that your Linemen may miss a perfect opportunity to stop a running play. When it comes to your passing opportunities, players find room well, often tweaking their positions to get away from the defence. It’s in these moments where plays become satisfying and allow you to enjoy the best of what Madden’s gameplay has to offer.

Presentation is once again phenomenal. Stadiums are defined with superb detail and colour. The fans move more naturally, and every animation from the reactions of your coach after a failed attempt to gain yards, to the camaraderie between your offence after a touchdown, is incredible. The commentary team of Brandon Gaudin and Charles Davis continue to provide great on-the-fly analysis, and rarely do they repeat the same lines like other EA Sports games. The sound design is also sublime, as every grunt, hit, and tackle provides every play with a sense of grandeur and realism.

Madden NFL 20 is a fantastic game, even if much of it features are just fine-tuned from the last entry. The Superstar X-Factors make the games much better and provide you with different ways to approach each play, calling audibles at the last minute to approach a fired up superstar. Franchise and Ultimate Team are feeling stale, but the new Face of the Franchise mode does just enough to give you a new way to appreciate your time playing through an entire season with an NFL team.

Madden NFL 20 is a great American Football game, and whilst it's better than last year, some of the mainstay modes could do with an overhaul.