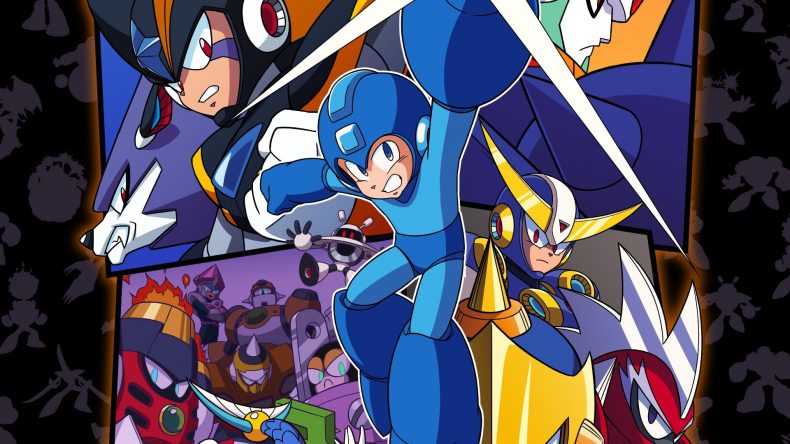 Nostalgia is a dangerous thing. It can bring forth memories of wonderful times; of playing classic games with friends and family; of finally beating that bloody boss. Nostalgia can also sully those memories, as you realise that some games should remain in the past.

Unfortunately, Mega Man is often part of the latter form of nostalgia.

I’m sure there are retro gamers reading this, readying their furious responses on Twitter or wherever, but Mega Man never needed to be as difficult as it was. Mega Man Legacy Collection 2 proves this, with some boss and level designs that aren’t even clever, just simply the cheapest nonsense for which any of today’s games would be lambasted. But before you grab your torches and pitchforks, I will say that it’s not all bad. Capcom’s latest collection of the little blue lad’s games features four Mega Man titles: Mega Man 7, originally released on SNES; Mega Man 8, from PS1/Saturn days; and Mega Man 9 and 10, that were released via download for PS3/360/Wii, but reverted to the 8-bit visual style of the original games. It also offers challenges and a few new features, such as the ability to save checkpoints and even activate extra armour, in order to lessen the harshness of the difficulty somewhat.

The ports themselves are impressive, with no performance issues whatsoever. Mega Man 7 and 8’s more colourful and varied visual design shines even when stretched to a high resolution, and the 8-bit look of 9 and 10 appear equally great. There’s no escaping the fact that Mega Man’s original look is iconic. There’s also no escaping that the first Mega Man Legacy Collection came with six games but this one only comes with four and none of them are Mega Man X, the game almost every fan wanted. That said, four games for the price of one? Still good.

The gameplay is solid and as simple as it has ever been: Cross makes the little fella jump, Square shoots and, in the case of three of the four games, Circle acts as an auto-fire that comes in handy during tense boss fights. L1 and R1 switches between unlocked weapons, which are gained through the murdering of boss robots. Although it is possible to finish the games without using a single one of these extra weapons. This has always been the Mega Man formula. You’ll get the choice of several bosses to challenge, in any order you want, and should you make it through their themed levels alive, you’ll then have to fight your chosen boss character. Each one has its own move-set and pattern, and you’ll be required to learn those pretty quickly, or accept the consequences of your inevitable death.

But you’ll die anyway. This is down to the cheap design I mentioned earlier. One boss runs at you and will jump whenever you do, meaning that it is nigh impossible not to take damage during the fight. Each hit will drain your health bar excessively and the frustration will soon get to you, especially when you find yourself with a fraction of health by the time you even reach the boss door. This design extends to the levels themselves, like when flying enemies appear and hit you as you’re jumping over a bottomless pit. Instant death drop. Instant irritation. This was a thing often seen during the NES-era, but by the time Mega Man 7 was released on SNES, this practice was unacceptable, so when it happens in all four of the games in this collection, it really is inexcusable and no amount of rose-tinting will mask that. It still offers a reasonable amount of fun though. Many of the levels are designed well, in spite of the obvious issues, and the music is a real highlight. From the iconic opening theme to the general level and boss tunes, the Mega Man soundtracks have always been fantastic examples of chiptune music. It never gets old or repetitive either, just good stuff for your ears at all times.

It remains difficult to recommend Mega Man Legacy Collection 2 to anyone but fans of the series, because the games contained within are nowhere near Mega Man’s best. Fans will enjoy the Museum content, filled with development artwork that even allows you to fight each boss separately, direct from their artwork icons. However, in a world where Shovel Knight exists and really showcases the Mega Man formula better than any of Capcom’s games, why would new players bother trying out some of the least impressive Mega Man titles?

4 games in one
Nice soundtrack

Mega Man Legacy Collection 2 offers four reasonably decent games for the price of one, but none of them really have any nostalgic value and so their obvious flaws become all the more apparent as a result.