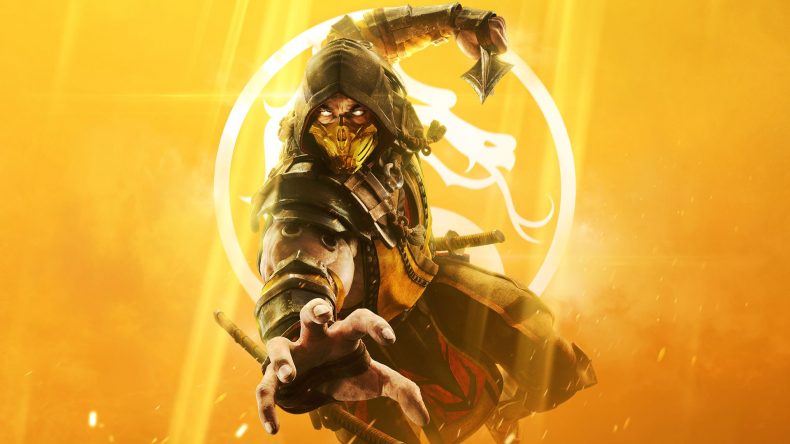 There are few fighters I adore as much as Mortal Kombat. It’s a series that’s been with me for over 20 years, and I’ve got plenty of fond memories of playing various iterations from the debut right up until 2015’s Mortal Kombat X. Of course, the series has seen plenty of changes throughout the years, but since the reboot back in 2011, NetherRealm Studios has managed to put out one hell of a polished fighter, and Mortal Kombat 11 is about as good as they come. I’ve still got to test the online sections out, so as soon as the game goes live I’ll spend more time seeing how the servers are etc, and there’s plenty of scope in the customisation that I haven’t had enough time with, but as soon as I do I’ll update the review.

The current roster sits at 25 fighters, and each one feels unique. Depending on how you play, there’s someone to fit your style, and when you get that relationship going with your main, there’s seldom feeling like it. If you prefer close combat and plenty of power, fighters like Jax and Shao Kahn utilise their strength to get the job done, but if you want speed, Kabal and Kung Lao might be more your thing. Series stalwarts like Sub-Zero, Scorpion, and Raiden are back, but MK11 introduces new fighters like Geras and The Kollector to make things interesting. Normally, I find it relatively easy to find someone I click with, often opting for Sub-Zero or Kung Lao, but I was hugely impressed by how Johnny Cage plays and how he isn’t as sluggish as in MKX. It’s probably down to how smooth the game plays in general as to why fighters who may not have appealed in the past feel fresher and more refined here. Each fight has lightening quick response time when inputting combos, and there’s a wide variety of moves to give you a run of successful attacks. Special attacks can do significant damage, but other combos can also do great deals of harm, and using the right shoulder button can also improve certain moves by making them do more damage, but it’ll deplete some of your offensive meter in the process.

Both your defensive and offensive meters can be utilised to give you even more control on performance. The new Perfect Block system can give you an advantage if you time your blocks, giving you a window to derail your opponent’s attack and unleash a combo of your own. Your offensive meter can be used to increase the damage done of special moves, at times making them last longer and look great as well. To maintain the balance, NetherRealm has gone to great lengths to give every player a chance until the final moment, and the Fatal Blow mechanic gives you one last opportunity to turn the tides of battle. If your health drops below 30%, pressing the two Trigger buttons together unlocks a cinematic where you go to town on your opponent. It’s like the specials in Injustice 2, and whilst it looks cool and takes off a significant portion of your opponent’s health gauge, there’s always a chance for them to still finish you off. Even when you’re on the receiving end, there’s always an opportunity to recover, making every battle uniquely challenging. Brutalities and Fatalities are stunning, and when you get it right, it’s a perfect stamp on a victory. Everything about the fighting is incredible, and I’m still finding new ways to use my moveset in a fight.

Customisation has been drastically improved to give you a great deal of control on each character. You can change skins, equip new pieces of clothing, totems, and weapons, and even rename custom get-ups. On top of that, you can chop and change your special moves as well as your Brutalities and Fatalities, giving you the tools you need to finish off your opponent in style. You can also unlock new intro cinematics to see you enter each fight like a badass. These can be unlocked through the Towers of Time mode, a similar mode to Injustice 2′ Multiverse, as well as opening boxes with your coins in game in the Krypt. The Kampaign can be finished in around four hours, and whilst it’s shorter than expected, the effort that’s gone into making it worthwhile is clear from the start. After Shinnok’s defeat at the hands of Raiden, the balance between the realms is unsteady, leading to a potential end to existence. Kronika – the game’s new big bad – plans to reset time and remove Raiden from history, but her methods of doing so bring out some of Mortal Kombat’s biggest enemies to aid her. Playing with time also brings back some classic versions of characters like Lui Kang and Johnny Cage, including some fan service which does a fantastic job of putting a smile on your face. There’re also some tragedies along the way, but it still manages to provide one hell of a journey and some incredibly memorable fights.

There’s still lots more of the game I want to spend more time with, so for now this is a review in progress. I haven’t been able to dabble with the online modes properly, and I’m still playing around with the customisation, the Towers of Time, Klassic Towers, and some other modes, but so far I’m in love with it. Not only has it improved on what made Mortal Kombat X so good, it goes one further and improves on Injustice 2’s gameplay to give such a balanced, satisfying, and bloody set of systems, making every fight challenging and exciting.