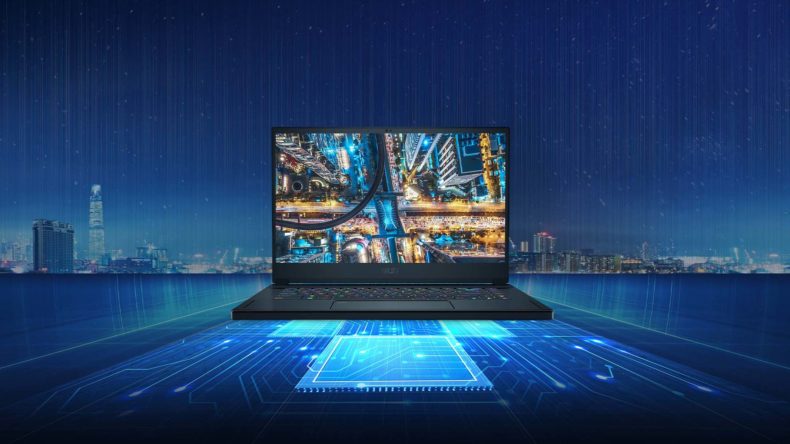 I’ve been fortunate to review some impressive laptops in my time, but none quite as breath-taking as the MSI Stealth GS66. This tier of laptop comes at a price though, with the high end version of the Stealth clocking in at close to four thousand pounds. For many this will be a cost that is hard (or let’s face it impossible) to justify, but this impressive bit of kit does its best to tempt those who have the means to splash out on it.

Right out of the box the MSI Stealth GS66 impresses with its deluxe packaging. A premium box sporting all the MSI branding contains the powerhouse itself, and there’s also a separate charger as you’d expect.

On first glance the Stealth isn’t the most eye-catching laptop in the world, but that’s kind of the point. The clue is in the name. This laptop isn’t supposed to look like something you’d find sitting on a desk in a sci-fi movie, it’s supposed to look like a high end business laptop that a hot shot executive would flip open with a flourish. Sleek and stylish, the MSI Stealth GS66 is both an office laptop and gaming beast in one. 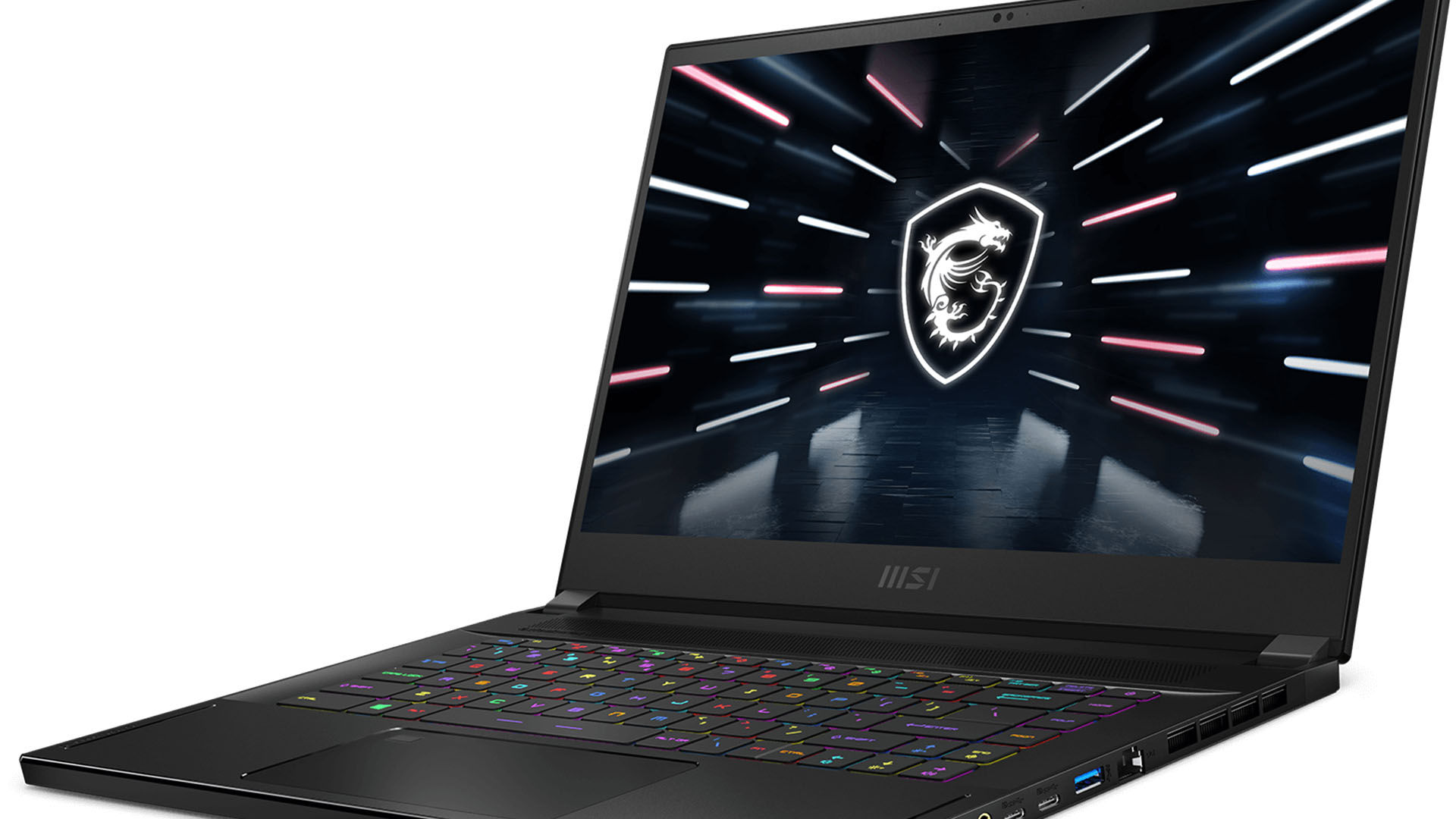 This is all well and good for professionals, but what about the rest of us who want to show off our shiny tech? Well the backlit keyboard does just that. The Stealth has the most spectacular RGB keyboard I’ve ever seen, with the lettering of individual keys coloured to create a beautiful effect that’s not so bright as to be distracting. The laptop comes with a program to change the key colour to suit your style, but I honestly couldn’t imagine swapping out the delightful colour changing rainbow it defaults to.

We should probably talk about what the Stealth has got going on under the hood, because that’s where all that money is going. For gaming I haven’t experienced a laptop quite like the MSI Stealth GS66, which rams everything I threw at it on Ultra settings at 60FPS at a bare minimum. Whether it was my Game Pass favourites like Forza Horizon 5 and Halo Infinite, or this year’s megahit Elden Ring, the games looked and performed perfectly on the lovely 15.6” screen (that’s just as impressive as the GL66 Pulse’s).

You can tell this is supposed to be a laptop you’ll use for absolutely everything, because that Intel Core i9 makes multitasking a doddle. Switching from work to play is an absolute breeze, and the power of the Stealth meant I never felt the need to choose what I’d keep open and focus on. 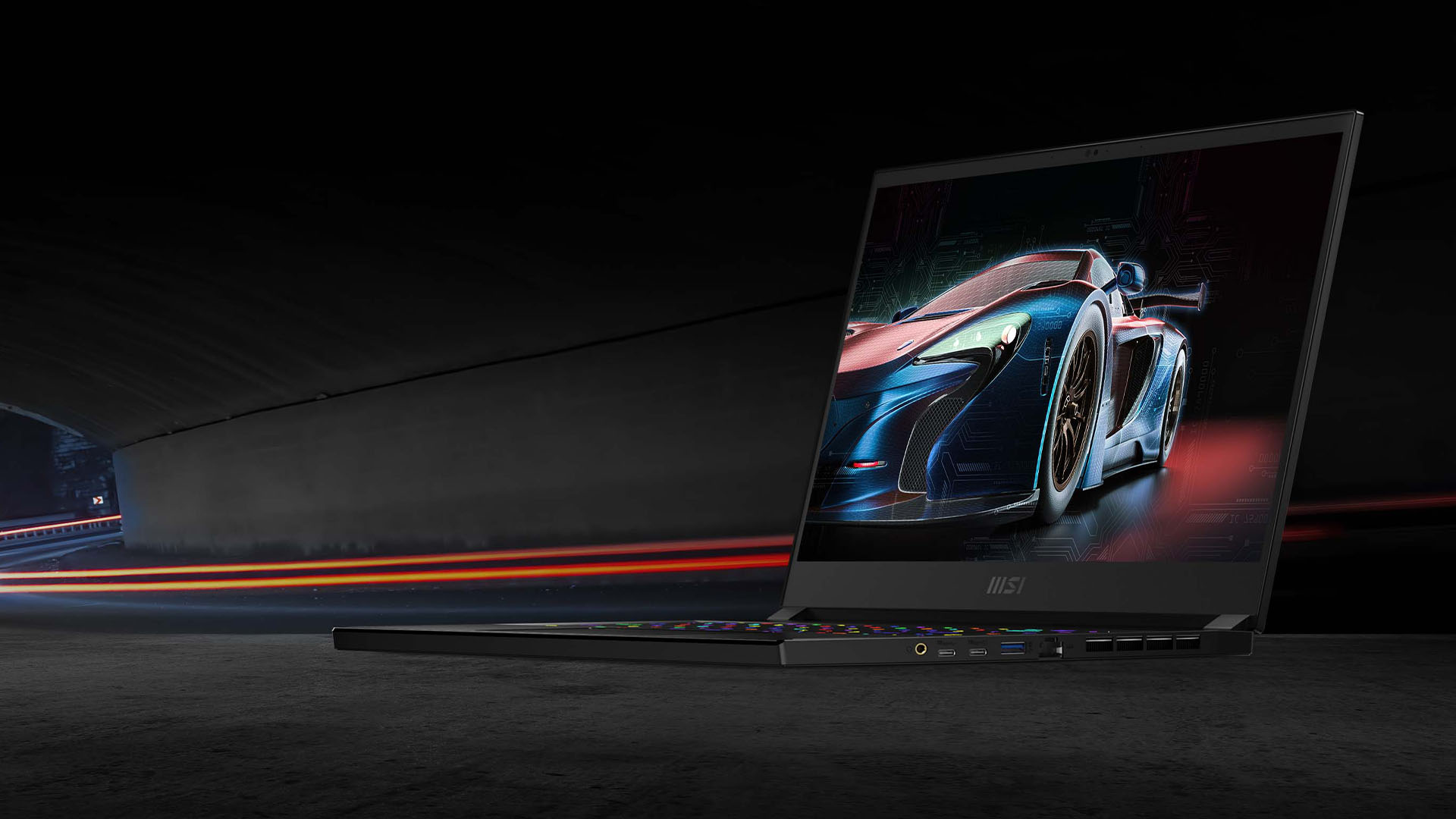 Since you’ll want to be using the Stealth all the time, you’ll be happy to hear that the battery lasts a really impressive amount when not gaming (and you can at least get a couple of hours out of it playing demanding games). The caveat here is how slow the charging is. If you’re used to super fast charging smartphones you’ll probably be disappointed.

What really makes the MSI Stealth GS66 special are the little things I didn’t even know I needed in a laptop. The extra long trackpad is a thing of beauty, and makes navigating menus and even slower paced games much more pleasant. The build quality is also top notch, with that premium metal looking and feeling more impressive than its plastic peers.

The sound quality and volume even out of the speakers is pretty impressive too, so watching videos with others is actually possible on this multitasking beast. This is pretty necessary though, because I’ve never experienced fans quite like the ones of the Stealth. If background whirring can grate on you this laptop isn’t the one for you, but if you’re a regular headphone user it probably won’t matter. 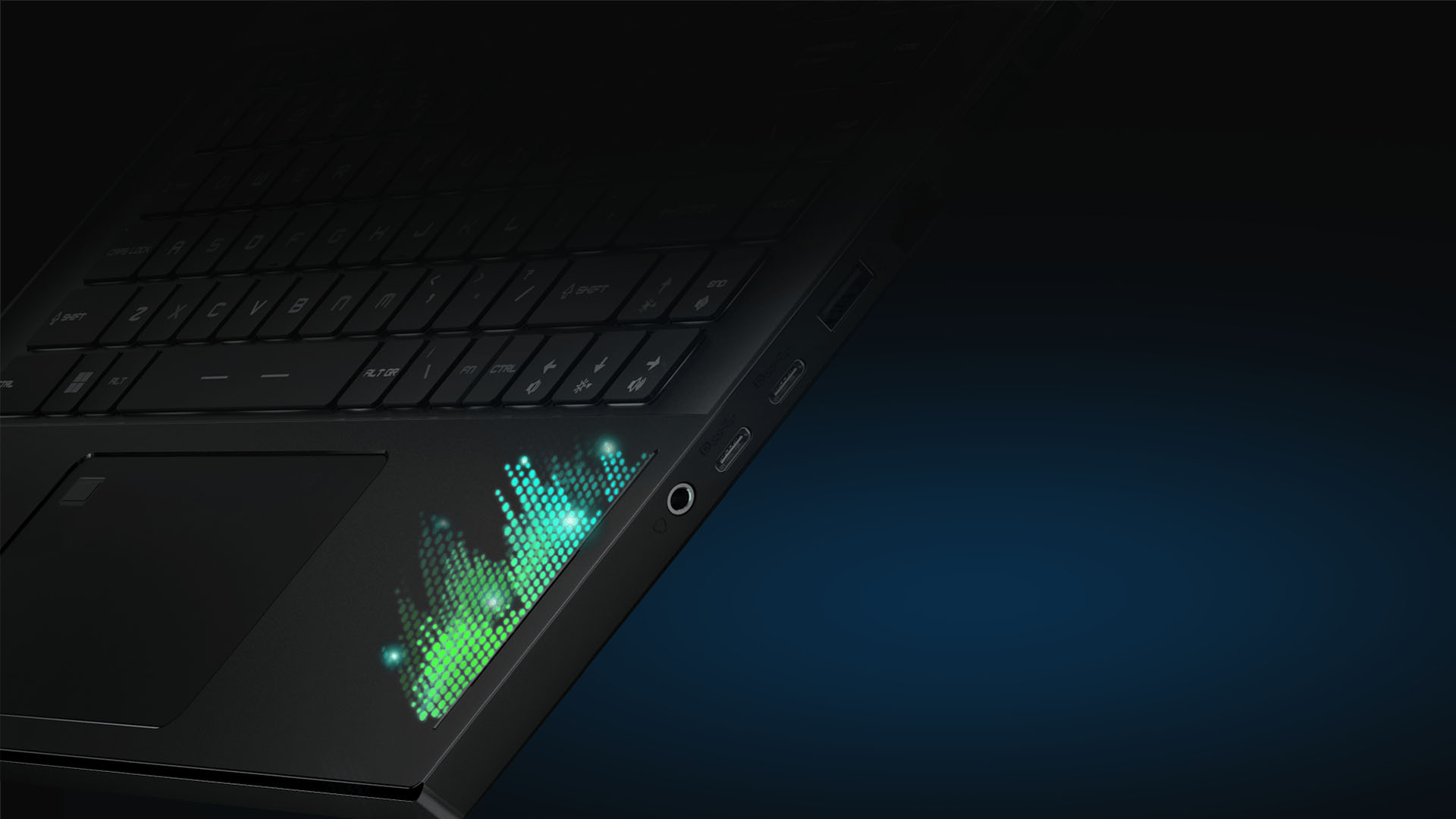 Ergonomically the Stealth does everything you’d want it to. The keyboard feels pleasant to use, and the selection of ports is ideal for work, play, podcasting and everything in between. There isn’t really a lot to complain about with the MSI Stealth GS66, except that hefty price tag. There aren’t a huge amount of more expensive laptops out there, and while this does everything you’d want it to and more it’s not going to be an easy decision for most people to pick one of these bad boys up.

Ultimately only you can decide if the cost of a MSI Stealth GS66 is right for you, but it’s hard to deny that it’s an impressive machine. There are some minor niggles like the fan volume and charging speed, but the Stealth has all the power you could ask for and a lovely form factor to boot. It’s hard to imagine anyone being disappointed with their purchase once they experience everything this fantastic laptop has to offer.

A powerhouse of a laptop
Pleasing to the eye, especially the keyboard
Good battery life
Great for work and play

The MSI Stealth GS66 is an expensive piece of kit, but the pure power and great build quality make it worth it for those who can afford it.