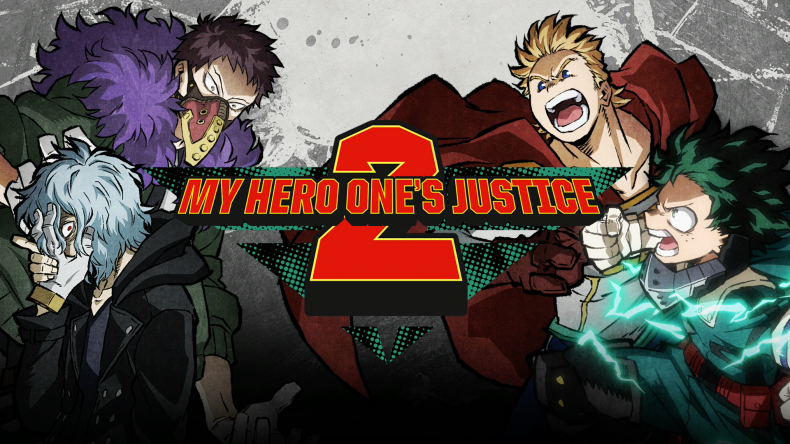 The superhero and high school antics of My Hero Academia first hit our screens back in 2016. The story of Izuki “Deku” Midoriya being gifted his “quirk” and taking on The League of Villains, alongside a host of colourful characters immediately grabbed the attention of anime fans. The powerful beings of MHA clashing in battle are a perfect fit for a fighting game adaptation. Two years ago My Hero One’s Justice was a fun starting point, with it’s enjoyable 3D combat and a host of your favourite characters. Now the sequel is here, and with two more seasons of the anime to adapt, My Hero One’s Justice 2 has a lot of ground to cover.

Battles in My Hero One’s Justice 2 are frantic 3D affairs, with each character sporting a selection of fast paced combos, ranged attacks and extravagant super moves to destroy their opponent. Each player can also bring two sidekicks to a fight, who you can order to jump in for a quick attack once you’ve waited for a meter to fill up. Outside of your offensive capabilities, you’re able to dash, block and recover with ease, which lends itself to some particularly fluid combat. The level of anime style on display is just perfect for a My Hero Academia game, with comic book style words poofing into existence, an amazing art direction, and over the top special moves causing some serious destruction to both the environments and forces of evil. The story mode serves nicely as a tutorial, and quickly shows you all of your abilities before throwing you into some battles. You’ll be plunged into a selection of confrontations from the 3rd and 4th seasons of the show, but you’ll more often than not be put into a specific moment from the anime, with very little overarching story. It’s fun to revisit these moments as a fan, but anyone who isn’t up to date with their My Hero Academia will struggle to keep up.

There are plenty of other modes to play through in My Hero One’s Justice 2 outside of the story. Alongside the more standard Versus, Arcade and Online modes, there’s also the fully fleshed out Mission mode where I spent the majority of my time with the game. In Mission Mode, you choose your starting characters and move about a grid defeating all the enemies. You don’t heal between fights, but there are health items placed on the grid as well as bonus cards that give you buffs in battle. As you unlock and level up more characters, you’ll need to put some serious thought into your moves to clear each level.

The only voice option available in game is Japanese, which isn’t ideal for anyone who watches their anime dubbed. Although this isn’t a huge issue, there are multiple lines of dialogue in the game that are simply not displayed as subtitles. There are unlockable victory lines you can have each character to say after a hard fought battle, but as someone not fluent in Japanese I couldn’t imagine a less exciting way to spend my in-game currency. Almost everything you do is rewarded with Hero coins. These can be spent on costume pieces for the characters, patterns for your online calling card, and most importantly Mission Mode characters. It’s a shame that something as important as characters for a game mode uses the same currency as customisation options, as it just feels wasteful to spend your coins on aesthetic options.

One of the biggest issues with My Hero One’s Justice 2 is how similar to the first game it ultimately is. All the modes and most the characters were present in the original. The story content is obviously covering a different period of the anime, but unless you’re a die hard fan there just isn’t a great deal to get excited about if you played the last entry in the series.

My Hero One’s Justice 2 is a fun and frantic fighting game for fans of the show. It’s a little too similar to the first game, and not particularly welcoming to Academia newcomers, but it’s fluid combat is really satisfying and there is a ton of content to keep you busy over its plethora of game modes.

Fast paced, fluid combat
Art direction brings the anime to life
A lot of modes to sink your time into
Lots of customisation options

Very similar to the first game in the series
No English language option, and often no English subtitles
Skims over the story of the show.

My Hero One's Justice 2 is an incredibly fun and over the top anime fighting game, with a ton of modes to play. Although there's not been a massive amount of new content added since it's predecessor, the combat is good enough to keep you coming back for more

Metroid Dread review
9.0
Back 4 Blood: How to unlock the other characters
Metroid Dread: How to beat the final boss
Metroid Dread: How to defeat the purple EMMI on Ferenia
Far Cry 6 | How to play co-op
How to transfer your Nintendo Switch data to the new OLED model
How to transfer your Death Stranding save file to Director’s Cut
Social Media
SUBSCRIBE
All content copyright GodisaGeek.com
Fonts by Google Fonts. Icons by Fontello. Full Credits here »
Posting....