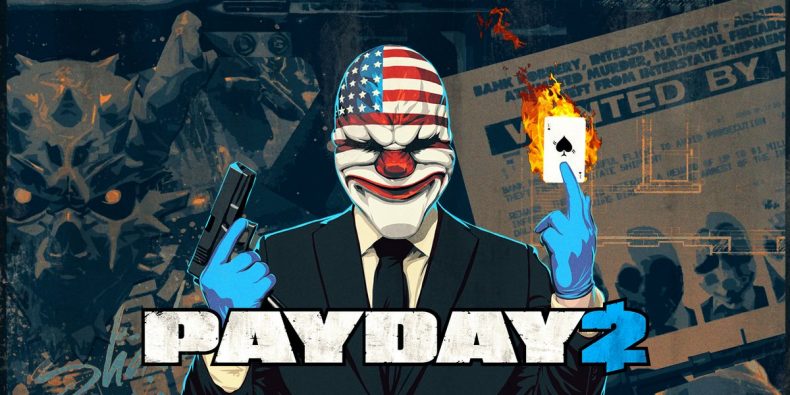 We’ve all been raised on the idiom that “crime doesn’t pay”, right? That the best way to achieve a long, happy and fulfilled life is to adhere to the law, work hard and pay your taxes. Well, Starbreeze Studios’ bank-robbing, mask-wearing franchise, Payday, begs to differ, dropping you into the shoes of assorted professional thieves and asking you to rob the living hell out of anything and everything in order to get stinking rich enough to rob even more stuff.

The Payday games swap out the standard looting and levelling mechanics for a system that sees you pulling off heist after heist, each getting progressively tougher and more complex as you slowly unlock more and more ways to counterbalance the difficulty. And, of course, there are the masks. Hundreds and hundreds of masks.

Payday 2 was released on PC, Xbox One and PS4 a few years ago and has since had stacks of both free and paid extra content added. The previous console versions are a little behind the PC version, while the Switch edition is even further behind still (it misses off the last major update and several elements of earlier updates), but will nonetheless arrive with a lot more content than the previous versions had at launch. The plot sees main character Dallas re-entering the life of crime after a two-year hiatus and immediately re-connecting with his old crew. Although you will initially begin as Dallas, there are 17 characters in total (including Joy, a timed-exclusive Watch Dogs-themed character with a groovy mask); the change is all cosmetic, though, as there are no stats to worry about and, besides novelty character John Wick, the faces are always hidden by one of the 278 masks you can unlock and earn.

Those who buy the Switch version will have 50 missions available to play through, including several based on Devolver Digital’s Hotline: Miami series, which take the form of various criminal operations. Initially you’ll be robbing banks, jewellery stores and seedy nightlubs owned by the local mob, but you’ll eventually progress to multi-layered heists that require a lot more planning and forethought.

Quite often you’ll have the option of going in quietly or all guns blazing, and it’s up to you to decide the best course of action during “casing mode”. While casing a job, you can only wander around and look at things, maybe swipe a keycard or keychain if you’re lucky; it’s not until you put on your mask that the heist properly begins, after which point you can’t put your gun away and if anyone sees you, they’ll either panic and call the police or start shooting. Payday 2 is all about planning. Some missions can be completed by running straight in and opening fire on people, but the more hostages you take, the more exits and entrances you cover, and the more escape routes you understand, the better your chances of success. When playing alone, you’ll need to rely on AI back-up, which isn’t always particularly smart and will occasionally wander blindly into gunfire or get stuck behind obstacles.

Some missions defy belief a little, when for example you have to set up a huge drill to get through a safe in the middle of a busy working day, with guards and civilians wandering around. If you can take out guards prior to performing any dodgy activities you can delay the police response significantly, which is absolutely vital as the first-person shooting isn’t the most precise or weighty, and the drills and explosives you plant often take an age to get through a vault. During these tense stand-offs, hostages can be exchanged in return for arrested crewmembers, and each person you keep cable-tied in the backroom slows the police and stops them charging in and gunning you down. Be aware though, that killing the public will hit your wallet hard, so it’s best to avoid it where possible. As you earn more money you can pay for things like camera blindspots, keycard copies, reduced guard presence and hacked alarms, all of which go a long way to making it easier to complete missions on the hard modes, or solo. However, playing with friends is by far the way to go. Payday 2 is immense fun when tackled with other players who know what they’re doing and can coordinate their actions with yours. When it all goes well and everything clicks into place, there are few better team-based games around, becoming especially tense and exhilarating when you’re forced out of your safe spot to take to the streets in an effort to make your getaway.

It does have its annoyances, though. For example, I found that in addition to the iffy ally AI, enemies are also in the habit of wandering directly into your line of fire, and civilians will stand up and run in the way of you instead of just sitting and cowering. Perhaps deliberately, Payday 2 is at its weakest when you’re engaged in open gunfights. Keeping the Po-Po at bay while calmly and covertly doing your thing is far more satisfying.

There is a huge amount of gear, guns, tech and masks to unlock as you progress, and missions can be replayed to earn extra money. Weapons can be modified to use silencers and extended magazines, or fitted with refined butts to make taking out guards easier and quieter; grenades and camera scramblers are also available, among various other gadgets and gizmos to aid your nefarious plans. It’s a game that benefits from having a dedicated groups of friends who play to their strengths, and don’t deviate from the established strategy – but who can react effectively when things go south. Payday 2 is the ultimate heist game, although aside GTA Online it doesn’t have an awful lot of competition, and in fact has zero competition on Nintendo’s console. The Switch version doesn’t appear to suffer from any noticeable downgrades, and it plays very smoothly in handheld mode or on the big screen. It’s not a game really designed to be played on the move as some of the missions can take up a good slide of time, but the option to play on handheld is welcome.

If you’ve played or are still playing any of the other versions, there’s no reason to pick up Payday 2 on Switch unless you really want to be able to play it on the go. If, however, you missed it the first time round, it’s absolutely worth picking up. Starbreeze has promised to support the Switch version with future DLC, and are certainly planning to add more, so it’s well worth the investment. It’s a fun shooter that requires brains as well as brutality, but which you’ll get far more mileage from if you play with a regular group.

When played with friends, Payday 2 is the ultimate heist game, offering tons to see, do, and unlock.

PayDay 2 Heading to PS4 and Xbox One

You Can Now Become Infamous In The New Payday 2 DLC