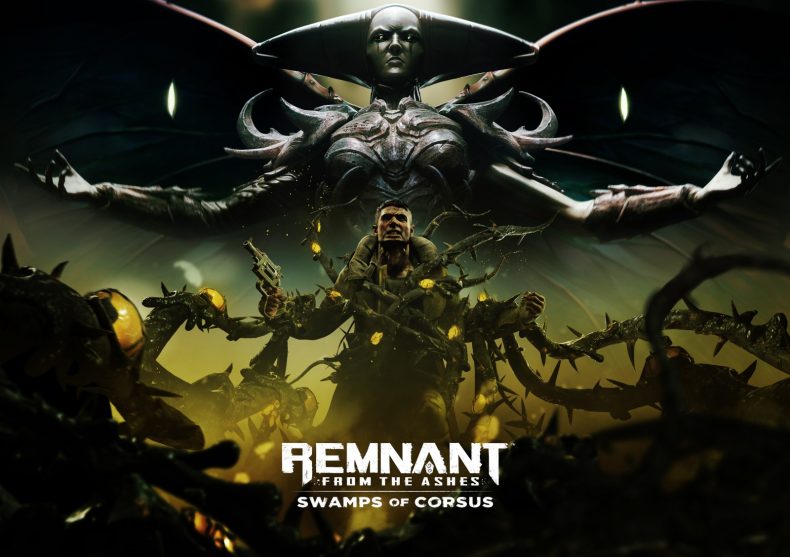 I loved Remnant: From the Ashes. So much so, it even made it into the top 3 of my “games of 2019” list. When Gunfire Games announced it would be continuing to support the game and that premium DLC would be coming, I was understandably happy. However, Swamps of Corsus isn’t quite what I expected.

While it does add new content in the form of enemy types, bosses and dungeons, it’s all still set on the world of Corsus, which means the environments don’t look particularly different. It’s hard to hide my disappointment that a new world wasn’t the focus of the game’s premium DLC, especially considering the number of worlds mentioned in the lore of the original story.

What does it add, then? In terms of Corsus, there are new dungeons to explore, filled with new and very dangerous enemy types. Most are newer versions of existing creatures, but they offer new challenges when they appear. Remember the statuesque Banshees? You would often miss them, but they would come to life and stun you with their screams, before pouncing on you with their mantis-like pincers. The new version of the Banshee is even easier to miss, and even deadlier if you do. I’ll say no more, I wouldn’t want to spoil that surprise. There are new bosses, each with their own unique ways of tearing you into itty-bitty pieces. The first one I battled was a giant insectoid being that would shoot corrosive darts from his throne, while slashing at you with his massive, bladed arm. It took a few attempts, some of which lasted longer than others, but I had missed that fantastic feeling of beating a boss in Remnant: From the Ashes. Unfortunately, I didn’t get to experience that feeling for one very specific boss battle in the Swamps of Corsus, a battle fans have wanted to see since the game released last year. There wasn’t so much a difficulty curve for this battle, more a difficulty Everest. It felt a little unfair, if I’m brutally honest.

Speaking of difficulty, the new Survival mode is rather impressive in its brutality. Completely separate to the main game and Adventure, you’re dropped into this new mode with just a pistol, your underoos and a thousand scraps to spend. And one life. In the opening hub, you get to spend what little you have, prioritising armour, weaponry or just an extra Dragon Heart use before you travel to a random area. In that area, you’ll battle the usual creatures, plus the new ones introduced in this DLC, which all sounds fairly straightforward. When you level up however, you’re simply made stronger, rather than having to manage your trait points. Sometimes the special enemy types drop a Tome of Knowledge to grant you a random trait, or add a point to one you have. It keeps you focused on what’s coming, making it more about the action than the RPG side of things. You’re on the clock too, but not how you might think. Every few minutes, the corruption spreads and makes the enemies stronger, which forces you to adopt a more aggressive approach than you might do normally. It all works incredibly well, but even on normal difficulty, it’s a real struggle. Survival mode is designed to be the ultimate challenge, not one to jump into lightly. Especially as you’ll be forced to fight bosses without dying, and some are ludicrously tough.

Although I loved being back playing Remnant: From the Ashes, the Swamps of Corsus DLC is a little underwhelming. It reminds me of those first couple of Destiny expansions, recycling existing content rather than adding genuinely new stuff. If you enjoyed the main game, the gameplay hasn’t changed so you’ll still enjoy this, but don’t expect sprawling storylines and mindblowing new vistas. Though there are still one or two surprises to be found.

While the new Survival mode offers an intense, permadeath experience and the new enemies are great, Swamps of Corsus doesn’t quite do enough to expand upon the main game.