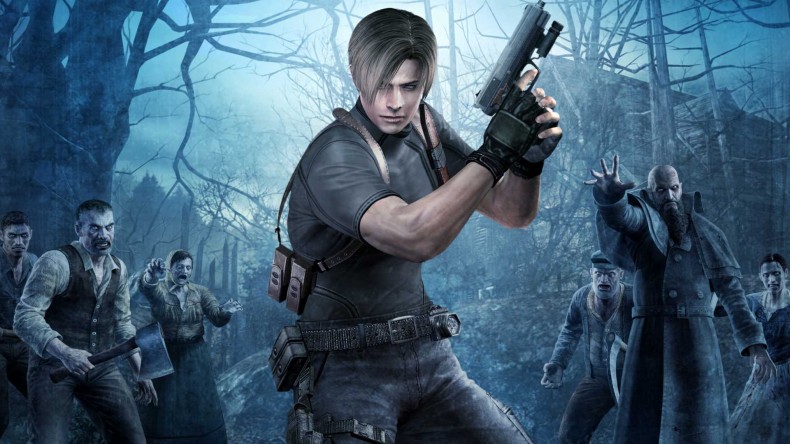 It is hard to overstate the enormous impact Resident Evil 4 has had on the 3rd-person, action/survival horror genre, a game that deserves all the superlatives thrown its way over the eleven years since its first release on the GameCube. From the 3rd-person, over-the-shoulder perspective that influenced blockbusters like Gears of War, to the dark, brooding villagers that bear an uncanny resemblance to the inhabitants of Yarnham in Bloodborne, Resident Evil 4 has an incredible legacy. It has been released on nearly every platform many times over and is now available on the latest iteration of consoles in buttery smooth (for the most part) 60FPS, and full HD graphics.

Like any classic, be it a movie, a piece of literature, or a work of art, it has become timeless; a brilliant, superbly crafted videogame is still that several years later. There are some cracks in the exterior though: the controls that at the time bridged the gap between retro and modern eras are starting to show their age a little, and can feel awkward. A dependence on the D-pad, with an excruciatingly slow turning circle and the inability to strafe, feel like odd design choices and will be totally alien to people who haven’t experienced the game before. Like the original though, the control system begins to make sense as you get further and further invested in what the world has to offer, and begin to appreciate that the rigidity of Leon’s movement helps to ramp up the tension in the overall game. There is nothing quite as blood curdling as standing still trying to line up a shot on a marauding enemy wielding a chainsaw while also trying to gauge whether there are enemies behind you, too. You aren’t given much time to familiarise yourself with the unyielding nature of the camera and movement, as right from the beginning you are thrust into a high-stress encounter where you are quickly forced to learn the peculiarities of the controls. Within the first five minutes of play you are treated to one of many spectacular set pieces that litter the entire game. It is the start of an exciting and consistently entertaining experience, with brilliant pacing throughout the whole 15-hour adventure.

But it is more than just an enjoyable romp; it is masterfully crafted. As a player you have total immersion in the environment. Enemies come crashing through doors, or you can kick doors down to send the enemies behind them flying. In set-piece events, you can push items of furniture in front of doors and windows, or kick ladders down from a height to stop enemies following you, all to buy yourself precious seconds of breathing time. This may all seem trite now, but at the time it was revolutionary.

The world feels expansive, and gives the appearance of existing in real time. You will find yourself backtracking over it, at different times of the day, opening new avenues, locating key items to unlock the next area. There are three core areas to navigate: the village, the castle and the island and each one feels distinct, with its own personality and enemy types. The set-pieces are huge and cinematic, which help to lend more detail to the characters and story, as well as setting up the truly outstanding set pieces such as the stand-off in a house with Luis and Leon a few hours into the village section. Every moment is exhilarating. Even the moments of quiet are special, with environmental puzzles to solve that will challenge but never punish you. And then you have the boss battles, huge, multi-stage monstrosities that bob and weave and encourage you to use the staged environments creatively to defeat them. Then there is the small, almost insignificant stuff like the beautifully animated reload animations for Leon’s array of weapons. Each one has a unique animation and it becomes clear that every single piece of this videogame has been examined and designed to perfection.

I feel I need a caveat here, in that Resident Evil 4 is one of my all time favourite games. I have played it more times than I can remember and I am consistently delighted by it. That being said, it is hard to find anything truly negative to say about it. The controls are clunky, and are showing their age, there are some slight frame-rate drops when reloading either of the two long-range rifles Leon can possess, and the inventory management can make stressful battles a little staccato as you switch back and forth between the action and your suitcase to either heal or change weapons, but these are all minor niggles in an otherwise superb game. Resident Evil 4 is a genre-defining classic that continues to surpass expectations eleven years on. If you haven’t played it before, or want to revisit this masterpiece again, do so immediately.

Controls are starting to show their age
Inventory management is intrusive

Resident Evil 4 is a stone-cold classic, a genre defining game that surpasses expectations even now.