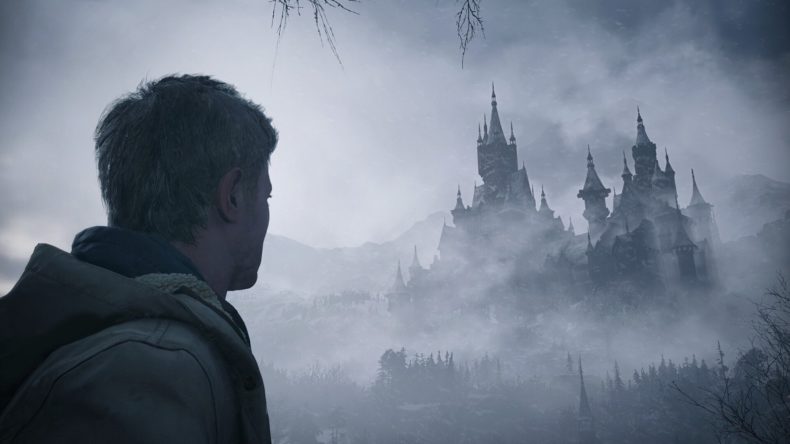 At the end of Resident Evil Village, we were introduced to a much older Rose from the one her father was trying to save during the main story. It left players with plenty of questions about what her role in everything was, along with what her powers might be, and what was next for her. After over a year, Capcom has finally released Resident Evil: Winters Expansion, featuring the Shadows of Rose story content, which does a decent job of showing us just what the teenager is capable of and helps to bring more depth to the character.

Shadows of Rose takes place in what Capcom call the “realms of consciousness.” Fundamentally, the player isn’t physically returning to the village where her father spent the entirety of the game, but rather journeys to it through her mind. Sixteen years have passed, and Rose has been through a lot. She’s tired of being bullied because of her powers, and simply wants a normal life – one without the burdens of this white mould that courses through her body.

She gets an opportunity to try and remove the mould by heading back to the village albeit in her mind, but it’s still pretty cool returning to Lady Dimitrescu’s castle and other places from the original, along with bumping into some familiar characters along the way. It’s not a particularly long piece of DLC, as I was able to get through it in around three hours, but there’re still some great moments that turn the creepiness up to eleven, especially when you reach areas from Village that already creeped you out. 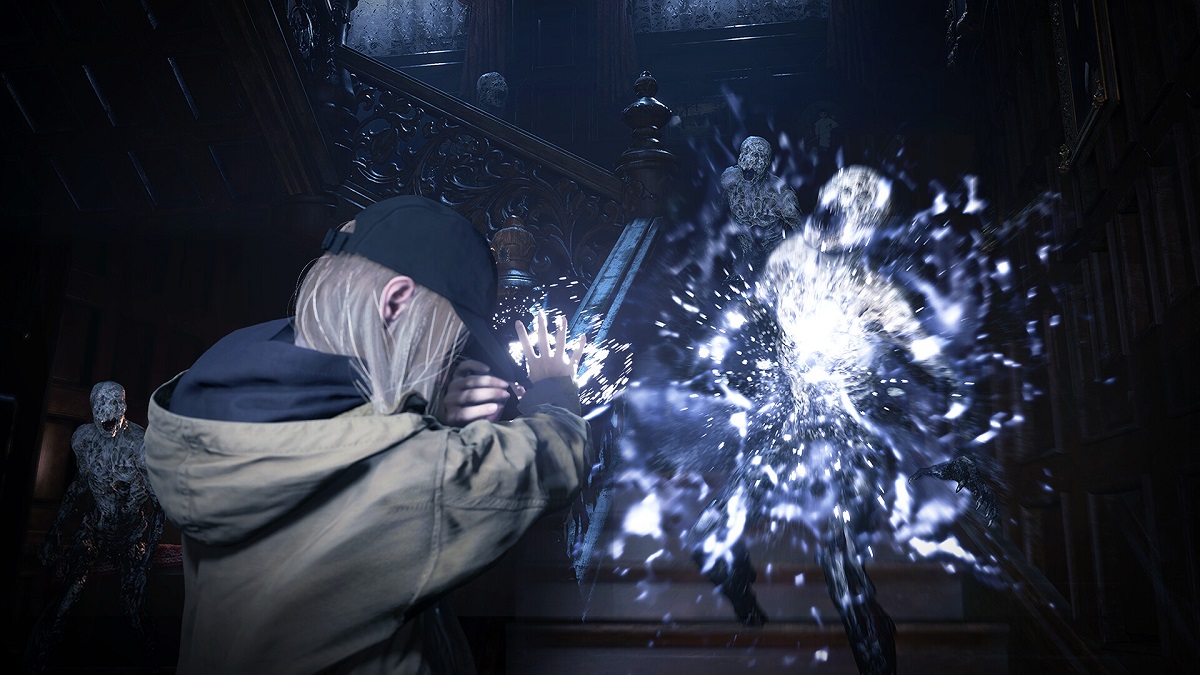 Capcom has managed to make Rose both powerful and fragile. She is a 16-year old girl after all, and controlling her does leave you feeling vulnerable at times. Your arsenal of weapons is stripped back, using only a pistol, shotgun, and pipe bombs to do actual damage, but it is her unique power that stands out. By finding a plant called the Sprig of White Sage, Rose can slow down enemies to block their attacks among other things that reveal themselves as you progress through the story. It gets more powerful towards the later stages, but it’s a cool idea that adds that little bit extra to the gameplay.

Rose can also remove bloodied barriers with her powers, which help to solve puzzles and progress through the various areas. There aren’t a ton of different enemies to face, but they are still terrifying to fight given how unprotected Rose feels to control. As mentioned earlier, there’s a fantastic section involving porcelain dolls that move if you’re not looking at them akin to the Weeping Angels from Doctor Who. Another creature wields a huge spiked mallet that can charge at you and make you feel completely exposed, but having the power to slow some of them down does give you a lifeline when you need it the most. 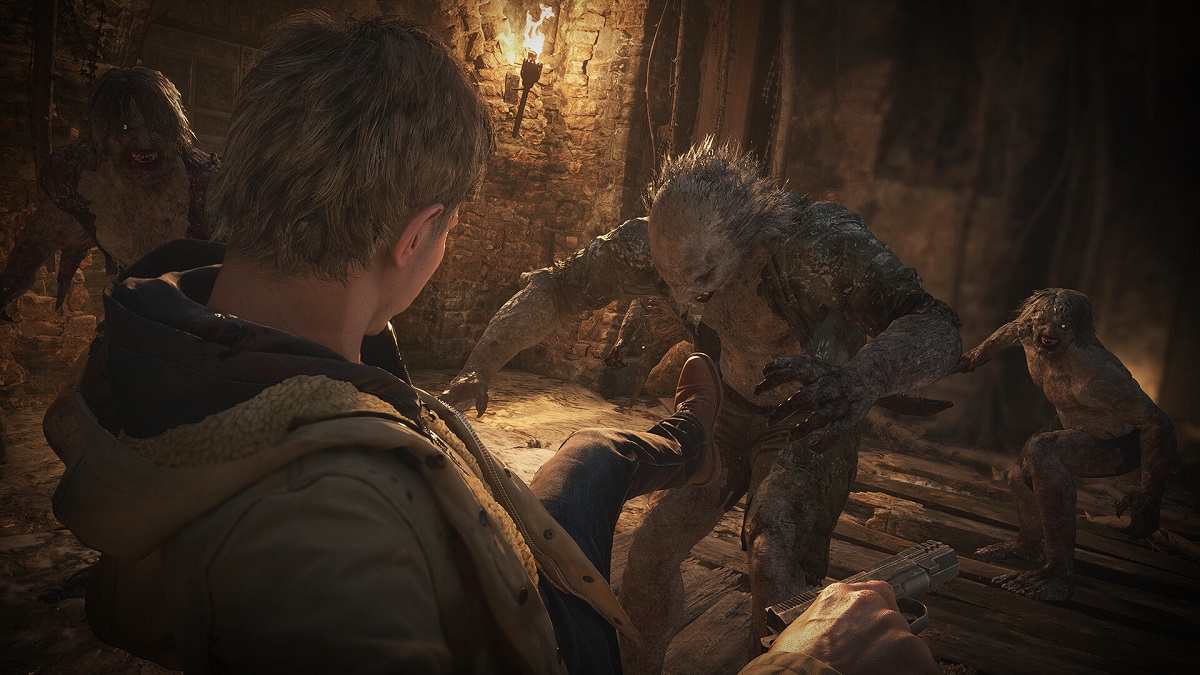 There are some strong puzzles in Shadows of Rose, and various keys and locked doors to get through. It’s impressive how much is packed into the short piece of DLC, and it felt longer than it was. I’m not sure if fans are expecting too much from the story, because there’re still questions I had after it all wrapped up, but it did a good job of making Rose an important character in the overall narrative, potentially letting her continue her father’s legacy in any future games as it feels the Winters’ family still have a role to play.

Speaking of the Winters, Resident Evil Village: Winters Expansion allows you to play through the entire story in a third-person, over the shoulders view. You can switch between first and third-person in the main menu, allowing you to play through the story like the many other Resident Evil games that came before it. Movement is smooth, and firing your weapons whilst walking or running gives you the ability to take out enemies without feeling open to attacks. The option to obscure Ethan’s face feels so bizarre to me, as you see different parts of it but never from the front. One can only imagine there’s a deeper reason that might be revealed in the future.

Resident Evil Village: Winters Expansion is a decent bit of content that brings a reasonably good story to Village with Shadows of Rose. Playing over the shoulders as Ethan will give fans of Village a chance to experience the game like so many other RE titles that came before, and fans of Mercenaries can now play as characters like Lady Dimitrescu and Karl Heisenberg. If you’re looking for a new way to play Village, and want to see more from Rose Winters, it’s worth getting, but the Shadows of Rose is relatively short, and didn’t leave me feeling satisfied with where the story went.

Story isn't as good as I'd hoped
Quite short

Resident Evil Village: Winters Expansion offers new ways to play the original, and Shadows of Rose is pretty good, but is quite short and didn't leave me satisfied by the time the credits rolled.