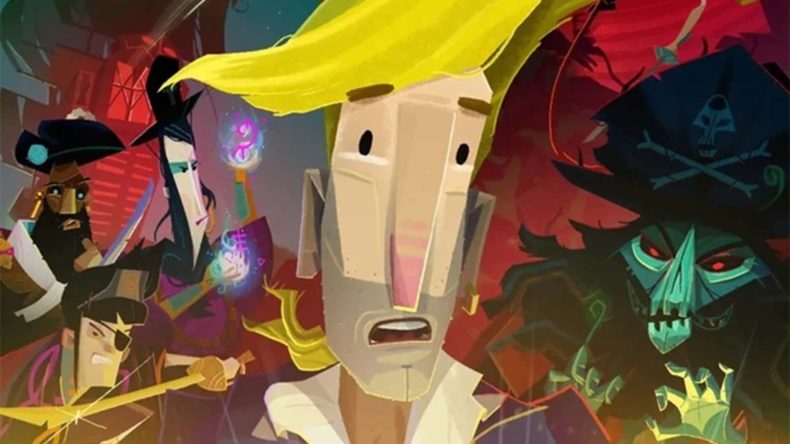 It would have been easy for Ron Gilbert and Dave Grossman to simply trot out any old nostalgia-bait threequel to the legendary Monkey Island games and sit back to reap the benefits, which is what makes it so pleasantly surprising that Return to Monkey Island is so wonderfully, almost effortlessly, superb.

As soon as I saw the announcement for this my doubts began to rise. How could they not? This is the third numbered instalment of a thirty-year-old franchise that I played to death over and over again as a young gamer. Disappointment was almost guaranteed, I thought, but that was just the cynic in me talking. The games industry has reminded us time and again that we can rarely have nice things, so the fact that Return to Monkey Island not only recaptures the magic of the original but actually builds on it is downright refreshing. 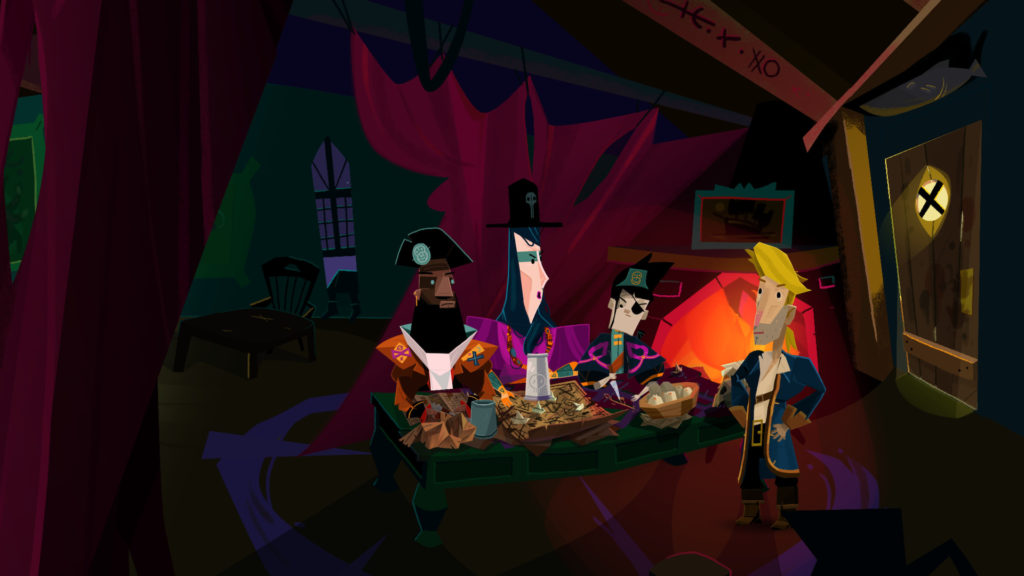 As recurring sort-of hero Guybrush Threepwood, you’re back on the road to adventure, seeking the obscure, mythical Secret of Monkey Island – if he can ever find a ship and a crew, that is. Somehow, returning writer Dave Grossman has created a story that acts as a direct sequel to Monkey Island 2: LeChuck’s Revenge without de-canonising most of what came after it. There are some clever elements, for sure, and much of the game is spent meeting and interacting with old characters. What’s impressive as that, while some of it leans close to nostalgia for the sake of it, there’s such charm to it all that you won’t mind.

It’s framed as a flashback, with Guybrush telling the story of his most recent adventure to a couple of kids in a pirate amusement park that sells fly-encrusted scurvy-dogs and rancid grog. As you travel from place to place, some almost achingly familiar, you’ll collect as many objectives as seemingly random items. You can access the inventory at any time to drag and drop items into the world, or to combine them, and there’s a handy to-do list right there to keep you heading in the right direction.

There are times when Return to Monkey Island can seem a little overwhelming – particularly for newcomers. Even pushing all the callbacks aside, you’ll spend a lot of time backtracking and scratching your head as the puzzles mount up. Anyone who remembers the older games will feel right at home though, as puzzles rely on the same slightly skewed logic that once forced you to steal cheese squiggles from an alligator’s food bowl in order to trap a rat that you could later drop in someone’s vichyssoise. Ah, good times. 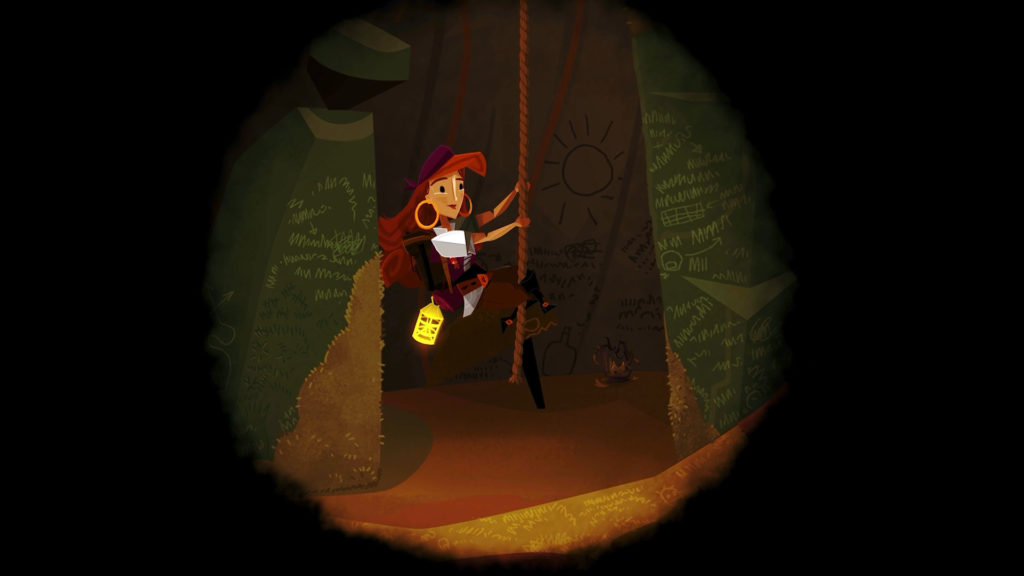 But while the puzzles do fall a little foul of the same strictly contextual logic, the balance is some truly endearing writing and jokes that land more often than they don’t. Guybrush is still the incredibly likeable unfortunate he always was, bent on discovering the ever-elusive secret of Monkey Island; something which, after almost thirty years, I feared could never live up to the hype.

If there’s one thing I felt slightly cold towards, it’s the art style. Games must move with the times, of course, but I much preferred the atmosphere of the old side-on point and clicks, or even the remake from a decade ago. There’s a certain identity to it now, with everyone slightly resembling living puppets, but it loses a little of the original charm.

Thankfully it looks great on the Switch, and the touchscreen is integrated wonderfully. It’s surprising how many games overlook these controls, but Return to Monkey Island allows you to move things around and activate objects with your fingertips. 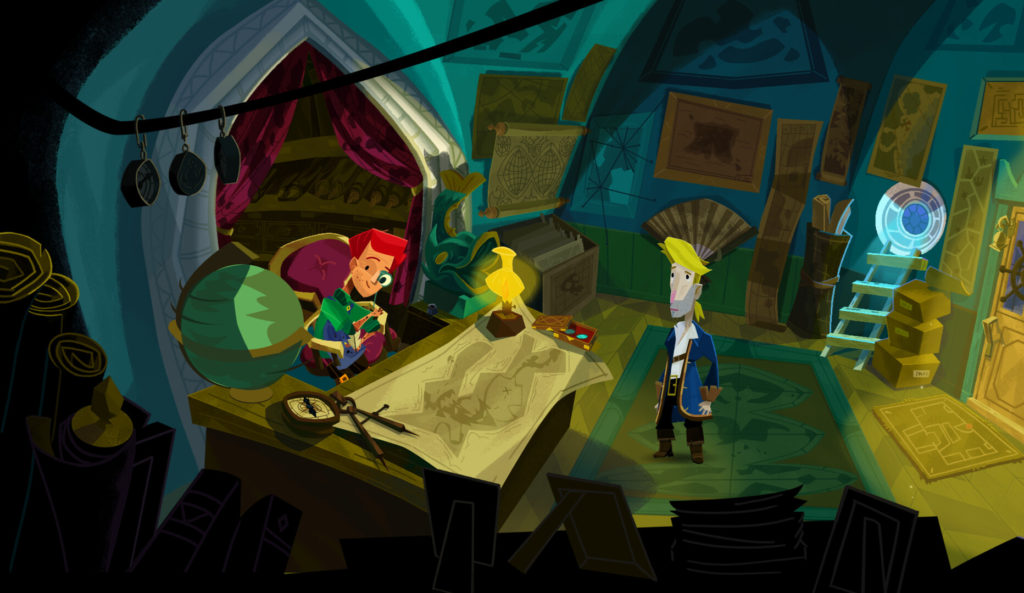 It would be hard to imagine a more fitting modernisation of this franchise. Bringing back so many of the original contributors was also a master-stroke. Gilbert and Grossman are also joined by voice actors Dominic Armato and Alexandra Boyd, as well as composers Peter McConnell and Michael Land, among a handful of others that add an air of authenticity to the whole adventure.

While some of the puzzling and backtracking may begin to tire you out if you play for too long at a time, Return to Monkey Island is just a really good experience. Fans of the franchise will spend the entire time nodding knowingly to themselves, but crucially it never feels like the nostalgia is used as a crutch. Instead, it feels like a bridge linking some of the absolute best point-and-click adventures of gaming’s younger years with the sensibilities of the modern world.

A lot of backtracking
Some puzzles are a little obscure

Return to Monkey Island feels like a bridge linking some of the absolute best point-and-click adventures of gaming’s younger years with the sensibilities of the modern world.