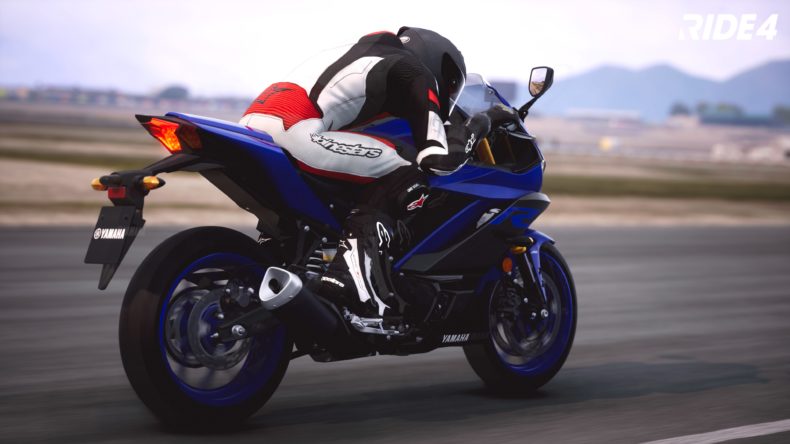 Motorsport games have tried to emulate Gran Turismo in the past, most notably the Forza Motorsport games, but I think it’s fair to say that Milestone has had mixed results in its attempts to create a two-wheeled alternative. The developer has been making motorbike games for a while now, with its MotoGP games improving year-on-year, to the point that this year’s effort was one of my highlights of 2020’s mighty line-up of racers. With this in mind, I went into RIDE 4 with somewhat high hopes.

Remember how you had to complete licence tests in Gran Turismo? I hope you enjoyed them, because they’re here in RIDE 4. Okay, they aren’t anywhere near as extensive and time-consuming as Polyphony’s tests, but they work in similar ways. You have to complete a series of timed rides at various circuits, against the clock, and then you will be sent on your way.

From there, you will begin your journey in your chosen region. Whether you choose Europe, Asia or the US, you’ll spend the beginning of your career in events based solely at circuits within that region. Best choose wisely, if you don’t want to be stuck racing at venues you don’t know or like – at least for the opening races, before you qualify for worldwide championships. 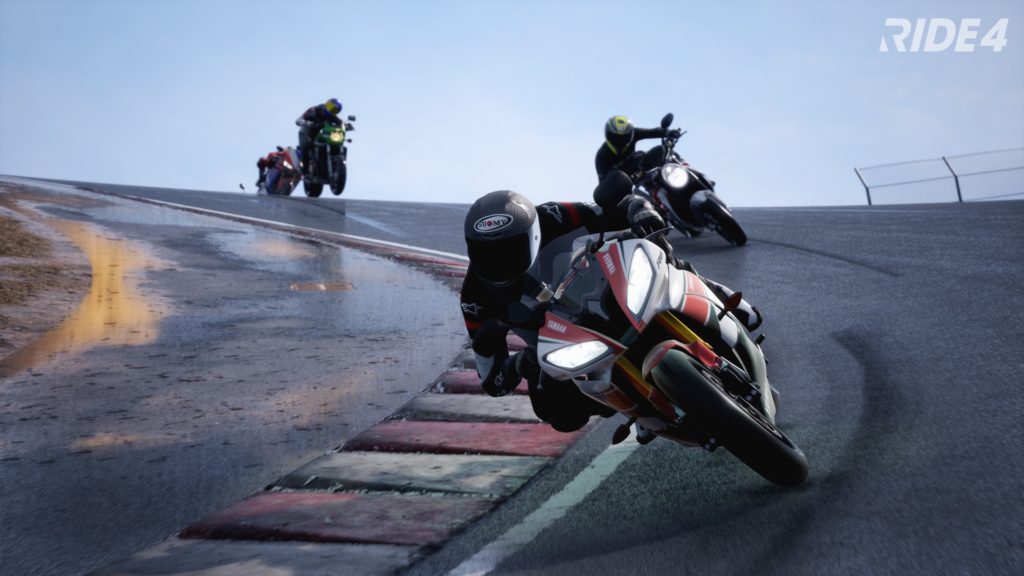 Outside of the rather substantial career, you can simply choose a circuit and bike, then head off onto the track for a race. Whether you go for a superbike, something classic or a “naked” bike (not as rude as it sounds), you’ll get a realistic and exciting experience (again, not rude) as you ride around your chosen circuit. But by far the best thing about RIDE 4, is its new endurance races.

I always feel bad for comparing motorbike games to four-wheeled racers, but it’s going to happen again here, I’m afraid. But it’s a good thing, I promise! RIDE 4’s endurance races are similar to the likes of the F1 series and the longer races of Gran Turismo Sport. Your tyre choice is incredibly important: do you start on a harder compound, sacrificing some grip for longevity, or go softer for greater grip and speed early on, but needing to pit earlier? This is just the beginning, really. Once you’re in the race, you need to change your riding style to suit your tyres, so you don’t wear them out too quickly and potentially ruin your race.

On the surface, endurance races don’t appear too different to standard races, but there is far more strategy involved. If you simply go all-out attack throughout, you’ll burn through your fuel much faster and your tyres just won’t last. Once you do need to pit, things get very Gran Turismo Sport. As your bike enters the pit lane, you’re treated to a beautifully animated pit stop, in which you’ll need to quickly decide whether to change tyres and how much fuel you want to put into your tank. They say imitation is the sincerest form of flattery and, with RIDE 4’s pit stops, they really do imitate those of Polyphony’s motorsport powerhouse. It’s a good thing though, as you don’t have to worry about tyre choices while you’re race racing, you can do it all on-the-fly during your stay in the pits. 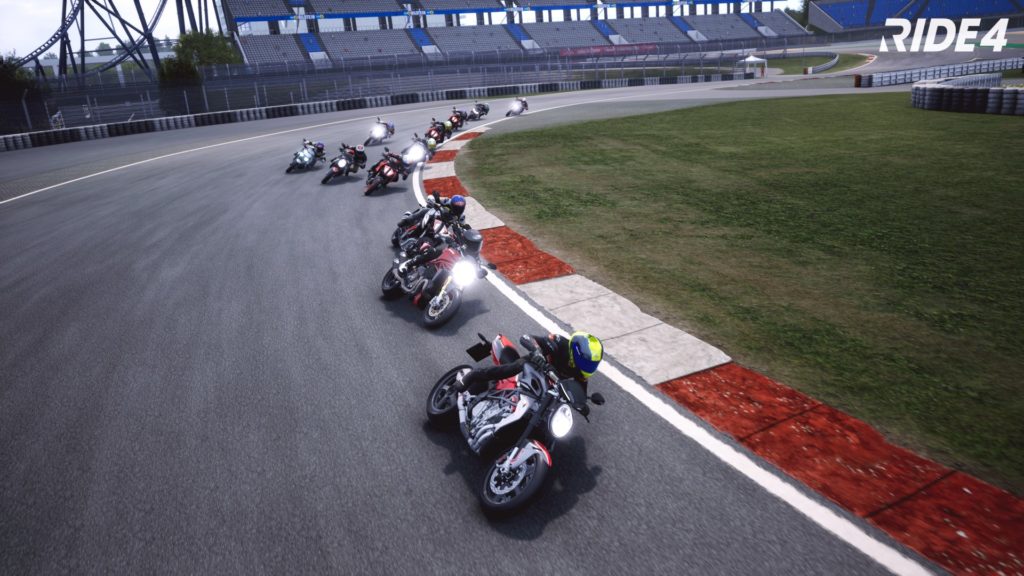 No matter which mode you play, once you’re on the track it’s immediately apparent that RIDE 4’s handling is superb. Whether you play with simplified physics, or go for realistic mode (all customisable with riding aids and AI difficulty), everything feels right. The weight of the bikes is just so, and while that doesn’t guarantee you’ll be able to get the thing around corners perfectly every time, you’ll begin to see and feel when and where to start your turn-in, leaning your bike into the bends to hit the apex. Shifting from side-to-side isn’t quite so easy, which is where simplified physics can help those struggling.

Using a more realistic physics model, every movement of the bike can seriously affect its stability and you’ll be eating concrete far more than is good for you. And oof, the crashes in this game are brutal to behold. Simplified physics allows new players to get a handle on the simulation of riding powerful racing machines, improving stability for a smoother experience. After that, it’s up to the individual player to decide whether they want to use the other physics models, or simply increase the AI difficulty or reduce the riding aids to provide more challenge.

Much like MotoGP 20, Milestone uses its “Neural AI” in RIDE 4. However, despite being it leading to some varied and realistic race AI, it still makes some frustrating mistakes. Sure, some of those mistakes are innocent, like when a rider misjudges their braking point and slides off their bike into the gravel, but others are far more problematic. While not quite as bad as in the preview I played recently, the AI still sometimes seems to forget to react to the player’s presence on the track. I lost count of how many times I was knocked off my bike going into a corner, because the AI slammed into me like I wasn’t even there. 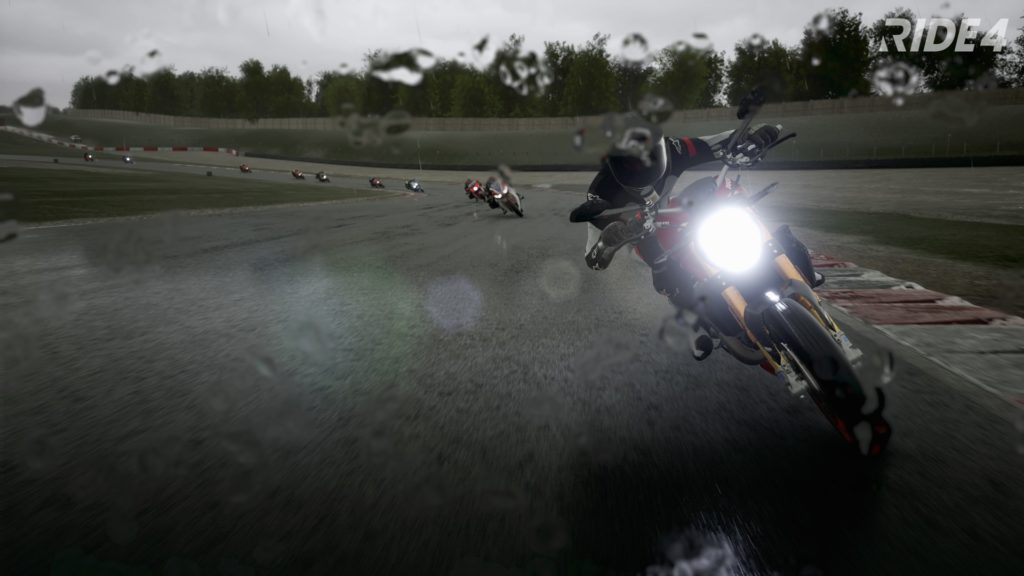 Thankfully, this is where rewinding comes in handy. Unfortunately, this isn’t available during endurance races, but you at least have longer to catch up after a crash. During regular events, you can tap the rewind button and undo whatever mistake you, or the AI, made. You will make mistakes too, especially as your tyres begin to wear and your grip levels drop. I can guarantee that it will catch most players off guard, the first time it happens. Whether it be the unbalanced front end as you brake into a corner, or the slippery back end (stop laughing) as you accelerate out of a bend, again the realism is exceptional.

This realism does take a slight hit, however, when it comes to RIDE 4’s overly sensitive penalty system. It’s entirely correct that you should be penalised for cutting corners but, as in the preview I played, you’re often penalised for the slightest of indiscretions. It’s particularly annoying when you’re forced off the track by the AI, losing time as you struggle for grip on the grass, only to also be given a time penalty once you safely return to the track. It’s rather inconsistent too, which adds to the frustration.

Despite the issues with penalties and the erratic AI, I still really enjoyed my time with RIDE 4. It’s a great looking game and runs smoothly in performance mode on Xbox One X, with quality mode sticking at around 30fps too, and its handling is superb, whichever physics mode you choose. Milestone has worked hard to bring a robust, Gran Turismo-like experience to motorbike games, and for the most part, has succeeded in pulling it off. It may not be quite as good as MotoGP 20 in its on-track action, but its career mode offers far more varied content, making it the perfect accompaniment.

AI can be quite poor
Penalties are far too sensitive

It may have issues, but in RIDE 4, Milestone has finally created the two-wheeled Gran Turismo that fans have always wanted.