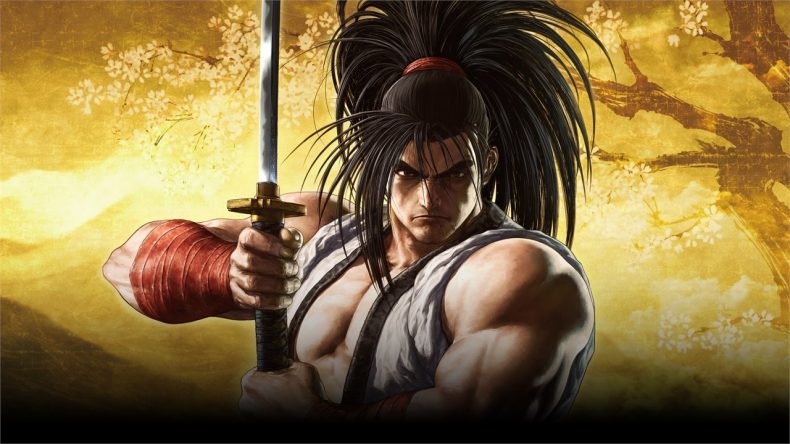 Over the last few years, fighting games have come out thick and fast, with almost every one being a glowing success. We’ve been spoiled with excellent fighters, with the likes of Mortal Kombat 11, SoulCalibur VI, Tekken 7, Street Fighter 5, and Injustice 2 leading the charge. Back in the day, SNK’s Samurai Shodown had a small but dedicated fanbase, and whilst not every entry in the series was a success, they offered a much different approach to fighters than the more popular Street Fighters and Tekkens.

One thing that becomes apparent very early on is how Samurai Shodown’s focus is on patience. Button bashing may work in some games, but you’ll not be able to use that tactic here. You don’t have a lot of moves – compared to the likes of Mortal Kombat 11 – but when you do use them, it’s about making them count. You have three attacks that do either light, medium, or heavy damage, as well as a kick. Certain button prompts can perform special attacks, but it’s about using them at the right time. Most fights are about utilising patience to your advantage. Sekiro‘s combat was similar in the way it was about waiting to strike, and Samurai Shodown is exactly the same. Waiting to hit your opponent is a challenge, just because I was so used to going hell for leather with a barrage of strikes and attacks in other fighters, however, one false move can spell the end of you. You can use blocks strategically, and at certain points use a move that parries and stuns your opponent; you just need to feel out your competition before knowing when to use it.

Strikes deal a lot of damage, and when entering Rage mode, your power move can wipe out almost half of the enemy’s health bar. It can be brutal, making each fight feel like a long and drawn out battle of wits; you only get one Rage move every match, so use it wisely. Another technique that can be a great asset is disarming your opponent. When they’re left defenceless, many of your opponents are completely vulnerable, but it’s not always easy to get them to drop their weapon. The roster isn’t as big as other fighters, but there is still diversity. Earthquake is a strapping bloke that towers over your opponent, and whilst big and bulky, he can still be agile. Haohmaru has some cool fire attacks like the uppercut and the trail of flames he launches at his opponent, and other characters have pets that perform attacks at long range. Using the training mode is great for trying out all the different fighters because it’s very different to anything you may have played recently.

The story mode is weak, consisting of fighting through the roster until you get to the boss. There’re a couple of cutscenes, but they come out of nowhere and make no sense at all. If you’ve got a fighter you’re happy with and manage to get to the boss relatively unscathed, you’re probably going to struggle against the boss, especially in the second phase. She really pushes you to the limits, so mastering every strike, block, or parry is going to be vital if you want to succeed.

There’s very little else to do in Samurai Shodown outside of the training mode and the story. There’re survival and time attack modes, but they do little else than provide a bit of a challenge. It might not be a problem if you just want to master your moveset and go online to fight the very best, but I was disappointed with the lack of options. Speaking of fighting online, the Dojo is where Samurai Shodown’s online mode takes place. Honestly, I’d rather spend my time watching one of my daughter’s concerts where twenty children all play recorders simultaneously, or watch the Sunday Omnibus of Coronation Street 10 times over. I got my arse handed to me time and time again, and watching me get thrashed over and over again was painstakingly depressing. It may be because I’m used to the likes of NetherRealm’s fighters, but I can’t say I had any fun in the Dojo.

Samurai Shodown is a different fighter to the ones I’m used to, but I had some great one-on-one fights that felt like nothing I’d experienced before. The difficulty is a real challenge, and many may not like the methodical combat it offers, but overall I enjoyed playing around with the different fighters and seeing how each one worked. Defence is definitely the best offence, and the moment you realise that it opens up a rather unique fighter.

Combat is unique to other fighters
Great satisfaction in winning

Samurai Shodown is a very different fighter to what you might be used to, but it offers a unique way to play, offering a different approach to the genre.