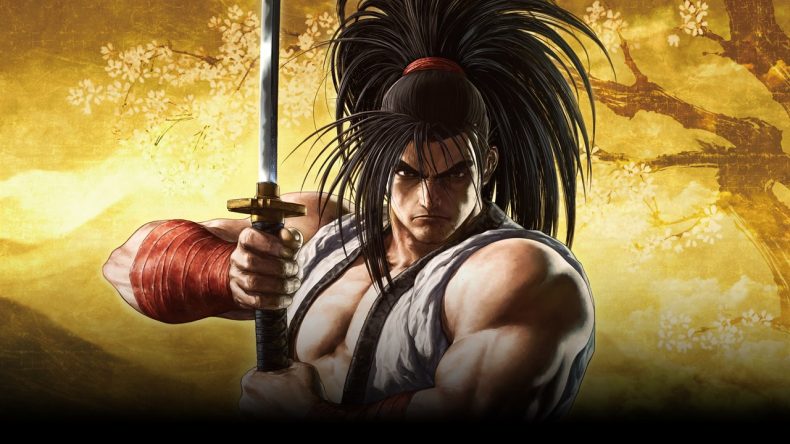 Switch Re:port covers the Nintendo Switch port/version of a game newly released on the platform. Samurai Shodown was originally released on PS4 and Xbox One in June 2019 and scored 8/10.

It may have had some severe misfires since its 16-bit heyday – step forward the Warrior’s Rage atrocity on PlayStation, and SNK Playmore’s Sen low-point, but Samurai Shodown did enough during that initial run of 2D gems to warrant a fervent fanbase who never gave up believing that one day they may get to see Haohmaru in a decent modern tear-up. Thankfully, 2019 was the year that finally happened, as SNK decided to once again resurrect its cerebral weapons-based franchise.

This is a robust, hard-hitting, chunky, weighty tome of a fighter. Unlike other SNK properties like King of Fighters, Samurai Shodown is a much slower and more measured experience. Rather than combinations and flash, this is about patience, timing, and the potential to inflict or receive huge damage and get creamed in the blink of an eye. There are still a ton of special moves, and even projectile attacks – but you have to think things through, as going hell for leather without considering your defence will lead to swift defeat. Unlike most titles in the genre, there is a sense of genuine heft behind your blows. Inflicting damage looks and feels like it means something. Being a game with a murderous array of weapons, it makes sense that the mortality of your character is a fragile thing, and even more so when you factor in the ability to disarm one another. Your rage meter fills when you take damage, and you have the option once it is full to enter into a heightened state where damage is greatly increased, and you have the chance of employing a super-powerful Lightning Attack. Accompanied by a dramatic monochrome animation, this once-per-match strike will likely eat up the vast majority of your opponent’s energy, lending it a slightly cheap feel. Also available once per bout are standard super moves, which are wonderfully OTT. Despite these bonkers moves, it is worth remembering that every action you perform or face has a counter, and for newcomers it is worthwhile using the tutorial to learn how to execute these techniques, as this is not a title you will enjoy much success without wising yourself up.

It’s taken slightly longer for Nintendo gamers to get involved, but here we are – and it has to be said that Safari Games have done a sterling job in porting it across. All of the features present in the other versions are here, which isn’t to say that there is much. There are 16 fighters available to tinker with – including some new faces to the series, and returning legends, with further DLC combatants available behind the dreaded paywall forthcoming. The single player campaign consists of a lacklustre story mode, and a Dojo mode that sees you kicking off with a bunch of CPU “ghosts”. If unlocking artwork is your thing, there is a bit of that too. Simply put, this is a game which needs to be played competitively, or with friends. Be fully prepared to have your arse handed to you online, however, if you don’t familiarise yourself with the way things work in Sam Sho. Sonically this is as great as ever – the traditional Japanese music heightens the tension and importance of each fight – and there is some excellent guttural speech, screams and battle cries. The port suffers slightly in comparison to the other console versions in the visual stakes and, while it looks really nice and runs at 60fpb in docked mode, it looks significantly worse in handheld mode, with a typically muddied look and some frame drops. Having said that, it still plays a damn serviceable game of Samurai Shodown.

Unless portability is absolutely essential, it would be wise to stick to the PS4 or Xbox version, but for those who want it on the go, this is a weighty and undeniably fun-to-play fighter well deserving of your time on Switch.

For those who game on the go, Samurai Shodown on Nintendo Switch is a weighty and undeniably fun-to-play fighter well deserving of your time