previous
Get Even Review
random
next
Ever Oasis Review
0 likes 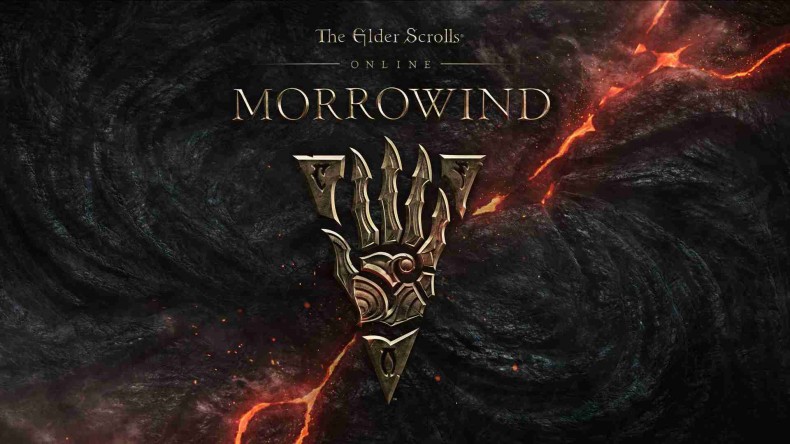 I could never get into Morrowind, back in’t day. I bought it on the original Xbox, put a decent number of hours into it, but could never get past the combat. It always bothered me that I could visibly swing a sword into the face of an enemy, yet apparently not hit them. It just bothered me. After Oblivion arrived, which I loved, and sorted the combat issues that had irritated me so, I was urged by a friend to give Morrowind another try. So, around six or seven years after its initial release I gave it another go, this time on PC with mods to make the combat a bit more palatable. I could see why people loved the world but guess what? I still hated the combat.

It’s always been a game that I wanted to get into, especially when I’ve heard so much about its world and the stories contained within, and man, the exploration sounds perfect. Alas, it remains the game that got away. The most I’ve seen of Morrowind has come from the DLC in Oblivion and Skyrim.

I’d played The Elder Scrolls Online on PS4 back when it launched, and enjoyed it to the point of putting around twenty hours into it. It was good fun, but at some point I put it down and never went back. When the Morrowind expansion was announced I was tempted to revisit Tamriel, and so when it was given to me for review on Xbox I looked forward to seeing how the game had improved since launch. Starting a new character, I understandably went for the new Warden class. Seemingly created to be an all-rounder, the Warden is perfect for new players that are jumping into The Elder Scrolls Online for the first time. And that’s the first interesting thing about this expansion: anyone can play it. Most MMO expansions require a high level character to be able to access them, firmly restricting access to long-time players only. But now that One Tamriel exists, any player can wander the world as they desire, which allows more room for exploration and actual roleplaying for those wanting their adventures to be more personal and immersive. This also means that Morrowind can be your first experience in The Elder Scrolls Online, and I suspect the lure of Vvardenfell will be too much for Morrowind veterans to resist.

If you’re wondering why fans of a 15-year-old single player RPG should even consider revisiting Morrowind in a multiplayer setting, it’s worth noting that the entire adventure is playable solo. Being a bit of an antisocial gamer myself, this is certainly a good thing. But the no-strings-attached nature of the multiplayer works really well even for me, as I would often find myself entering new story dungeons alongside other players and we would help each other out. My Warden was good at running in like Leeroy Jenkins (I’m not one for subtlety), but could also attack from a distance using nature-based spells, and even healing spells so I could keep myself and my fellow adventurers alive. Perhaps the best thing about the new class is the potential to summon in a bear to fight beside you. This new Ultimate ability isn’t fleeting either, as the bear will stick around for as long as you want, or until it dies in battle. It really can turn the tide of a particularly tough fight.

What about the story, you ask? Or maybe you didn’t, whatever. I’m still gonna talk about it anyway. As with almost every Elder Scrolls game, you begin as a prisoner, but once you’re freed and eventually find yourself in Vivec City, the story begins to unfold once you meet Vivec himself. Something is affecting this ‘living god’ and you’re the one (well, you’re one of probably thousands, what with this being an MMO) sent to discover the reason why, which sees you travelling all over the island of Vvardenfell. And yes, you will have to fight Cliff Striders from time to time, but luckily they’re not as much of a pain in the arse to fight in this game.

Combat is still the same, this is an expansion after all, but for new players it’s somewhere between Skyrim and the original Morrowind, with a greater emphasis on keeping stamina or magicka reserves stocked through strategic ability usage. The left trigger blocks, right trigger attacks, holding the right trigger unleashes a charged attack that regenerates stamina or magicka depending on the weapon you’re using. It’s a lot simpler than I’m making it sound. As you level up, you can learn new abilities that can be assigned to the left and right bumpers, as well as a couple of the face buttons. This means that your initial output is limited, but upon reaching level 15 you unlock a weapon swap ability, which essentially gives you a second toolbar to fill with abilities, doubling your combat output. Fights are usually exciting, but the system does tend to struggle a little when faced with multiple opponents, which is where the multiplayer comes in. During one quest, I died when two mercenaries decided to use my face as a scabbard, but when I returned I was lucky enough to find another adventurer in the same room, and we comfortably bested our opponents. It’s easy to see this as a flaw if you’re wanting a single player game, but this is still an MMO regardless of the focus on better solo play. Sometimes you’re subtly nudged into cooperating with your fellow travellers, but the difficulty spikes can be frustrating nonetheless. You will eventually learn to judge when you’ll need help (or just to level up for better stats and abilities that’ll allow you to soak up a bit more damage) as you spend time in Vvardenfell’s various locales.

Those locales are rather pretty, too. The Elder Scrolls Online was never matching the visual quality of The Witcher 3, but its art direction ensured that it still looked great. Considering it had to run an entire world filled with other players, it’s no surprise that it wasn’t a graphical powerhouse on a technical level. That said, Vvardenfell is gorgeous to look upon. Its different regions look markedly different, from the mushroom forests to the barren northern edge of the island, to Red Mountain, the long dormant, now active volcano that sits in the centre of the island, dominating the skyline.

It’s not the most stable experience though, as the framerate often dips in populated areas or during hectic fights with groups of enemies. Not to unplayable levels, but it’s certainly noticeable. Vivec City has the worst issue, however, as textures sometimes don’t load in and you end up with incredibly low resolution areas, and I’ve also experienced the staircase to Vivec’s gaff just not appearing at all, leaving me to run on thin air if I need to speak to the ol’ fella. Now, these issues will hopefully be sorted in the next patch, but right now they can have somewhat of an impact on the immersion.

As you explore these new areas (or old, depending on your point of view) you’ll discover many quests along the way. As befitting an Elder Scrolls game, or any of today’s open-world RPGs for that matter, strangers will flag you down with their problems and you’ll soon be drowning in a sea of their side-quests if you’re not careful. This does run the risk of taking away from the urgency of the main quest, but it really is up to the individual player to decide if they want to do everything as they encounter it, or to focus on one story at a time. There are some cracking stories associated with these secondary quests, so I highly recommend taking the time to investigate them now and again. You won’t be disappointed.

Whether you’re a veteran of The Elder Scrolls Online, a newcomer to the series, or perhaps a fan of the original Morrowind, this new expansion caters for everyone. It offers at least tens of hours of content, filled with interesting and deep stories, and those are just the scripted ones. Playing alongside others online will provide you with your own personal stories, ones that will stay with you for a while, and that’s really what roleplaying games are about. And guess what? I finally got to see Morrowind for myself.

A few technical issues aside, this is a great expansion that will please fans of the original Morrowind, as well as allowing new players to finally experience Vvardenfell for themselves.

QuakeCon is coming to Europe for the first time