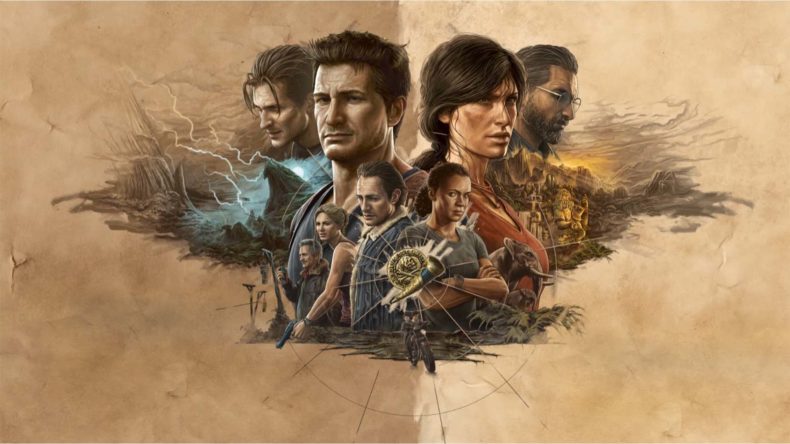 Uncharted has been a long time coming to PC. With the help of Iron Galaxy (a well known, and high quality studio itself), Uncharted: Legacy of Thieves Collection is here for PC and, while it has all the bells and whistles you’d hope for, I can’t promise I am not going to wax lyrical about the bloody Steam Deck performance for this one.

But let’s be clear, Uncharted: Legacy of Thieves Collection on PC is a breathtaking experience. A reimagined UI, sliders for scaling, and the superb GPU and VRAM options that the God of War port also had are even here, so you can actively see how hard you’re pushing your system, or how much headroom you have is back. Ultra-wide monitor support, 4K options, and graphical options for texture and model quality, shadows, reflection, and even ambient occlusion… Christ, there’s even DualSense controller support if you’re happy to play with a wired controller: this is the real deal when it comes to PC versions. 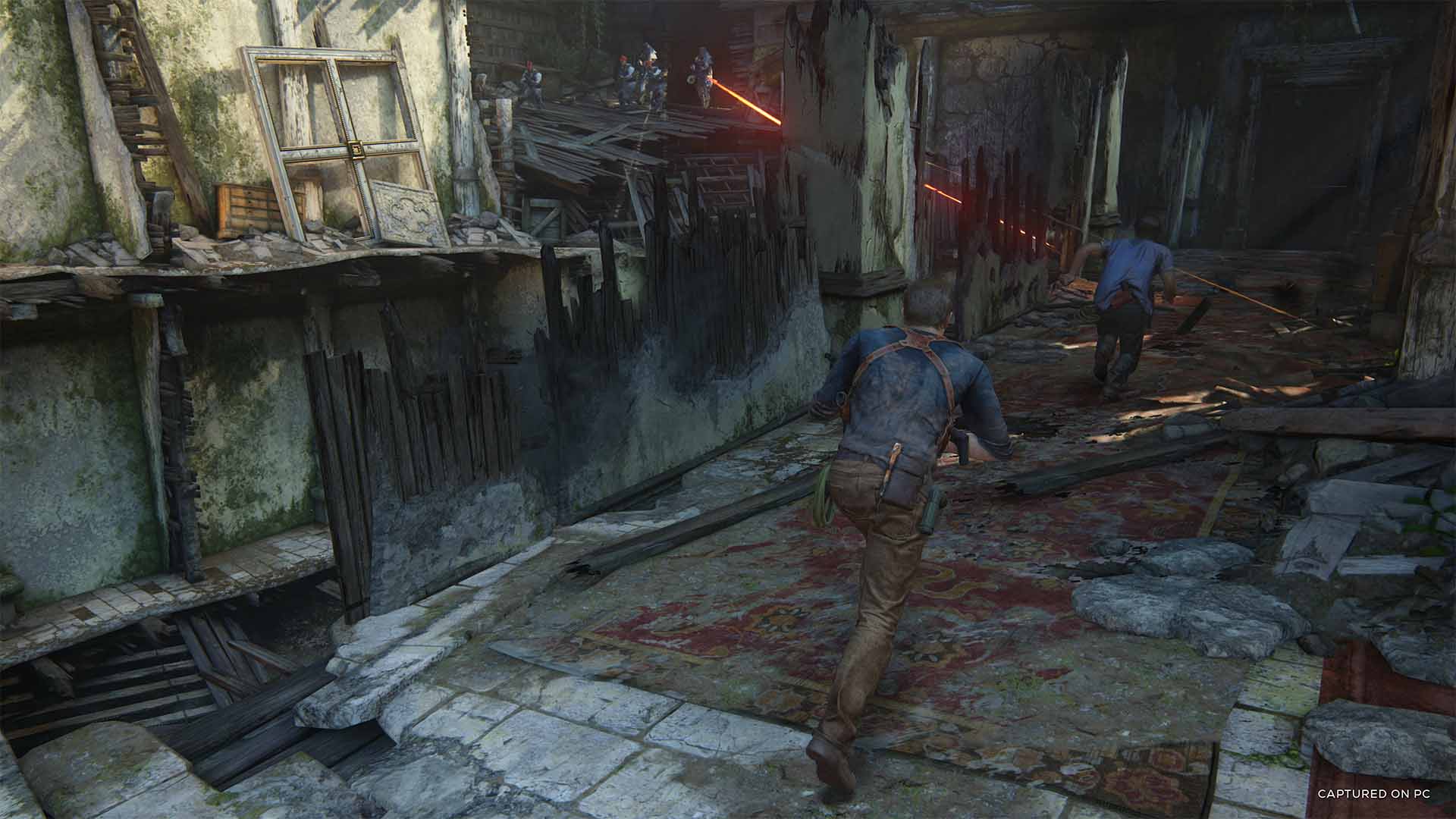 But the ability to hit 40fps and above on Valve’s Steam Deck on a medium setting is just ridiculous. I can’t explain why, despite having played God of War and Marvel’s Spider-Man on Deck, that I thought Uncharted: Legacy of Thieves Collection would struggle, because I was so wrong. After an admittedly lengthy shader caching takes place upon first boot of the game, the load times and frame rate feel like magic.

Whether it’s the early, indoors-heavy scenes of A Thief’s End, with the camera pulled tight to Drake as you bare knuckle box the inmates, or it’s the large open vistas of Chloe’s adventure in The Lost Legacy, the frame rate is stable, with wiggle room if you want to push it even higher, and as an older man, it feels quite remarkable playing two enormous adventures in the palm of my hand. In fact, the only real complaint about playing this way is the load times, which can be on the longer side, depending on if you’ve let the shader cache do its work. 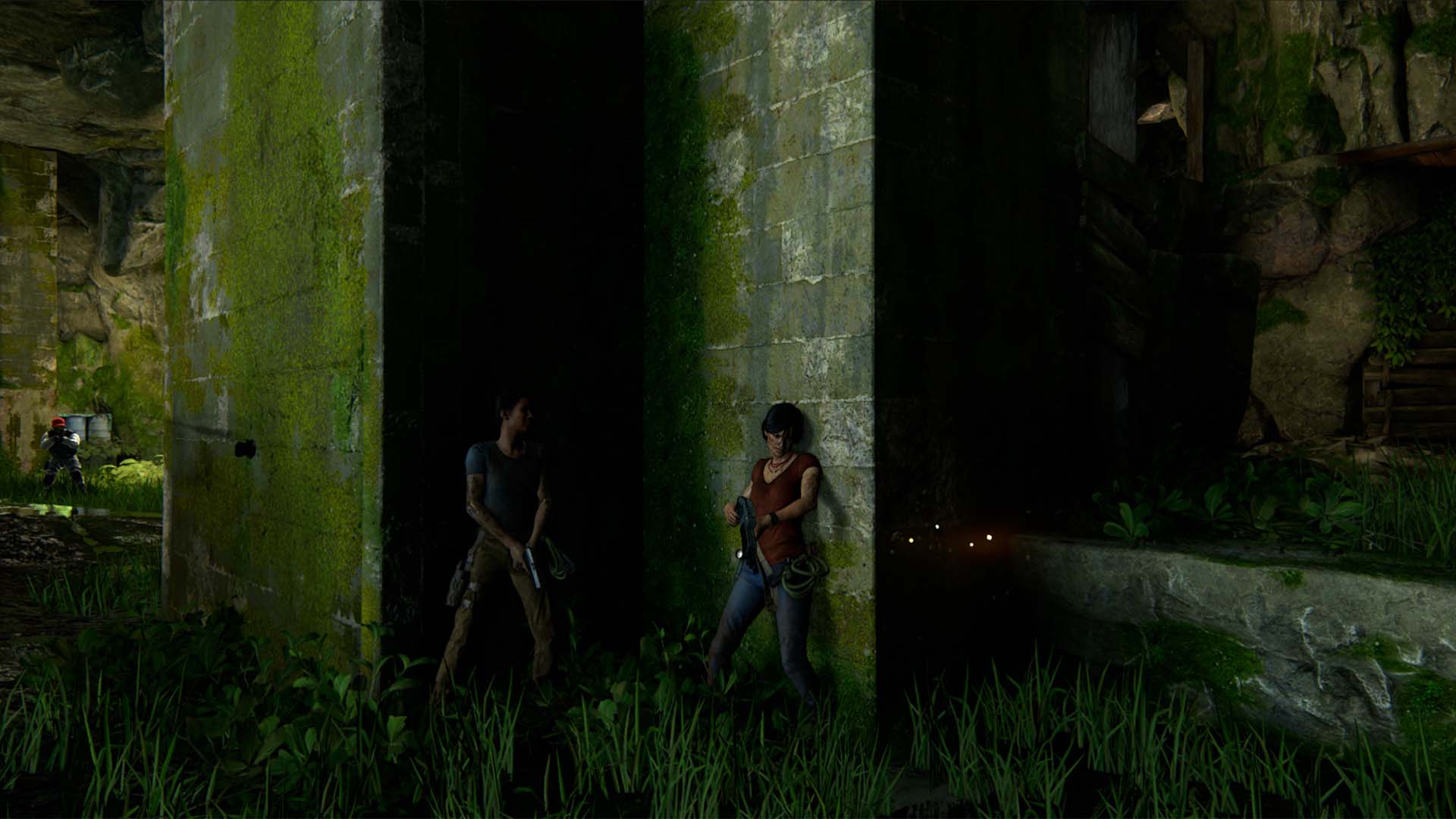 I really can’t understate how impressive that first “walking out into the open” moment of Uncharted 4: A Thief’s Tale is on Steam Deck, with vibrant greens and a gorgeous skybox staring back at Nathan Drake’s beaten and bruised body. Likewise, even the early moments of Lost Legacy as the evening rain comes in and the neon lights explode through the night: it just looks lovely. Responsive movement and tight controls mean that these don’t feel like old games, either, and in fact, they feel surprisingly quick to control, which is maybe just my mind playing tricks. It’s a point of contention to say this, perhaps, but Lost Legacy might even pave the way for future Uncharted games, with a more open environment, and perhaps a different protagonist.

It’s worth noting there’s no “new” content here for returning players. If you are a super-fan, all you’re getting is a more customisable version of the game with that Steam Deck handheld potential. It’s a massive download, too, well over the 100GB mark, pushing up to around 140 or thereabouts. Even on a fast connection, that’s a lot of game to grab, and while it’s not an issue per say, I’d call it out with Call of Duty or the NBA 2K series, so I’m calling it here. That said, there’s two full, lengthy experiences with 4K visuals and bags of voice acting, so it’s a little less egregious here, than in the aforementioned titles, perhaps. 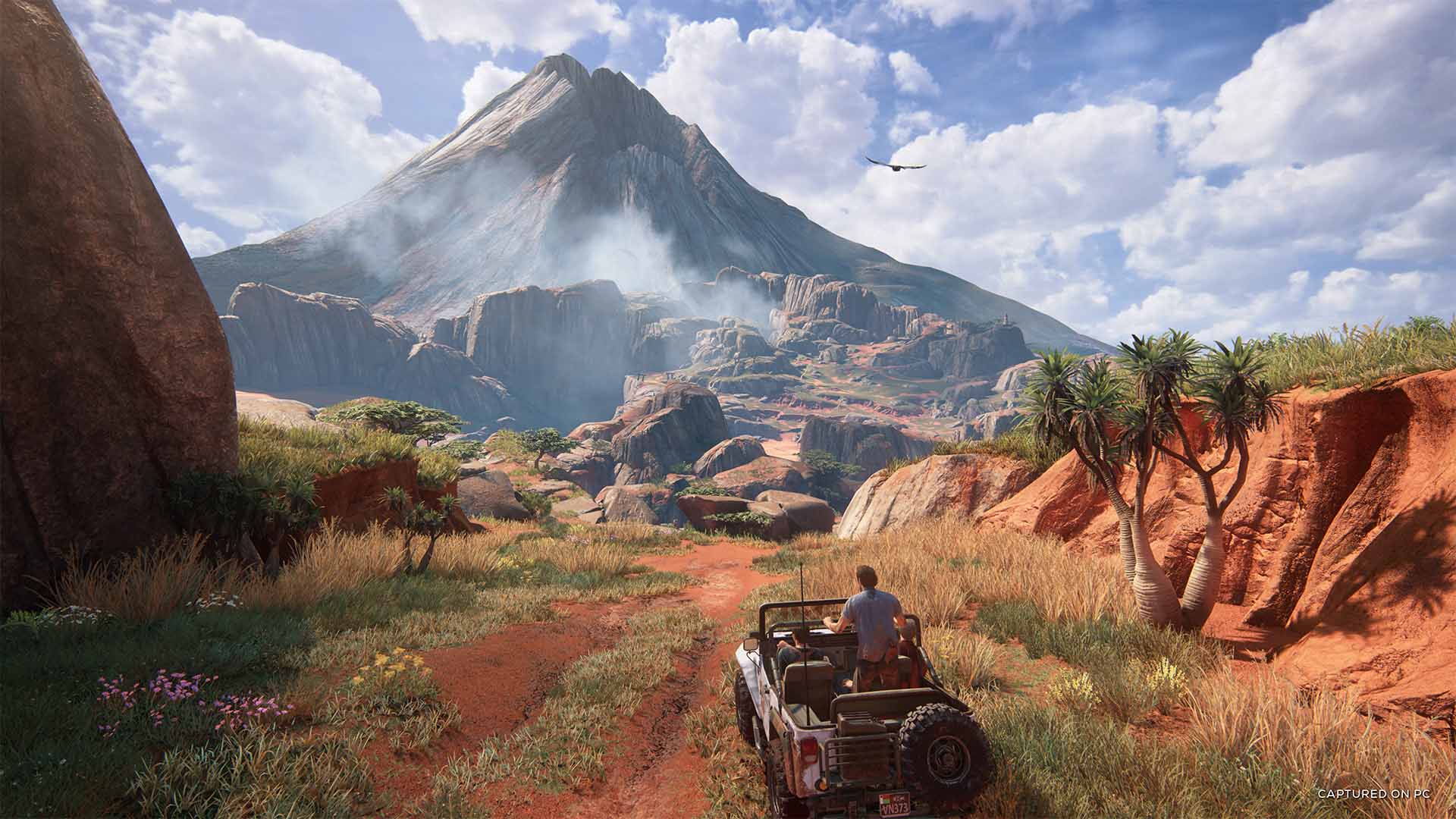 What this all means is that for around £44.99 you’re getting two exceptional, 10/10 games in one package that will run on most modern PCs, and even on Valve’s handheld Steam Deck. Age has been kind to both Uncharted 4 and Lost Legacy, and I was more than happy to play them again, despite having rinsed them when they came to PlayStation 4.

On the games themselves, as Chris White said in his review on PS5, “Nathan Drake’s most recent adventure saw the hero go out in style. Meanwhile, The Lost Legacy gave players a chance to take control of Chloe Frazer, one of the best characters that isn’t Drake. Uncharted: Legacy of Thieves Collection includes both of these exceptional titles, enhanced for PS5”. There’s not much new here aside the Steam Deck option, but if you’ve been waiting for Uncharted PC to happen, you’re going to be very happy indeed. A brilliant package, lovingly ported, and giving PC players two superb adventures to be happy about. Fantastic.

Load times can be long

Two top tier games come together in the same package as the PS5 got, only now there's Steam Deck support, and wider PC support: what's not to love about Uncharted: Legacy of Thieves Collection on PC?