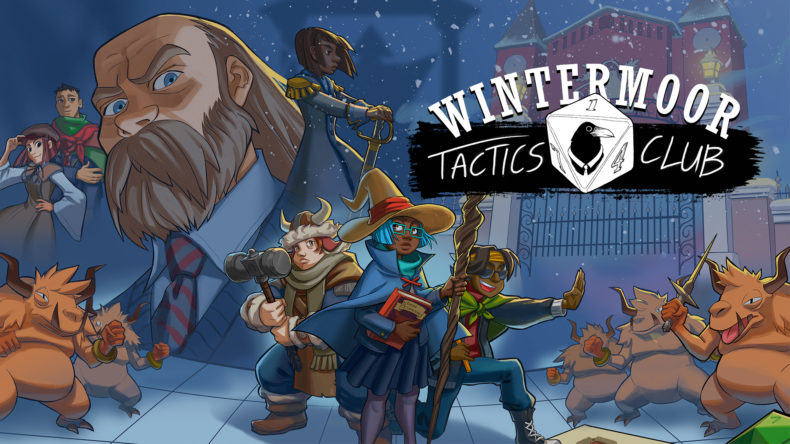 2020 may not have been the best year for a whole host of reasons, but it’s hard to deny how great it’s been for tactics games. Fans of thoughtful, strategic combat have had plenty to sink their teeth into. Whether it’s taking down the Locust in Gears Tactics or gunslinging your way through Desperados III, it’s hard to think of a better year for the genre. If you’re looking for something a little more light-hearted in this firearm-filled style of game, then the snowball fights of Wintermoor Tactics Club may be right up your alley.

At the boarding school of Wintermoor Academy, there’s nothing the students enjoy more than spending time with their friends in one of its various clubs. With clubs for Psychic Detectives, Equestrians, and New Wave Appreciation, there’s sure to be a group and clubhouse where prospective students will fit in. For Alicia, that place is the tabletop gaming society known as the Wintermoor Tactics Club, where she and a couple of friends meet regularly for a quiet game of Curses and Catacombs (C&C for short). Unfortunately for Alicia, the outlandish headmaster of the academy has ordered each of the school’s clubs to compete in a snowball fight competition to crown the ultimate club, with all clubs but the victors getting disbanded. It’s up to Alicia and her friends to use their strategic knowledge from C&C to overcome the odds and keep their clubhouse open. 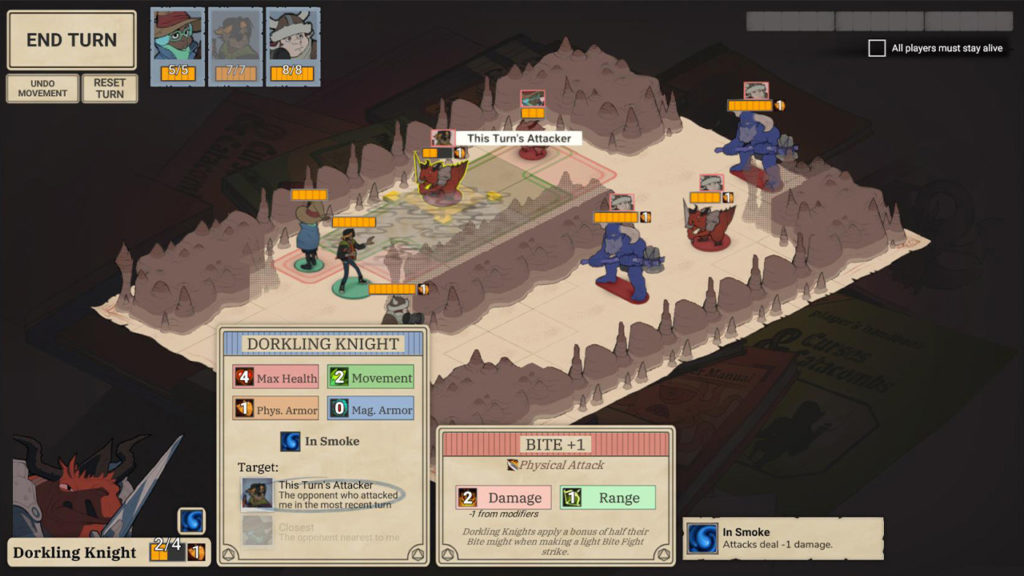 Whether they are in the fantasy world of Curses and Catacombs or on the snowy school grounds, battles take place on a traditional tactics grid. As you might expect, you’ll take turns moving your team around and using each member’s unique attacks to dispatch the fantasy creatures (or peers) in your path. Each member of the tactics club has their own strengths and weaknesses, and you’ll need to use your tanky fighters and powerful mages effectively if you want to win a battle.

There’s a really impressive range of abilities available to your characters, along with some passive buffs you can earn on your journey to club supremacy. One of my favourites was Alicia’s Spark ability, which hits a cross shape of enemies, but also chains through all other adjacent enemies to decimate grouped up foes. Alongside regular attacks, you’ll also unlock super moves, which (if you’ve gathered enough tactics points) can turn the tide of battle with massive damage or powerful debuffs. 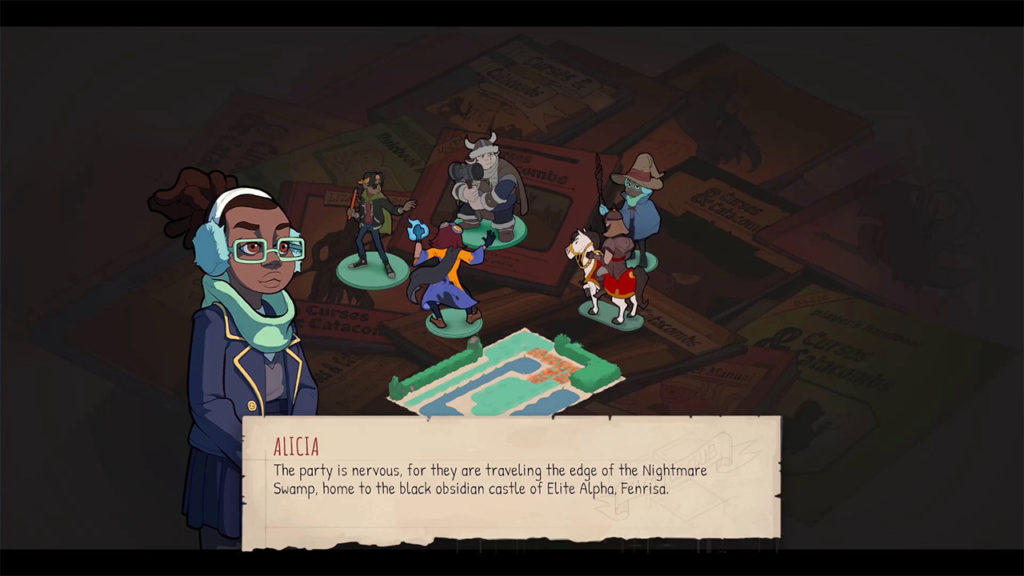 Outside of combat, you can move between the different areas of the school and talk to other students. Before entering an area, you’ll be told how many students are there and if there are any side quests to complete. These optional missions will generally see you looking for something or someone throughout the school, which would be more palatable if not for the long load times every time you change area. After 15-20 seconds of waiting for a building to load, discovering that the poster you are looking for is somewhere else is pretty frustrating. Your characters don’t level up, and beating these side quests is one of the only ways to unlock new buffs for them, so it’s unfortunate that the load times make completing them a slog.

Another way you can upgrade Alicia and company is by beating harder challenges in C&C. These will often also have extra objectives to keep in mind (like keeping a certain character alive) to add to the challenge. Even these “difficult” challenges tended to run a little on the easy side, and although there are a lot of options to tweak enemy and player health I struggled to find a satisfying difficulty level. 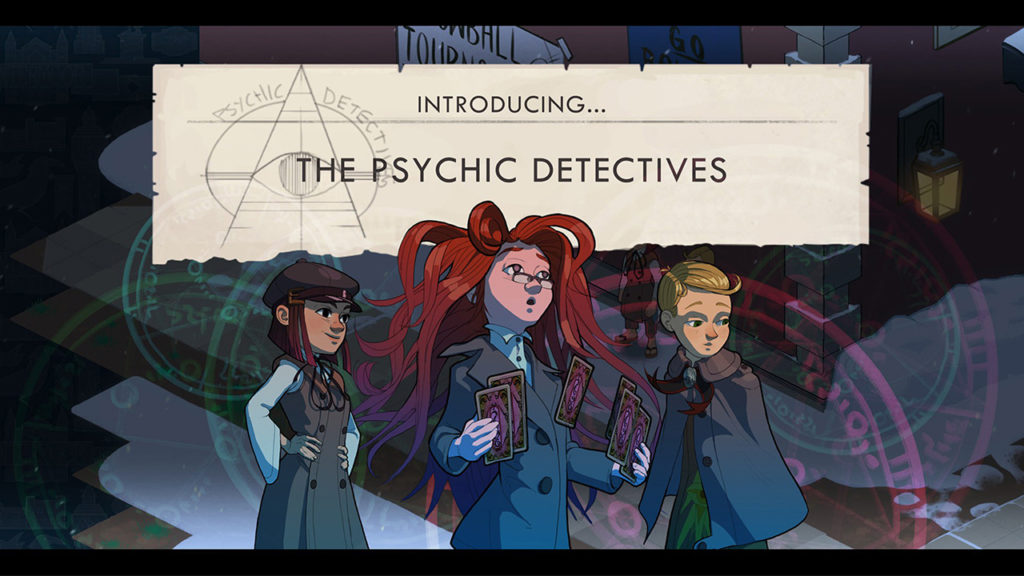 The Switch is the console I enjoy playing tactics games on the most, but Wintermoor Tactics Club unfortunately doesn’t take advantage of its touch capabilities. This would be fine if controlling the game was easy, but using the analogue stick to move between squares on the grid doesn’t work particularly well. If you push the stick slightly off the angle of the next square you’ll end up in entirely the wrong place, and each turn took significantly longer because I struggled to move the cursor where I wanted it to go.

Wintermoor Tactics Club is a fun and lighthearted entry point into tactics games. It may not offer a ton of new ideas (or much challenge) for strategy whizz kids, but if you’re new to the genre, and can forgive some loading and control issues, you’ll find a comforting spot in the Wintermoor Tactics clubhouse.

Wintermoor Tactics Club is perfect for newcomers to the genre, but doesn't offer much for experienced tactics players