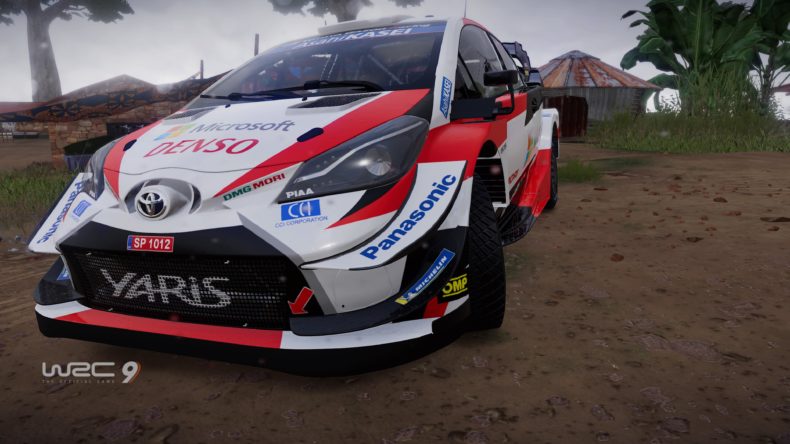 It’s strange to think that rally is a niche motorsport, but it really is. Maybe it’s the lack of actual racing that puts people off, but if you take a little time to watch some of what these guys and gals can do, it’s astonishingly tense and exciting. Especially when you see it through the onboard camera. The way they keep control of these nearly-400-horsepower monsters, on the toughests of surfaces and along the narrowest of dirt roads, is nothing short of wizardry.

KT Racing’s WRC series has come on leaps and bounds in the last few years, with last year’s game being one of the best rally experiences I’ve had in a video game. WRC 9 takes that formula and runs with it, and although it suffers a few prangs along the way, it’s another winner.

The official game of the World Rally Championship, WRC 9 kicks off once again with a quick tutorial. Well, less of a tutorial and more, “here, have a go and we’ll see how you get on.” Depending on how you perform in this opening stage, it will suggest settings such as which assists you should use, though it’s entirely possible to select whatever you want. These are merely guidelines. 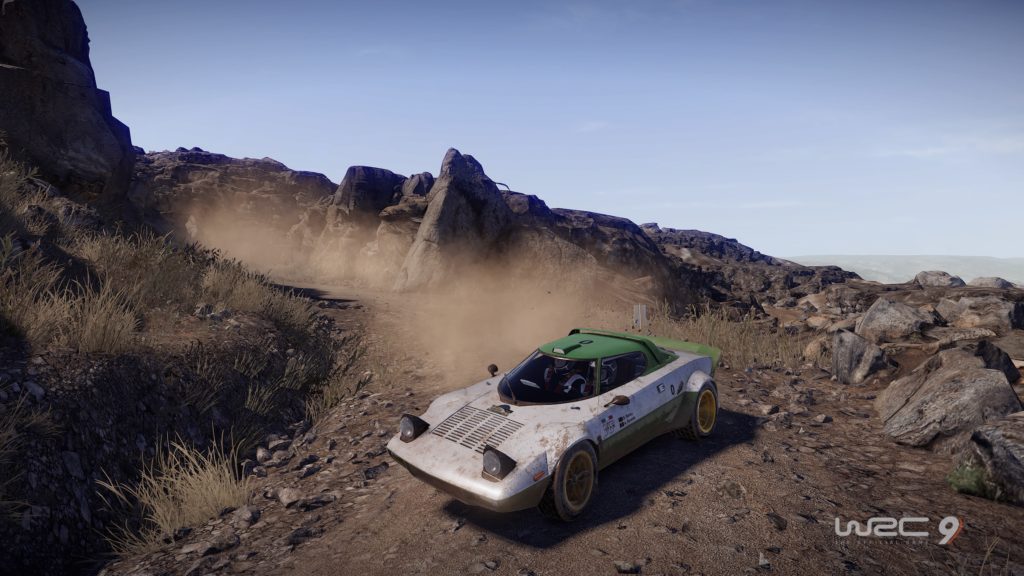 After last year offered some incredibly smooth handling, I was somewhat disheartened to feel a more twitchy, nervous handling in WRC 9. I was able to fiddle with the (admittedly extensive) settings enough to find something more responsive, but I could never quite replicate what came before. It is still perfectly playable, but it either felt a little too sensitive or a little slow to respond, making it quite difficult sometimes to keep your car steady. It was never more noticeable than during a Historic Rally event in Career mode, which saw me clinging on for dear life while trying to point a Lancia Stratos in the right direction. It just didn’t feel within my control at any point.

When you do find a rhythm, however, the game does do an impressive job of replicating the tension and excitement of driving rally machines at speed. Whether it’s the snow and ice of Sweden’s opening rally, the tight, asphalt roads of Japan or the rain-soaked gravel and mud of Wales, you’ll need maximum concentration and your best reflexes. The sense of speed will make your eyes bleed, and when the rain is lashing at your windscreen and your wipers struggle to keep the water at bay, it’s almost as terrifying as a horror game. 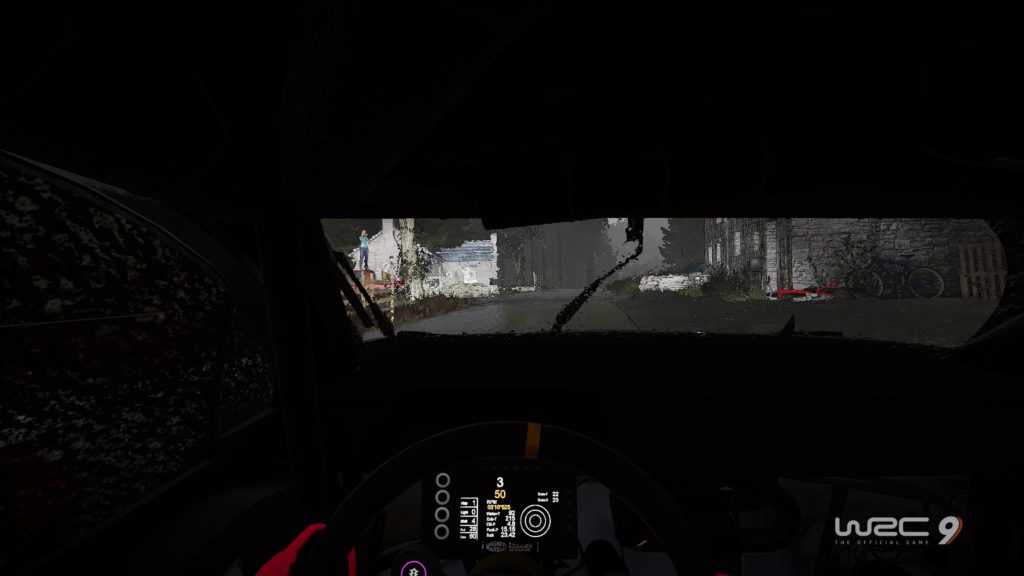 Those rain effects are just one part of the quality of WRC 9’s visuals, too. Whether played at 1080p, or 4K on a PS4 Pro, it can produce some spectacular sights. The low sun’s rays piercing the edge of a dark forest, the countryside visible below as you slide around high, mountain roads, even just the sheer level of detail in each car, it all comes together to form some rather realistic views. The attention to detail is something else, too, as you notice the camera drone fly by, or when you need to turn on the wipers to clear the dust and grit from your windscreen. Sure, it’s a shame it can’t do this and hit a smooth, sixty frames-per-second, but it always runs at a solid framerate no matter what the game throws at you. It’s just closer to thirty frames.

The presentation goes above and beyond just the visuals, too, with its magnificent sound. The throaty roar of the engines is something that deserves a good sound system, or a bassy set of headphones that will rattle your bones when you press the loud pedal. When watching replays, the way the engines rumble in the distance on wide-angle shots, is exactly how it sounds for fans standing on cold hills waiting for a glimpse of their favourite rally stars. Many of whom are here, of course. From WRC 3 and WRC 2 classes, up to the top WRC stars such as reigning champion Ott Tänak and modern legend Sébastien Ogier, driving for their respective teams of Hyundai and Toyota. 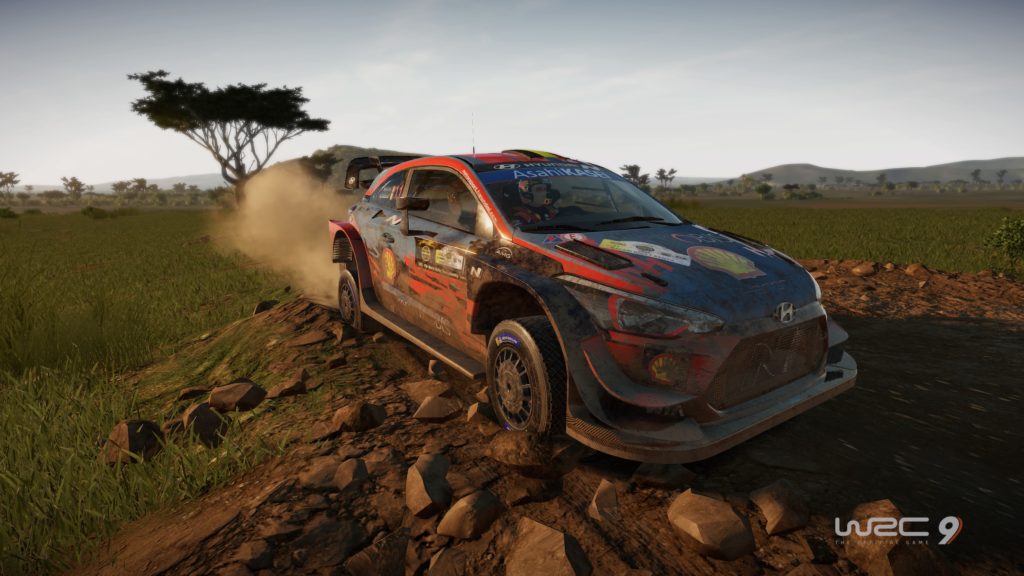 Perhaps you would rather drive for your own team? It’s career mode for you, then. You can start out from the Junior WRC class, or start a little higher in WRC 2, either way you’ll be aiming to progress into the World Rally Championship in order to win the highest honour in the sport. You’ll start out much the same way as in WRC 8, getting used to managing your crew and finances. You’ll need to balance event scheduling to make sure you get time behind the wheel, making money, as well as ensuring that your team gets the rest they need to keep your car in top condition. Aside from the rallies themselves, you can take part in manufacturer tryouts, training runs, historic rallies and “extreme conditions” events, which see you driving as far as you can in a damaged vehicle, usually during a storm or blizzard. At night. It’s very similar to last year’s game, but sometimes familiarity can be a good thing.

Outside of career, you can take part in seasons that allow you to take on the rally calendar without any team management. For those wanting a pure, driving experience like the old Colin McRae Rally games. The Test Area returns, letting you drive around an open test ground in your chosen vehicle, to get a feel for the handling and to test setups. Challenges offer a little extra, bringing in some of the optional events from career mode and letting you take them on separately, racing against the clock. 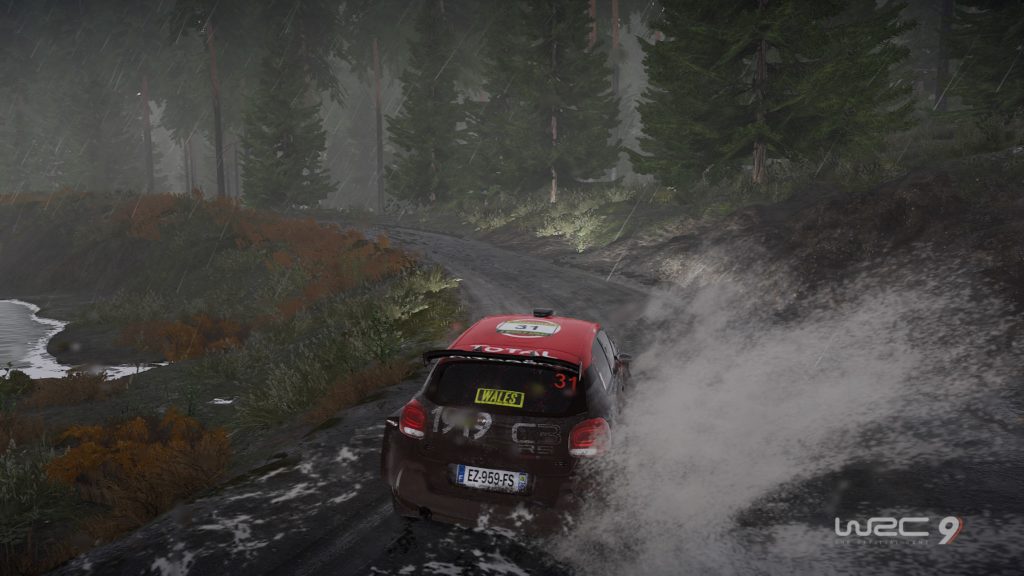 This is all on top of the returning online multiplayer options and limited-time events, as well as Clubs, a new mode that allows you to set up your own challenges for players all around the world. You’ll pick the destinations, stages, weather and time of day, as well as choosing whether to restrict the car choice or not, and then it’s up to others in your club to rise to the challenge. Or you can join a club, take on the challenges yourself. There really is a wealth of game modes available in this year’s game.

Despite a few flaws in its updated handling physics, this year’s game is an incredibly robust package. From the sheer variety of game modes, to its in-depth career, WRC 9 adds yet another top quality driving game to 2020’s already impressive line-up.

Although it feels a slight step backwards from last year, WRC 9 is still an impressive rally game that fans will love.