previous
The WWE 2K20 release date, cover stars and special editions have been announced
random
next
The 5 Most Expensive Video Games Ever
0 comments 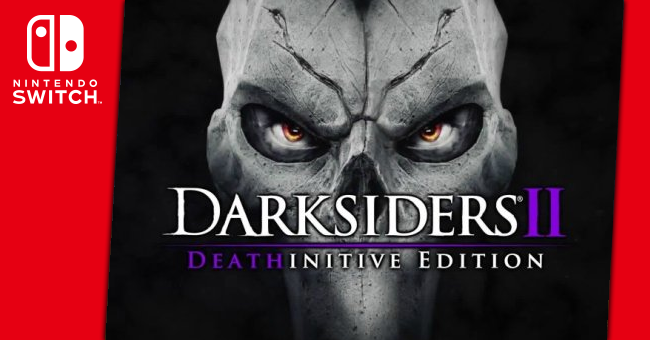 You can’t fault THQ Nordic’s commitment to Darksiders. Since it acquired the licence from the remains of old THQ, it has produced remastered editions of the first two games, before eventually publishing a third game in the once-dead series. On top of that, THQ Nordic even brought back some of the series’ creators in Airship Syndicate, to create a brand new adventure in Darksiders Genesis, coming later this year.

Earlier this year, the remaster of the original Darksiders arrived on Nintendo Switch, and it looks like the remastered sequel is on its way too. Very soon, too.

Featuring the adventures of second Horseman Death, Darksiders II takes place during the events of the original game and sees Death trying to clear War’s name and save the Earth while he’s at it. Darksiders II: Deathinitive Edition featured all the DLC, plus improved visuals and performance when it arrived on PS4, Xbox One and PC in 2015, and aims to do the same for Nintendo’s hybrid console. Within the constraints of the hardware, of course.

It makes you wonder if Darksiders III will eventually head to Switch, eh?