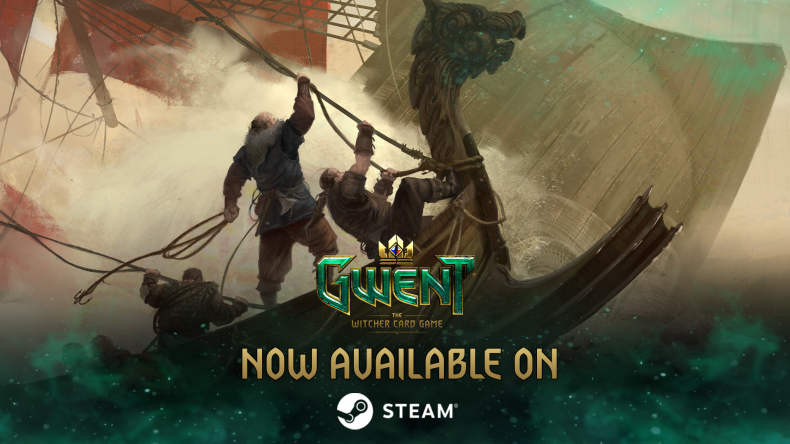 Fans of The Witcher 3 will know all about GWENT. Its addictive brand of card battling has taken up many an hour during Geralt’s adventures, which is why CD Projekt RED brought the full game to PC and mobile. But only now has GWENT made its way onto Steam.

Being free-to-play, players who prefer to play on Steam can carry over their progress from the GOG.com version if they so choose. Especially if they want those precious Steam Achievements and trading cards. You can even carry progress back and forth across PC and mobile, for those wanting to continue playing while out and about. Or just away from the PC.

If you play Thronebreaker: The Witcher Tales on Steam, a new update means you can unlock GWENT rewards for progressing in Thronebreaker’s campaign. If you already played it, those rewards can be retroactively unlocked, as long as you played it through in online mode. These rewards include avatars, titles, premium kegs and cards for multiplayer GWENT.

GWENT: The Witcher Card Game is out now on Steam, in addition to GOG.com, iOS and Android.