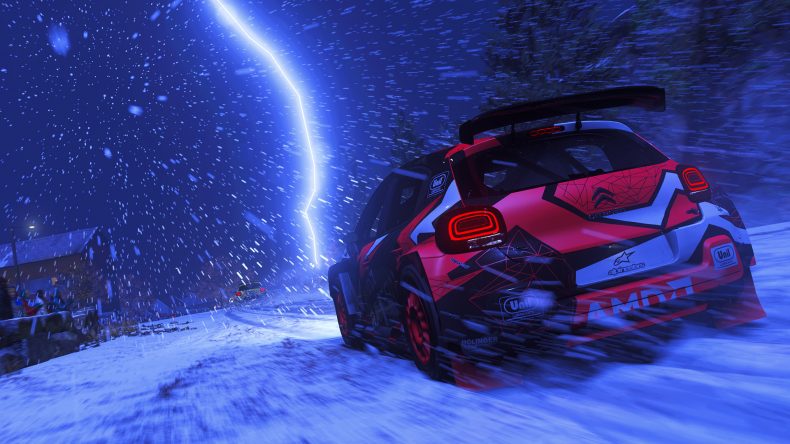 Key members of the DiRT Rally 2.0 and DIRT 5 development teams (at Southam and Cheshire respectively) talk about the past, present and future of Codemasters’ rally games in this new video.

This one, right here:

DiRT 4 and DiRT Rally 2.0 where pretty similar in their content, with Rally simply being more of an authentic sim in comparison to 4’s more arcade/sim hybrid approach, so it stands to reason that DIRT 5 is taking a pretty hard left turn in its approach to off-road racing.

From the bold, bright and stylish approach to DIRT 5, to the authentic, ultra-challenging design of DiRT Rally 2.0, the Codemasters teams discuss what goes into creating those dedicated experiences, how the two teams balance collaboration with innovation, and why the decision has made to take this development route.

We hear from the DIRT 5 team who goes into detail on how they’re developing an amplified extreme off-road racing game. The DiRT Rally 2.0 members also give a glimpse of what’s to come for the award-winning simulation-focused series, with the overarching goal of solidifying DiRT as the leader for all things off-road racing. DIRT 5 launches from October 2020 on PlayStation 4, Xbox One, and PC, with Xbox Series X and PlayStation 5 versions also on the way. Still waiting on release dates for the next generation, of course. Google Stadia players will also get to play DIRT 5 in early 2021.