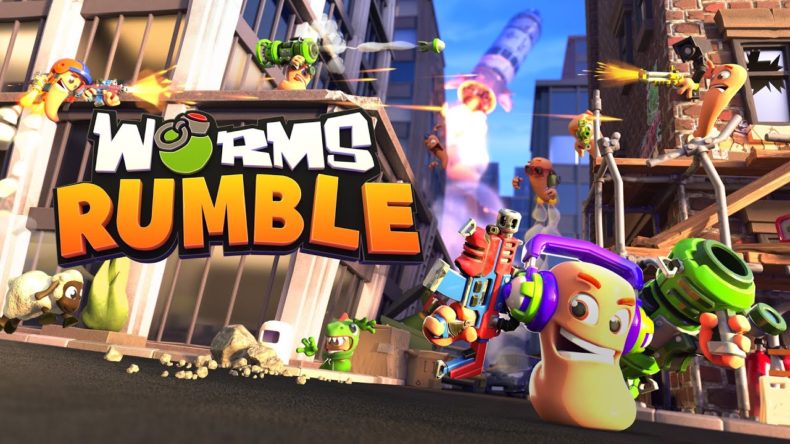 The Worms games are almost universally wonderful, I think we can all agree on that. The humour and style is timeless, the oddly frantic turn-based strategy, and memories of laughter while playing multiplayer, it’s a classic series that created so many great memories.

But what happens when you take that multiplayer aspect and drop the titular worms into a side-scrolling, online shooter? Well, having spent a few hours doing just that, during a recent beta, I must say that it’s got the potential to be just as fun as those multiplayer memories of the early games. Only with a lot more action. No really, a lot more action. 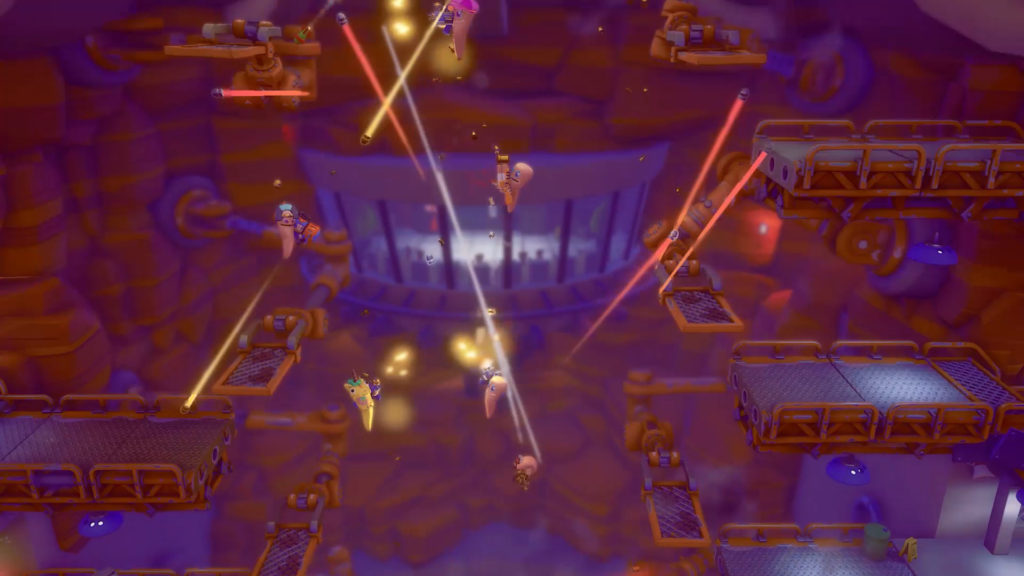 Think of Worms Rumble as a twin-stick shooter. Using an Xbox controller, the left stick moved my Worm around (stop giggling) while the right aimed in a 360-degree arc around him. With such simple controls, it just allows you to get right into the action, jumping and shooting to your heart’s content. Or until you’re shot in the face. Which happened quite often, in my case.

Worms Rumble somehow manages to capture the feeling of earlier games like Armageddon, only without having to wait for your turn to blast your enemies into oblivion. I’m not even sure how Team17 has managed this impressive feat, to be completely honest with you. It also managed to recall feelings of playing the Unreal Tournament and Quake games, as everything moved so quickly during each match.

This was just during standard Deathmatch play, however. The beta only offered the simple pleasures of unlimited respawns amid showers of bullets, during 10-minute matches, whereas the full game will also contain 32-player battle royales. I like myself a good battle royale, despite never being particularly good at them, and I’m excited to see just how Worms Rumble’s brand of multiplayer shooting will translate to a genre dominated by games like Fortnite and Apex Legends. 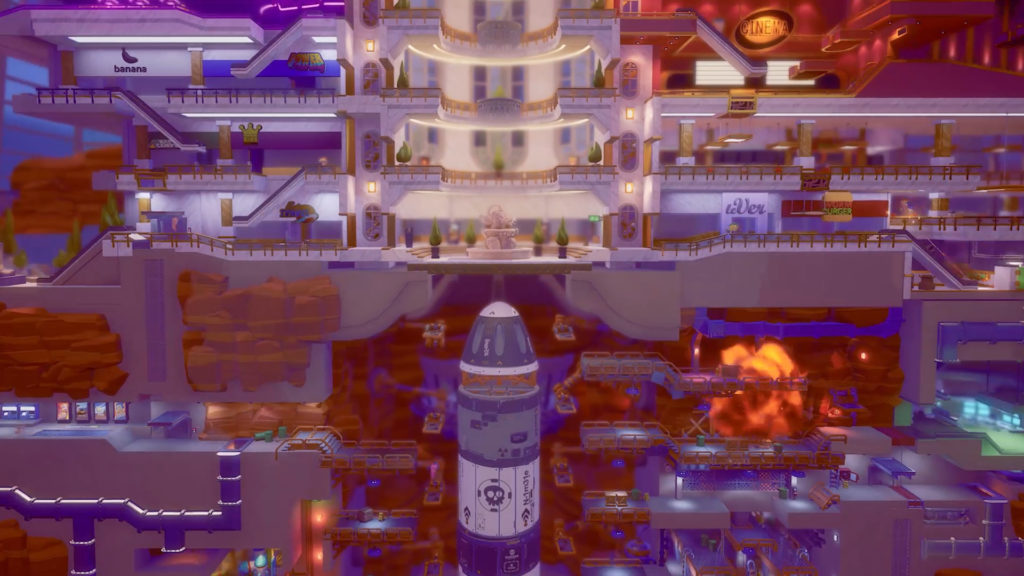 One of the tricks this game has up its sleeve, if the beta map was any indication, is that there could be events that change the environment. In this case, it was a rocket that blasted off during the match, but you can imagine the possibilities of Battle Royales being affected by maps that change during the course of a game. I’m also intrigued as to how a side-scrolling shooter will manage maps that accommodate 32 players at once. It’s certainly going to be a balancing act, but if the design is as impressive as the Deathmatch map from the beta, there’s no reason for me to worry.

It’s not all good news, though. As much as I enjoyed the arena shooting and incredibly fun, frantic gameplay, there were some…inconsistencies in the damage output during most matches. On a number of occasions, unloading an entire clip of ammo or scoring multiple direct explosive hits, would barely scratch my opponents, yet a few hits from their shotgun would wipe me out. Whether it was a server issue or something deeper and more concerning, I’m not sure, but hopefully the beta will have helped Team17 iron out issues like this. 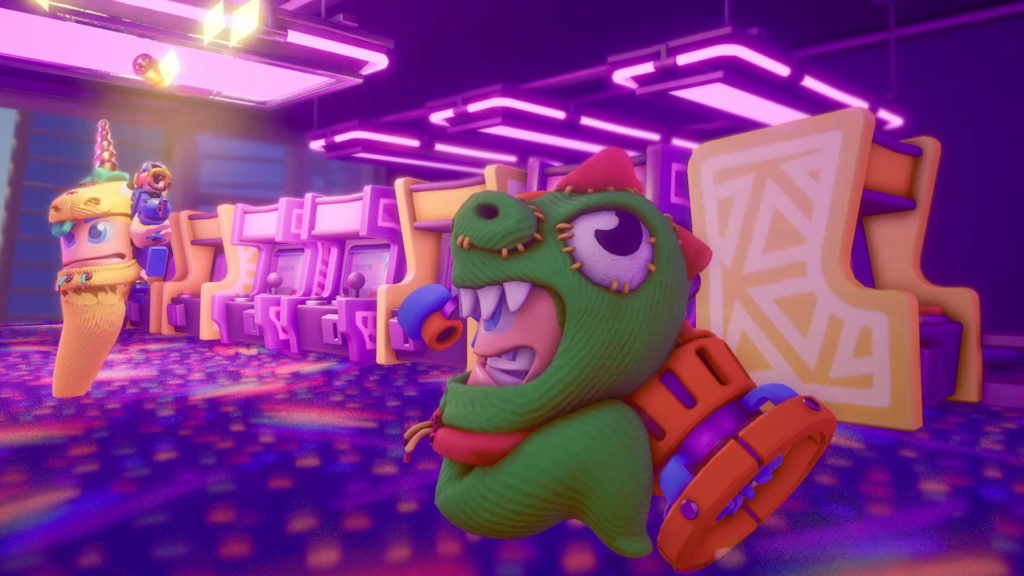 Other than that, I really enjoyed my time with Worms Rumble. Its movement is sublime, whether you’re rolling around in a ball or wall jumping while taking shots at an opponent, it feels fantastic to play. I even managed a few kills, though I was never endangering the top of the leaderboard, and that proves there is something accessible about this shooter. If I can hold my own, so can anyone. Even if it’s only for a little while.

It looks great, too. It takes the style made popular in Worms 2 and simply adds to it, bringing it up to 2020 standards without sacrificing any of the character and charm of the old games. Classic weapons return, including the Holy Hand Grenade and Banana Bomb, which raised a smile and will surely please fans.

Worms Rumble is filled with potential. Deathmatches are fun and frantic, feeling like a mash-up of classic arena shooters and classic Worms action, without waiting for your turn to fight. I can only imagine how well its twin-stick style will fit in the Battle Royale genre, but I sure am looking forward to finding out.

Team17 Unpacks Pre-Order Bonuses and Free Demo for Moving Out