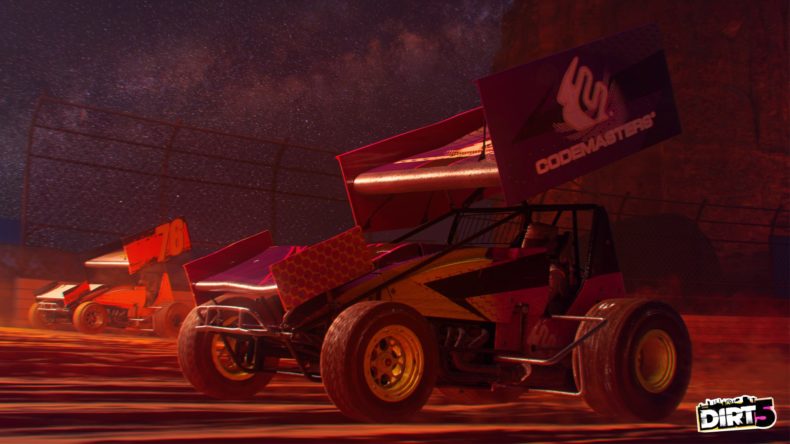 Fresh from showing off DIRT 5 on the Xbox Series S, Codemasters is back again with the 1440p resolution to show off the game’s dynamic weather system. This time, it’s the turn of a Land Rush event in Morocco, which takes players through extreme routes across off-road terrain.

The twist? A rather nasty sandstorm blows through, mid-race. Have a look for yourself:

I got a brief taste of the extreme weather in my first preview of DIRT 5, back in June. Which obviously feels like it was several years ago, at this point. Nevertheless, I was impressed with what I saw and this new footage is no different. In fact, it reminds me more and more of the Motorstorm games, which is no bad thing.

The game’s Development Director, Robert Karp, had this to say about this latest gameplay reveal:

“Nothing demonstrates our dynamic weather better than a Morocco sand-storm. Being visually impaired and battling the elements means players must retain focused if they’re to taste victory.”

DIRT 5 is coming to PlayStation 4, Xbox One and PC on November 6th. It will also launch alongside the Xbox Series S/X on November 10th, with PlayStation 5 following shortly after, each with a free upgrade from the current-gen version. Finally, a Google Stadia version is planned for early 2021.