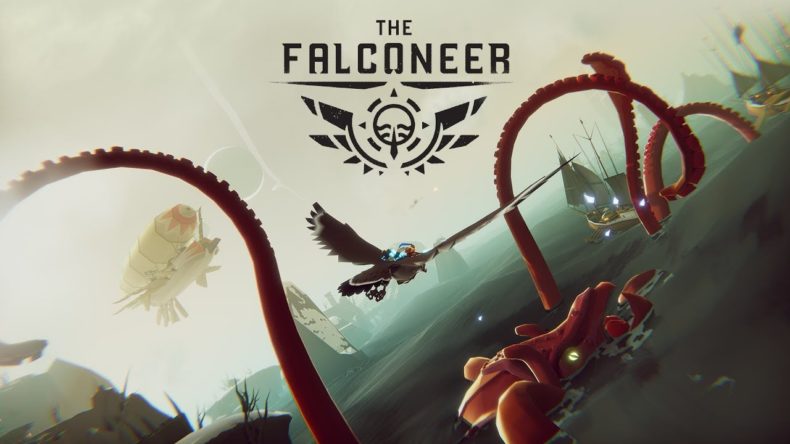 Remember when combat flight games were everywhere? Be they the old Jane’s simulators or the more arcade Ace Combat series, or the countless space combat games like the X-Wing/TIE Fighter series, Freespace or even Colony Wars, they were rather popular for quite some time. You might be wondering what falcons have to do with space flight, but it’s quite simple: The Falconeer is a combat flight game.

Okay, so there’s more to it than that. There are mild RPG mechanics, a fantastical open world to explore, and there’s the small matter of you piloting an actual falcon. Admittedly, it’s a giant falcon with an energy gun wired to big, Steampunk electricity tanks on the Warbird’s back. Oh, and those tanks are recharged by flying into lightning storms. That bit can be a little tedious, but we’ll come back to that. 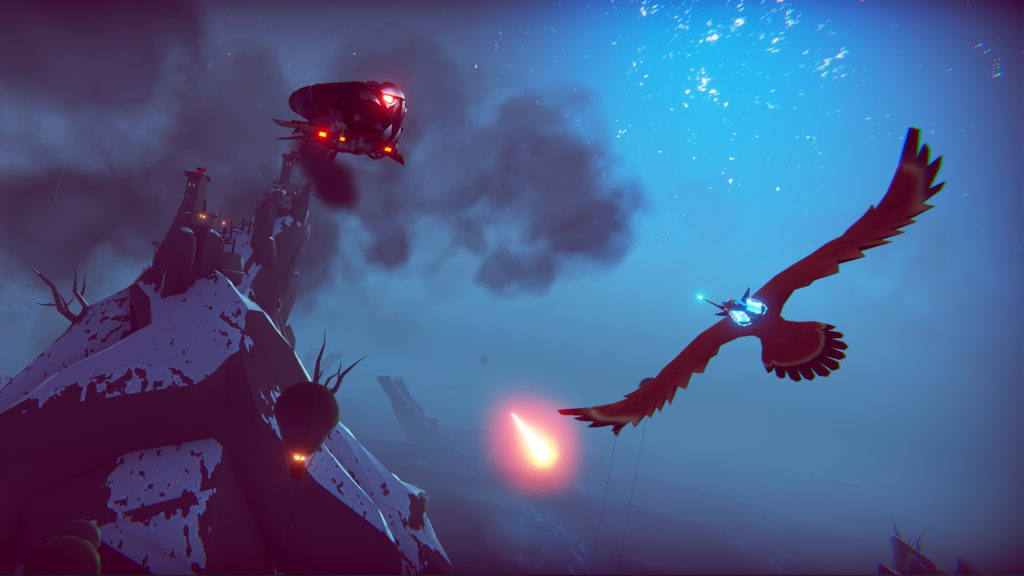 With multiple campaigns, thanks to choosing from a selection of character classes when you start the game, there’s a chance that your first playthrough will differ from mine. For this preview, I was a resident of Dunkle, a small mining town. I got myself wrapped up in a trade dispute with the wealthy owners of Dunkle’s mining contract, which led to various revelations and lots or aerial battles with pirates.

The dogfighting (or birdfighting) is excellent, but is also showing a few cracks in this preview version. The controls are simple, with the ability to dodge and roll for maximum defence, as well as slow your pace for quicker turning to keep your enemies on their toes. Or talons. Or whatever. Even the most basic of fights can feel pretty epic as you swoop around one another, shots blasting through the clouds. Your warbird is agile, able to move around with much more precision than your typical aerial combat game, and it makes for some fantastic battles. 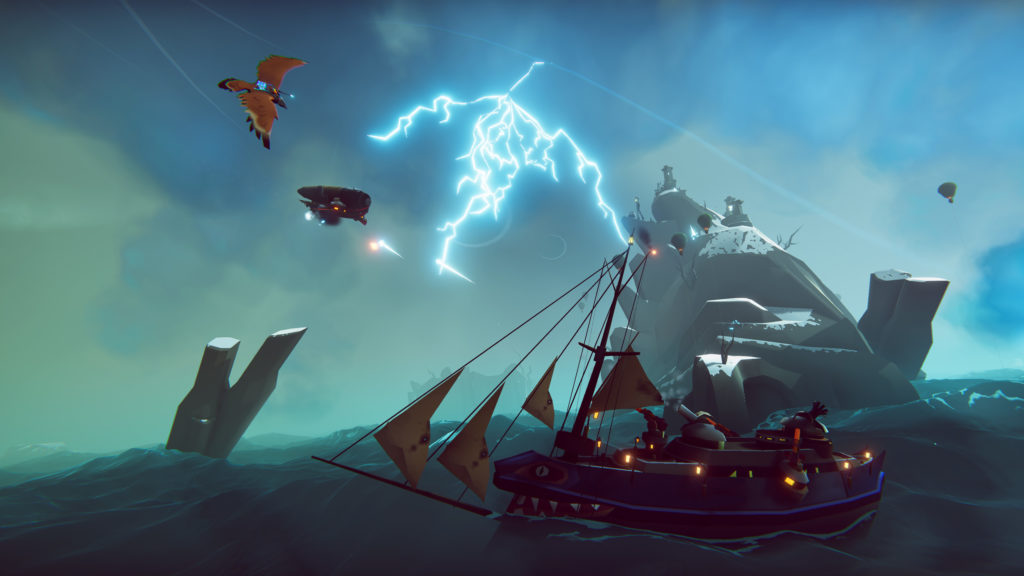 However, I found my enemies to be unnaturally accurate with their shots. No matter how much I banked and rolled, feathers would fly as almost every shot found its mark. On the standard difficulty, you simply don’t last. Even knocking the difficulty down, there were missions that still felt a little too difficult. Worse, if you find yourself running out of ammo and have to retreat to find a storm to recharge, there’s a chance your enemies will respawn upon your return to the mission area. I’m fine with games being tough, but this felt like kicking me while I was down, especially after I’d already spent quite a while taking out a couple of the pirate birds. Plus, the bigger ships had regained their lost health too. Totally demoralising.

It also commits a rather old school sin: no mission checkpoints. If you die at any point during a mission, you’ll have to restart it from the beginning. Imagine having spent ages on a huge battle, the odds stacked heavily against you, only for that annoyingly accurate AI to take you down, and you have to do it all over again. Considering some missions consist of multiple parts, checkpoints are a must.

That said, you can decide to put off a mission until later, instead taking on delivery work or claiming the bounties of pirate scum. Making money will let you upgrade your falcon or your weaponry, allowing you to go back to those tougher story missions with a little extra bang for your buck. You aren’t guaranteed success, but at least you’re given the option to stop banging your head against a brick wall, for a while. 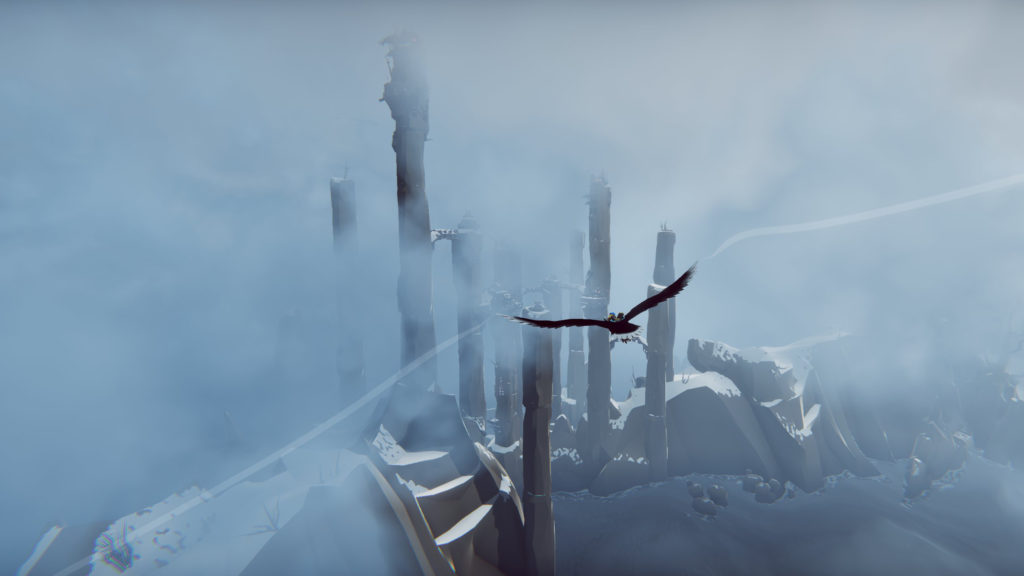 Exploring the vast Ursee is a lovely experience, bringing some nice respite from the more combat-heavy missions within the game. It lets you take in the beauty of the game’s art style and its rolling seas, discovering various sights and new perch points for your mount. Some are on neighbouring towns with their own side missions for you to earn more money, whereas some perches offer insight into the lore of the Ursee and its history. Honestly, simply flying around the map was a pleasant experience, finding new areas and getting into fights with random pirates. Reminded me a little of Sea of Thieves, only without the other players. And, you know, being on a giant falcon.

The Falconeer was already something in which I was very much interested, even before being allowed to play this preview build. My time with the game was exciting and fun, despite the issues I mentioned. At best, the game feels fantastic to play and it is absolutely beautiful to behold. It offered glimpses of its story and lore, leaving enough mystery to leave me wanting more. At worst, it felt slightly too weighted against the player at times and used some older mechanics that aren’t really welcome in modern games. But these are the sorts of things that are often fixed in the final months of game development, so I’m still very excited for The Falconeer’s release in November. Just with the caveat that it needs a few tweaks before then.

The Falconeer is getting a free VR update today