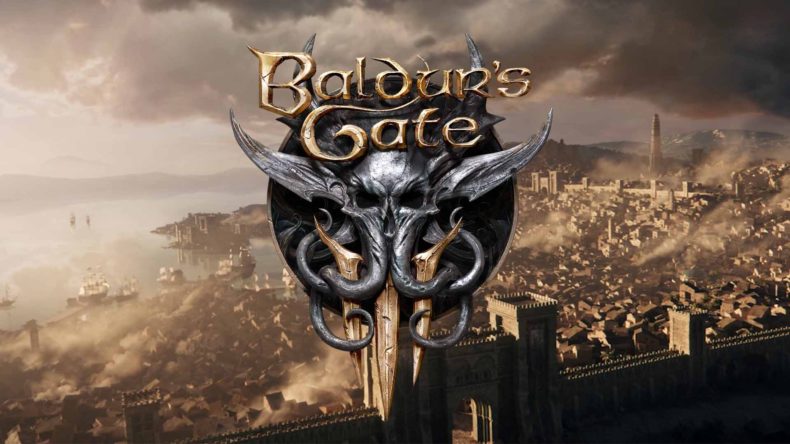 Baldur’s Gate is one of those watercooler games that every RPG fan over a certain age has a memory of. Harking back to a time when BioWare were a new studio, and the heady days of KOTOR and Mass Effect were still ahead of them and Anthem was but a vague curse yet to manifest, Baldur’s Gate is a game credited with making the isometric RPG sexy, or at least not utterly repellent to the object of its desire, which is more than many of us can hope to aspire to.

Having seen a recent re-release on Nintendo Switch, Baldur’s Gate 1 & 2 and the follow-up Icewind Dale, proved two things: firstly, that there is still demand for the universe and format; and secondly, that it really, really needed modernising. Ironically, the new threequel comes not from BioWare (who, let’s face it, need to do some serious damage control if they’re ever to get themselves on anyone’s guest-list again) but from Larian Studios, an outfit that has been indirectly remaking Baldur’s Gate for a couple of decades.

The reasons why this is the best thing that could have happened to this franchise are too numerous to count, but I’ll summarise simply by saying that Larian Studios knows its shit when it comes to CRPGs. The collective behind the ridiculously good Divinity series, it has proven itself more than worthy of shouldering BioWare’s legacy and carrying it into a new generation. 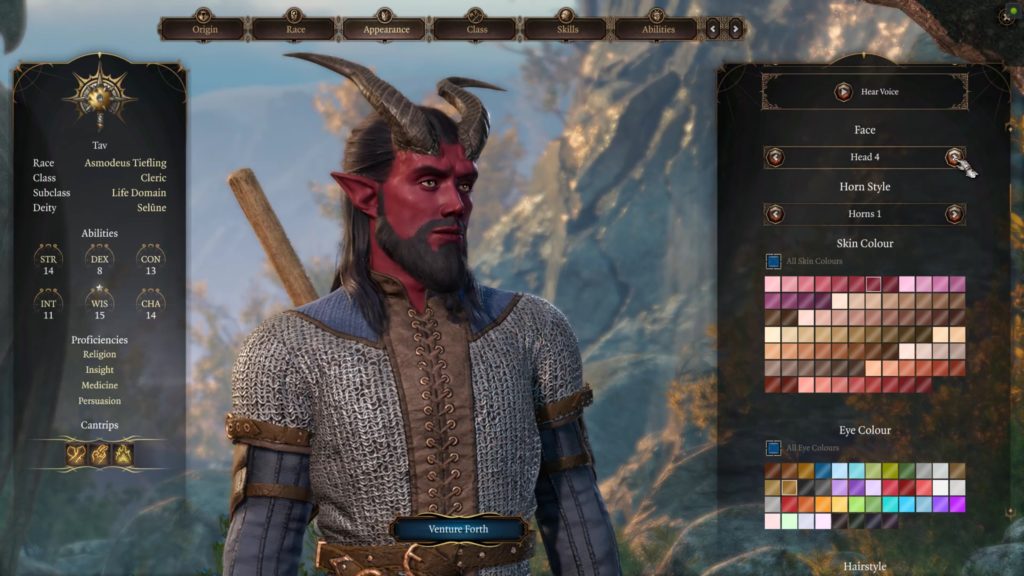 I’ve had the pleasure of playing through a pre-alpha build of the first act of Baldur’s Gate III, and I’m happy to report that, despite some teething issues and a host of complications that will slowly be ironed out during its early access journey, it’s shaping up to be an incredible experience.

Obviously, it’s far too early to review it properly or even really compare it the latest and greatest in the genre (Pillars of Eternity II: Deadfire and Wasteland 3 are both incredibly good, and comfortably stand beside Divinity: Original Sin II), but my initial impressions have left me somewhat giddy.

Based in the Forgotten Realms universe and setting its stock upon the 5th Edition Dungeons & Dragons Ruleset, Baldur’s Gate III’s early access incarnation has the hallmarks of a thrilling cinematic adventure. As with Divinity II, you can opt to pick from one of five pre-made protagonists or create your own, and have the other five become your party members as you progress. In early access the pre-made characters aren’t available to choose, though you can still meet and recruit them as you work through the campaign.

It begins with an extensive character creation suite, as you choose from a multitude of races, sub-races, classes and specialities, as well as picking an origin story for your custom character. As usual I spent roughly the same amount of time in the character creator as I did in the actual game – but it’s just so much fun. As with many other RPGs, all of these choices matter, from your background to your choice of race. While there’s no magical “correct” combination, NPCs will react differently to you throughout the game dependant on your character’s personality and history.

From here you’re thrown into the story headfirst, as your character awakens imprisoned on a Mindflayer’s sentient ship, with a mind-altering “tadpole” in your brain that will eventually turn you into a Mindflayer yourself. One thing leads to another and the ship crashes, at which point you and the assorted survivors band together to find a cure. It’s worth pointing out here that I missed a recruitable party member in my first playthrough because I didn’t explore thoroughly enough, and later one of the others was killed in a fight before I could even speak to them. Now it could be that both of these things will be different in the full release, but as Larian has promised more party members as we move through the early access period, perhaps not.

Either way, the character themselves are excellent (I’ve fallen in love with Shadowheart, the Half-Elf Dark Cleric), although as yet you can’t respec your party to suit your needs as you can in the similarly built Divinity II. Every character you meet and speak to is fully voiced and motion captured, and the difference this makes to the cutscenes is staggering. While most conversations are static (though there a lot of cinematic cutscenes, a lot of which are placeholder at the moment), the character’s expressions and deliveries are superb. Even with so much unfinished, nothing here feels half-arsed. Larian are pouring everything they have into this and it shows already. 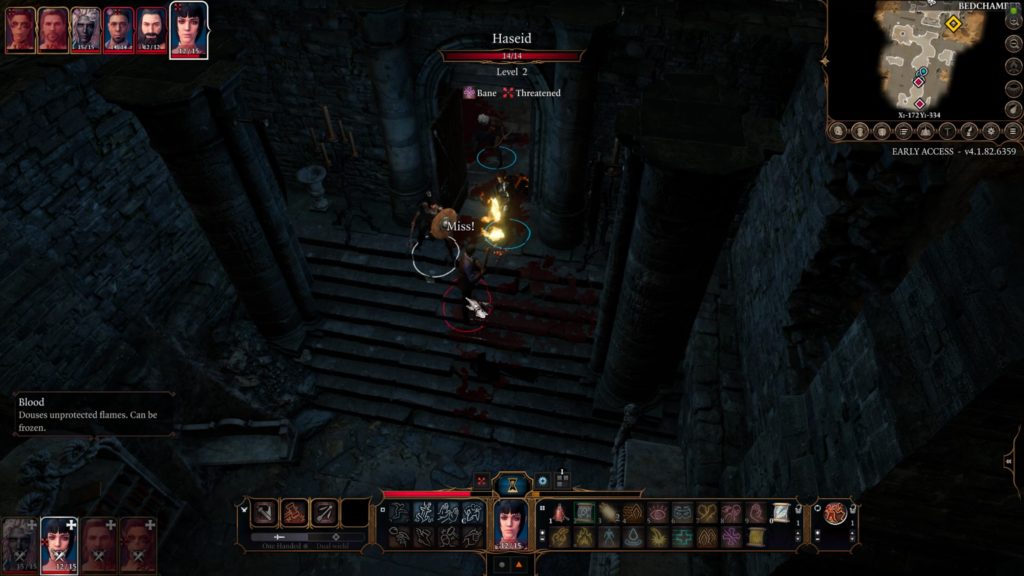 The early access version launches with the first act, which Larian assure us is around 25 hours of play, although it can be experienced in multiple ways with different races, classes, backgrounds and, importantly decisions. Baldur’s Gate III is a decision-heavy game, compounded by the fact that the consequences of your decisions aren’t guaranteed to go the way you want them to. Almost every decision you make has a stat check, whereby a single D20 will determine success or failure, modified by your character’s proficiency in certain skills or knowledge in certain areas.

It’s hard to predict just how deeply this will affect the game, but on multiple occasions I closed off entire quest paths due to a decision made or a fluffed roll, and usually there are no do-overs unless you’re not adverse to save-scumming. And here’s a truth-bomb for you: some of you won’t be able to resist the urge to save-scum when Baldur’s Gate III decides to stick the emotional knife in. When an innocent child is killed because you missed a Persuasion Check, it’s hard to ignore the offer of a mulligan. Because it’s not a game that holds back. It’s mature from the get-go, mixing in body horror, violent deaths, and a smattering of swears like a half-filtered Game of Thrones episode.

Your party members have their own moral alignments and self-justifications, too, and they’ll agree or disagree with your decisions, which can have powerful consequences down the line. They often conflict with one another, which can put you in an awkward position when you want to please everyone. As mentioned, Shadowheart is equal parts adorable and formidable, but all the party members have their time in the sun, and honestly I like all of them so far. 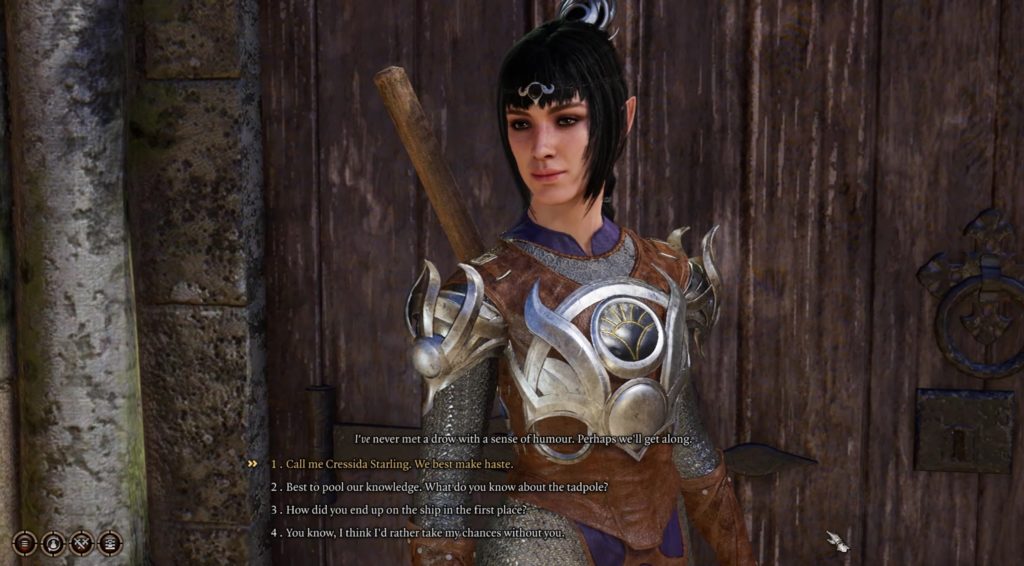 Combat is so far mostly par for the course, lifting an awful lot from Divinity II. It’s turn-based, and uses an action point system and percentage-to-hit like a tactics game. At the moment it feels a little stingy, as you only ever have enough points to move and perform one action, while things like reviving downed teammates uses up all your points in one go and can lead to a frustrating loop of reviving a character only to see them immediately struck down again. It’s a difficult game, and it seems like luck is almost always against you. There will be other difficulties introduced later, but in the build I played I could only use the Classic difficulty and it kicked my arse a lot.

The sheer variety of skills and spells and actions, coupled with what is shaping up to be massive build diversity is really promising. From racial skills and class abilities, to scrolls, consumables and talents, your party can synergise in some truly exciting ways, mixing stealth with explosive magic, raw strength with environmental hazards. As in Divinity II, flames can be applied to your weapons from the environment, while a seemingly unprecedented level of verticality affords tactical advantages to those able to take and hold the high ground.

Outside of combat you’ll explore a huge world filled with dangers, treasures, enemies and NPCs. While you can zoom right out for the classic isometric viewpoint, you can also get close up so it plays almost like a third person action game. A handy jump move will carry you across gaps, and hitting “C” will drop you into a stealthy crouch to avoid enemies or get the drop on them. Setting up camp in the wilds replenishes health and cures most ill statuses, and gives you a chance to chat to your companions a la Dragon Age. And yes, romance is on the cards in certain situations. 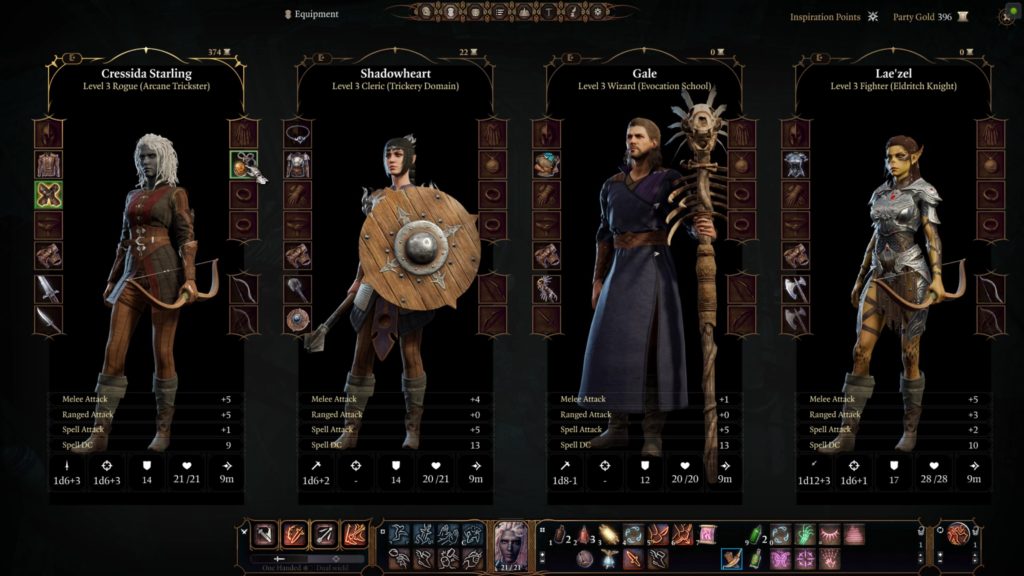 Playing Baldur’s Gate III in its “pre-early access” state has had me giddy as a schoolboy, I’m not going to lie, yet in its current condition I’d hesitate to fully recommend it. There’s likely to be a long period of development on the following acts, which will add new storylines, areas, enemies, and party members, as well as untold quality of life improvements, so unless you’re absolutely chomping at the bit to play it, I’d say wait a little while at least.

That said, if you can handle some jank in the tank and don’t mind regular patches – or better yet, you want to give active feedback to Larian to help improve the overall experience, there’s still a lot of content here – more than you’ll get in many full releases. Be aware though, there is some horrendous texture pop-in, sometimes NPCs don’t move their mouths when they speak (which is a shame, as the lip-synching and motion capture is of an unprecedented quality for this genre), and there are bugs and glitches all over the place. If you’re willing to head in knowing this, then you’ll still have a great time, but some may want to wait for the finished product, however long that may be.

It might sound hyperbolic, but Baldur’s Gate III has the potential to raise the bar once set by its progenitor. This is a work in progress, but even in its adolescent state it’s showing glimmers of true greatness. That there is a massive amount of work to do is obvious, and something Larian is very much aware of, but it’s in the best possible hands. It’s far too early to use the word “masterpiece” in earnest, but this is a game that should be on everyone’s radar through 2021.

Senior Content Editor Mick has been playing games for over 30 years and writing about them for around 12. After drifting from site to site for a while, settling briefly at the now-defunct Made2Game and freelancing for the gone-but-not-forgotten NintendoGamer Magazine, he came at last to rest at Godisageek. Mick has been a reviewer, staff writer and content editor here for some time, while also moonlighting a little for Red Bull Games. He has 4 kids, has written 2 novels, and sometimes even manages to pay a bill or two. You'll usually find him defending the galaxy in Destiny 2, battling evil in Diablo 3, or lurking in the background on Twitter. Find him there @Jedi_Beats_Tank, or on XBL (JediWaster247), PSN (Jedi_Waster) or Nintendo (JediWaster).
MORE LIKE THIS
Baldur's Gate 3Larian Studios