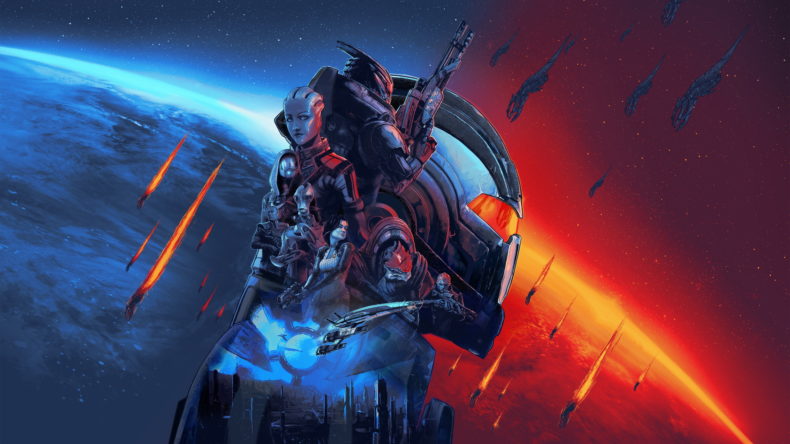 They say that absence makes the heart grow fonder, but in the case of Mass Effect Legendary Edition, with its gameplay changes, visual upgrades and more, it feels more like a friend that left town for a bit, did some stuff, then came back, and with a release date announced, it won’t be too long before we all get to experience the games again, perhaps in their best form yet.

There were plenty of media present at the hands-off preview of the remastered versions of the three mainline Mass Effect games, and I don’t recall a single person mentioning much about Andromeda, a much maligned game that, in fairness, got there eventually. Sadly, though, it failed to recapture the wonder of those first three games, and in truth, damaged the brand (not helped much in the following years with Anthem) to the point that, with Mass Effect Legendary Edition, BioWare has to get it right first time, and come out swinging with it, too.

So let’s start with what most people will want to know, and it’s that Mass Effect (the original game) has received tweaks to the gameplay. Now right up front I will say that despite this preview session being well over an hour, I don’t feel I actually got to see an awful lot of the game in action. There were plenty of slides and renders of all three games, and there was some genuinely interesting visuals shown that do show off how much work has been done on the original games, but as for some straight ahead “here’s someone playing the game”, well, I didn’t see a satisfactory amount of that to make even close to a critical analysis, but BioWare’s representatives (all of whom seem to love the games) were very clear: Mass Effect 1 has been modernised. 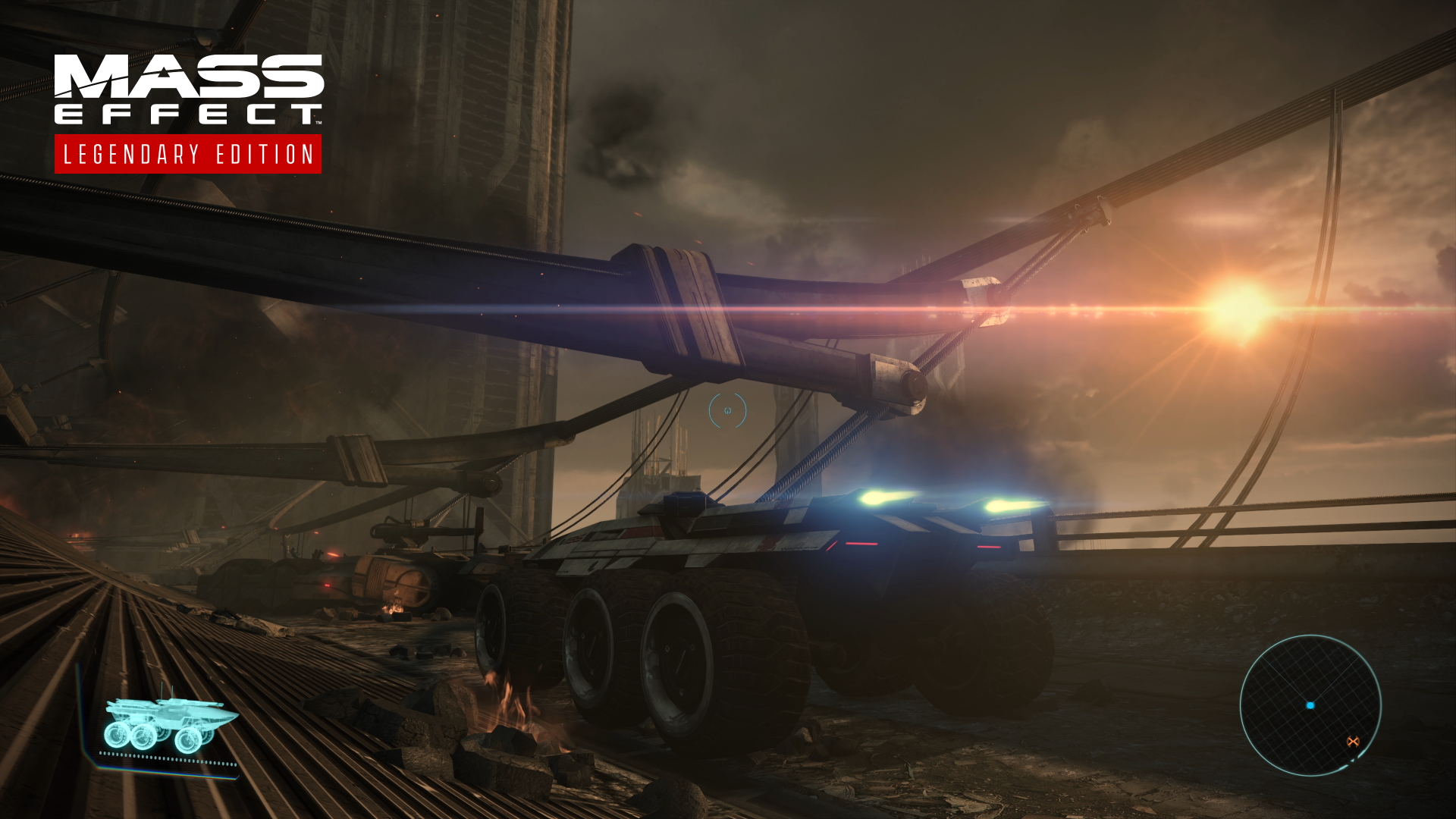 Lots of the visuals have been altered; for example Eden Prime has received simple but incredibly effective alterations. Levels have had “paintovers” which drastically change how they look. Kevin Meek, Environment and Character Director explained how they grabbed Derek Watts (the original trilogy art director) and even with the baseline pass, the rocks are better, there’s more scatter mesh, and the metal panels look crisp and clean. But that despite all of this, once you land you have to turn away and walk the opposite direction from the sun: you never see the vista again, leading to a lack of the sense of life. So what did the team do? They flipped the sun around, so it now casts dynamic volumetrics and just makes everything look better.

On top of that, technology has moved on, so they can include debris everywhere, and use lots of smoke effects to make it feel like a big battle has actually happened on Eden Prime. Having seen the differences between the original game and this modern paintover, it’s astonishing. BioWare also showed off Ilos, which has more foliage, god-rays, and more. Meek was clear that they are not ripping the playbook up, however; they want to remain true to the original games, just make them look even better, adding layers of depth to a world that clearly deserves it. Feros, for example, just has a ridiculous amount of detail in the background, making this enormous world seem more lived-in than ever before.

But visual upgrades may be what people are expecting, perhaps? The gameplay changes to Mass Effect 1 are also an attempt to modernize that original game which, let’s face it, plays quite a bit differently to the other two titles. Producer Crystal McCord explained how BioWare weren’t being insular when it came to the Mass Effect Legendary Edition gameplay changes, and they scoured forums and looked at what the fans were saying: they researched this. What were people asking for? The User Interface has been updated, along with what EA are saying is “a variety of quality of life improvements” such as better boss encounters, frequency of minigames, etc. Combat and exploration has been improved, from aiming your actual weapons, down to the squad controls and their behavior, and of course the Mako handling has been updated, along with improved cameras. 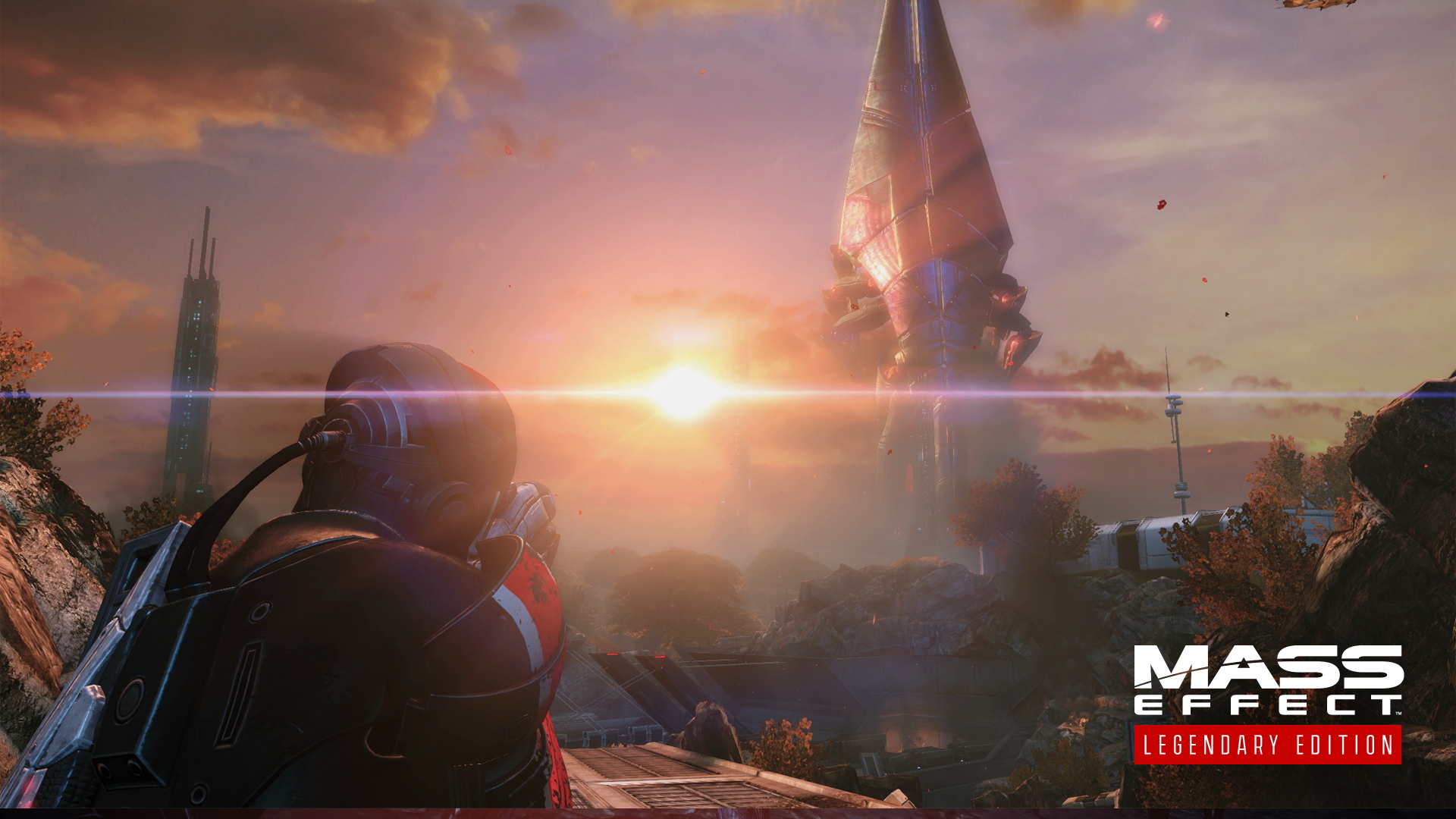 That original really was more of an RPG than a shooter, so it’ll be interesting to see how this all plays out when it comes time to actually play it again. But hey, at least it now has controller support for PC, which is a thing people have requesting for what seems like forever. One interesting facet is that, of course, the game will load faster now. Remember that elevator ride? Well, BioWare showed a video that revealed a 14 second load time for Mass Effect Legendary Edition, while the original took 52 seconds. Once it’s loaded in the background you can even skip the rest of the elevator ride, and just get right back into the action. The game will have a unified launcher for all three games, but to clarify that doesn’t mean it’s all now one huge game; once you’ve finished Mass Effect 1 you return to the launcher and start Mass Effect 2, and so on – it’s just a nice way of keeping all the titles together.

What does come across is how much the BioWare team want this to be for the fans. Mac Walters, Project Director, made it clear he was a fan of the games as much as anyone else. Walters was clear to explain how the game looks stunning in 4K with HDR, which as he rightly pointed out, doesn’t exactly come across in a compressed live stream over the internet. Of course the games will run at 60fps as well, in 4K with HDR, and include over 40 DLC packs which include weapon and armour packs. It won’t be native on PS5 and Xbox Series X|S, but it will have forward compatibility on those systems, and a nice touch is that the character creation tools are unified across all three games, so you won’t have to remake your character when you start each game. Sadly the multiplayer won’t be included, but it was considered. Ultimately things like cross-play being an expectation became an issue, as did the fact some people are still playing the original games online, but the amount of effort would have been too high, and the focus was on making those original three single player games the best they could be.

Mass Effect Legendary Edition launches on PC, PS4 and Xbox One on May 14th, 2021.