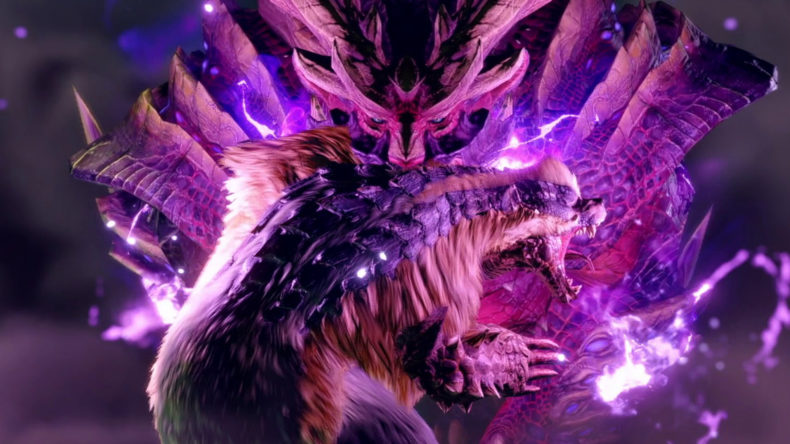 Well, folks, Magnamalo is tough. Having jumped into the second Monster Hunter Rise demo a few days early, I’ve spent a bit of time getting my arse kicked up and down the Shrine Ruins by the big purple brute and I can tell you, he’s no picnic. With the new hunt set to “Advanced” difficulty and with a timer of just 15 minutes, it was always going to be a challenge, but nothing prepared me for how hard he hits. I was getting two-shotted repeatedly, and with a large map, no fast-travel because we’re in the demo, and such a long trek back to him after a cart, time is truly of the essence here.

As many of you will know, old Mags is the flagship monster for Rise, and is integral to the game’s central Rampage event, which sees multiple monsters converge on Kamura Village, necessitating something between Monster Hunter World’s siege events and good old-fashioned tower defence, wherein you and your squad will have a certain amount of time to set up defences before taking on multi-stage battles of two, three or possibly more waves. 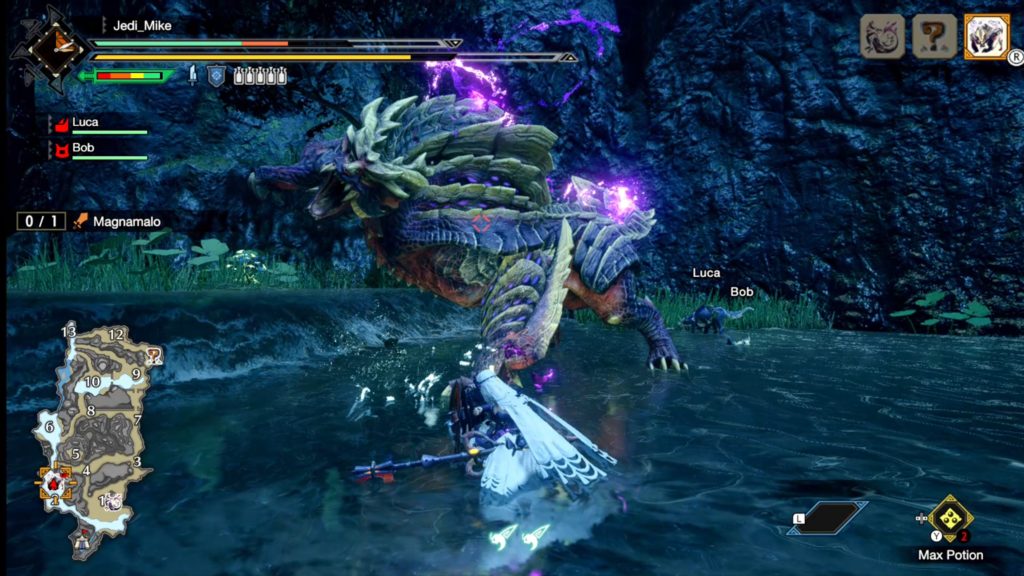 The second demo is the same as the first in that you have all the same load-outs and buddies, and can only play the hand you’ve been dealt in terms of skills and gear (and, crucially, it retains the 30-hunt limit). As such, it’s not wholly representative of the experience we’ll have in the game – and thank the gods for that. I attempted the fight with multiple loadouts, but unsurprisingly had most success with my main weapon, the Charge Blade. I find the dodge evade just a little slow in Rise, and for a big guy Magnamalo moves super fast – it was definitely beneficial to block a lot of the time as opposed to evading.

At range, he’s lethal, and will continuously spit balls of hellfire at you that don’t track, but are incredibly accurate if you stand still for too long. When enraged he thrums with the same neon pink energy that he’ll use to create massive splash damage. He doesn’t really move like anything I’ve faced so far, with his closest comparison being Zinogre. He favours tail-slams, full body rolls and lightning fast strikes that can easily take 70 to 80% of your health in one go. At this point your best chance is to get some distance and heal up because he will combo your ass into the mud. 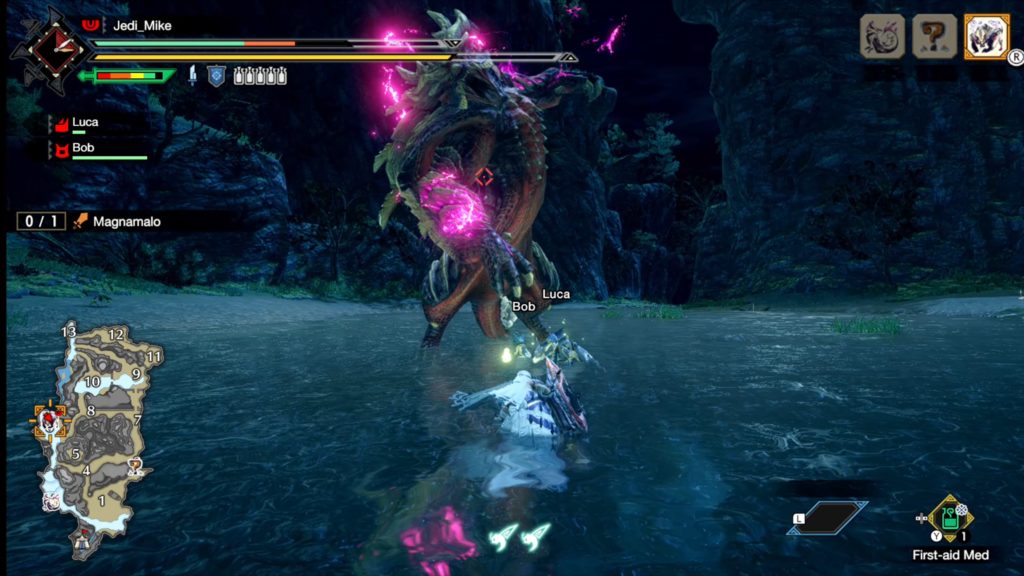 But he’s not an Elder Dragon or Rise’s equivalent, and you can use traps, etc, for some breathing space. While I’m still getting to grips with the new Wirebug Silk-bind moves, which we’ve recently learned can be switched out to customise your moveset, it comes in handy to mount him or take advantage of any other mountable monster if you get the lucky opportunity.

If the demos have shown us anything it’s that we still have no real idea how it’s going to feel to get to grips with the finished game. There’s so much we don’t know, or have had partial information on, or have even been shown but won’t appreciate the mechanics of until we play it. Magnamalo is the same. The new demo grants an opportunity to see this awesome new beast in action, but doesn’t tell us much about what it will truly feel like to face off against him when we’re accordingly geared. 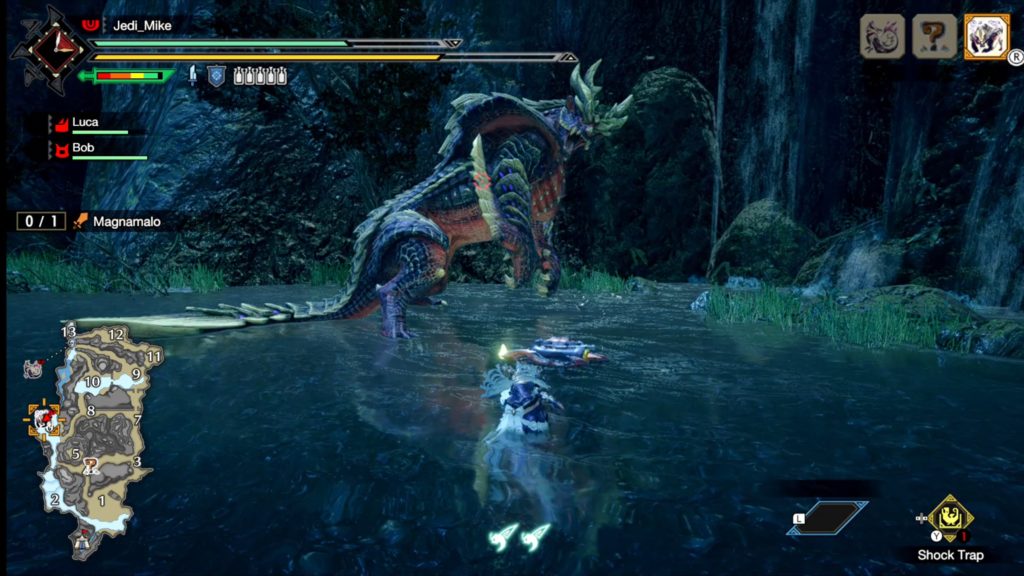 What I will say is that he’s an incredible fight. His colours, moves and battle music create a wonderful atmosphere but, similar to Stygian Zinogre and Namielle from Monster Hunter World, I really want to fight him all lit-up at night time. His colours feel just a little wasted against the soft green backgrounds of the Shrine Ruins.

Still, we don’t have long to wait now to get our hands on the full game. It will be released on March 26 on Nintendo Switch, and we’ll all be able to dive in alone or with our squads to save Kamura from the Rampage. After facing Magnamalo, I’m glad of a few more weeks of practice.

Senior Content Editor Mick has been playing games for over 30 years and writing about them for around 12. After drifting from site to site for a while, settling briefly at the now-defunct Made2Game and freelancing for the gone-but-not-forgotten NintendoGamer Magazine, he came at last to rest at Godisageek. Mick has been a reviewer, staff writer and content editor here for some time, while also moonlighting a little for Red Bull Games. He has 4 kids, has written 2 novels, and sometimes even manages to pay a bill or two. You'll usually find him defending the galaxy in Destiny 2, battling evil in Diablo 3, or lurking in the background on Twitter. Find him there @Jedi_Beats_Tank, or on XBL (JediWaster247), PSN (Jedi_Waster) or Nintendo (JediWaster).
MORE LIKE THIS
CapcomMonster HunterMonster Hunter Rise