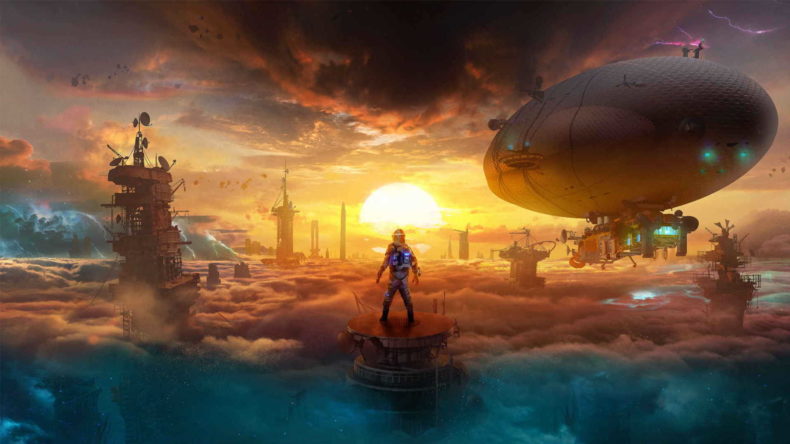 Developer Far From Home has revealed the first Forever Skies gameplay today, and even though it may only be a teaser, it looks pretty good so far.

Previously known under the codename “Project Oxygen” this game has been in the making for over two years. Members of the team have worked on the likes of Dead Island, Dying Light, Dying Light 2, The Medium, Divinity Original Sin, and even Chernobylite. In other words, there’s both triple, and double-A experience behind this one.

Forever Skies gameplay is in first-person, and it’s an action survival sci-fi game that takes place on a destroyed and deserted Earth in the wake of a massive ecological disaster. The game will be coming to Early Access in 2022 and later to consoles.

You play as a lone scientist in Forever Skies, returning to Earth long after a global ecological catastrophe has left the planet uninhabitable to humans. Above the toxic clouds are the remnants of humanity’s last stand. Build, expand and control a high-tech airship that will act as your transport, shelter, laboratory and workshop for researching mysterious substances and crafting tools for survival. Scavenge, find ways of obtaining food and resources, and explore the ruins above and below the thick, toxic dust layer which now shrouds the Earth’s surface. Why is the dust there? What is it exactly? And perhaps more importantly, what lies beneath it?

Gameplay in Forever Skies will include exploration in your airship and on foot, crafting, base building, planting, combat, and scientific research in virology in search of a cure to help those few, who survive in orbit.

Forever Skies is coming to PC early access in 2022, then later on to consoles.