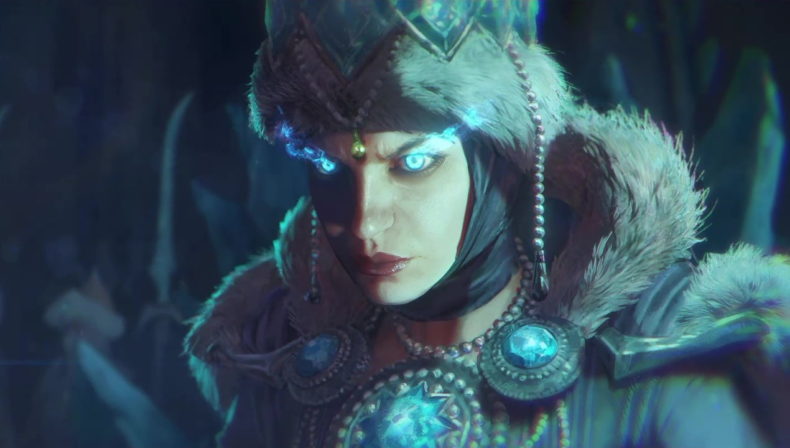 If you play the Prologue in Total War Warhammer 3, you’ll be familiar with the Kislev faction. In the main game though you’ll have a choice of two faction leaders to take control of. Kislev is a hardened north people, which use a combination of superior combat ability and ice magic to reign supreme. As well as amassing land and dominance, you’ll also want to keep an eye on your devotion and supporters to keep your strength topped up.

The Tzardom of Kislev, known as the Realm of the Ice Queen, is the most northerly civilisation within the Old World, a powerful and war-driven country. The inhabitants of Kislev are wolf-tough and self-reliant warriors, valiant and determined in the defence of their Motherland, for they are the bulwark against the horrors of the north.

Since its founding, Kislev has been under constant assault by the hordes of Chaos. Countless generations of Kislevites have fought and died in the snowy tundra of those harsh northern oblasts, and it is thanks to these brave Kislevite warriors that mankind has managed to flourish in the south, huddled together in their warm, safe homes, whilst the sons and daughters of Kislev fight on until they draw their dying breaths.

Amass Devotion to invoke the gods of Kislev. Use these to gather your supporters to secure your power.

Assign an Ataman to govern a province to get unique benefits 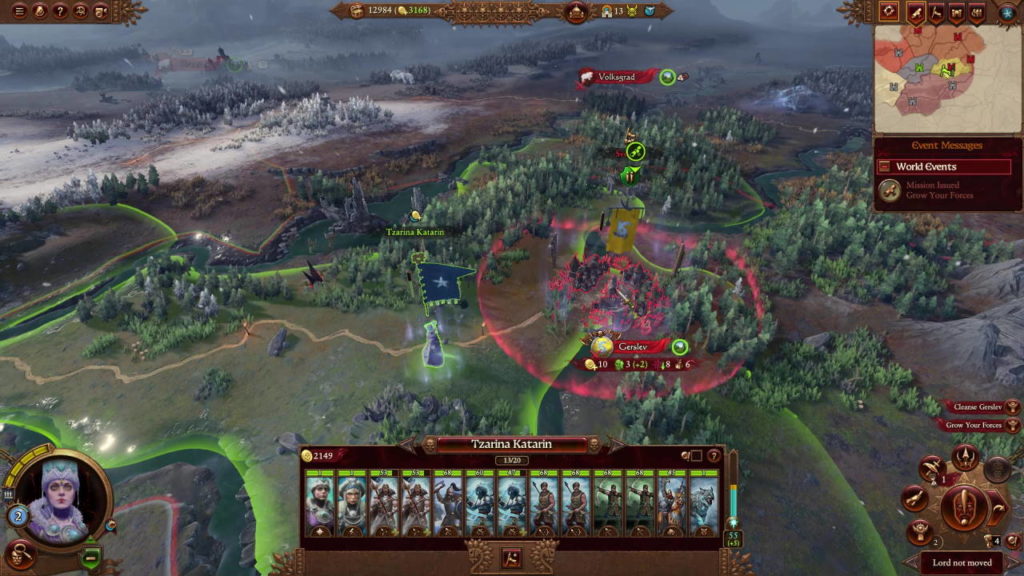 Tzarina Katarin Bokha, the Ice Queen of Kislev, known as one of the most powerful Ice Witches to have ever lived. From the icy fastness of her capital city of Kislev, the Ice Queen rules her land with an aloof majesty. Her power is said to come from the very Motherland itself, its frozen peaks and bleak tundra giving her mastery of Ice Magic. 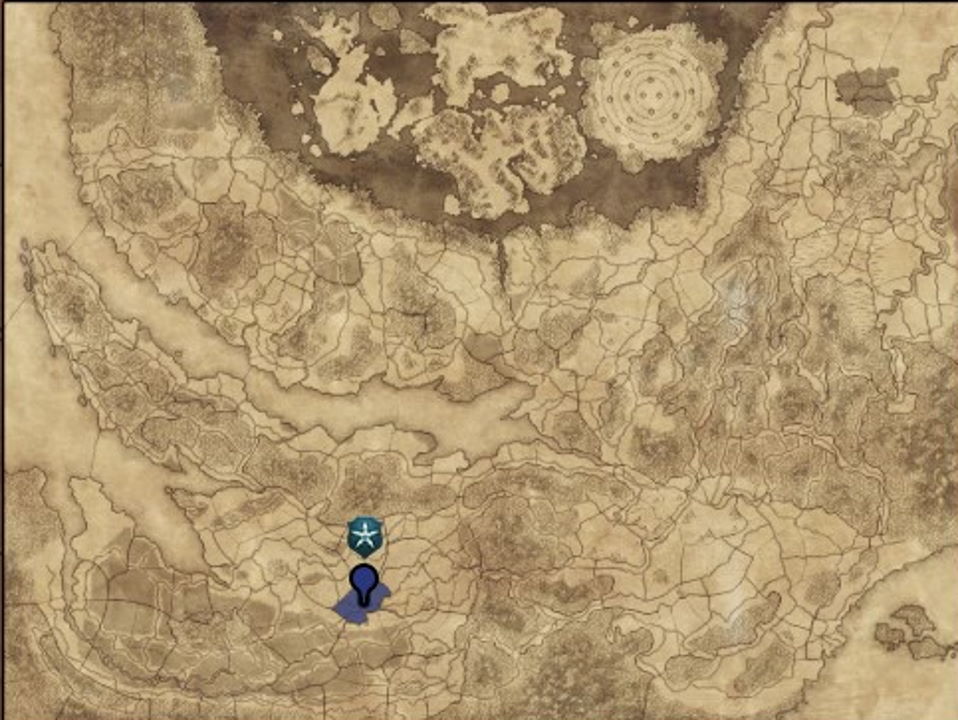 As supreme patriarch of the Ursunite faith, Kostaltyn is one of the most powerful spiritual leaders in Kislev. Wild and unkempt in appearance, he is a howling, angry firebrand on the battlefield, urging his devoted followers onwards to fight and die in the name of the Great Bear. 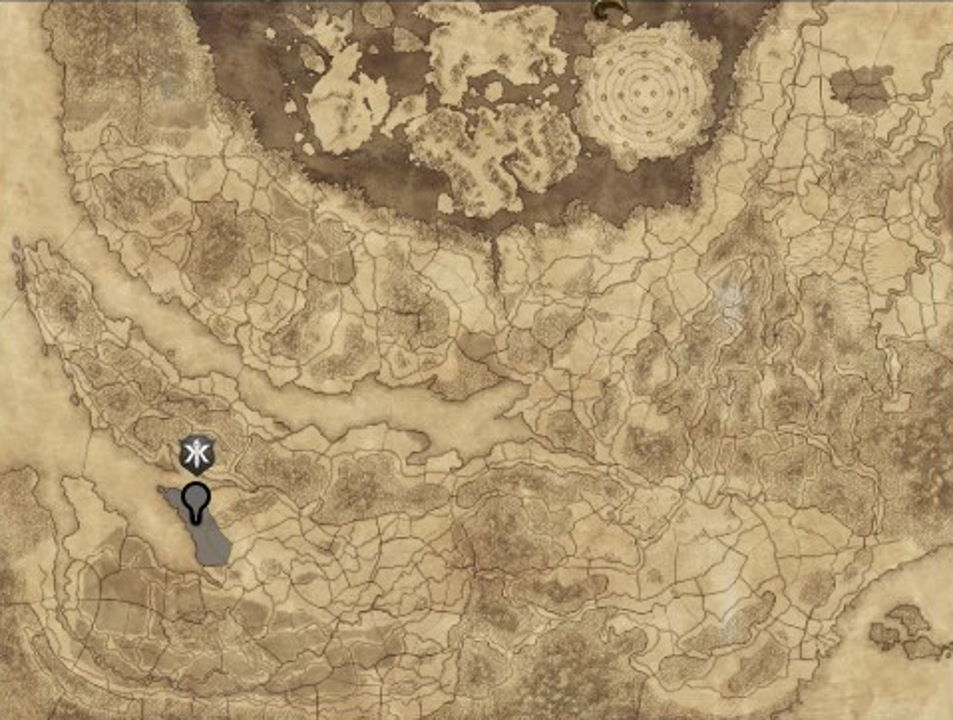 Use the Ice Court: As a speciality of Kislev, you should always have an eye on the Ice Court. You can use it to create Ice Witches and Frost Maidens which can supplement your armies. Another bonus is you can tailor their abilities to suit your needs. Either mix and match powers to create balanced support or create characters you know will help you in the next step of your conquest.

Devotion: Make sure you keep your Devotion topped up as it has many uses. Not least you can use Devotion to create blessings from the Gods that Kislev worships to give you boons just when you need them to tip the advantage. But also, you’ll want to make sure you’re not too hasty in spending all your Devotion at once. Low Devotion causes unrest amongst your people and will cause you unnecessary additional headaches. Always keep some Devotion in reserve to stop this from happening.

Supporters: During the Kislev campaign you will be in a battle with the rival Kislev faction for Supporters. It is highly advised to do everything you can in the early game to garner as many Supporters as possible. This is because the first of your two factions to reach certain Supporter milestones gain additional one-off boons that the other faction cannot attain. So make sure you’re first by increasing your Supporters numbers whenever you can.

NEXT FACTION: DAEMONS OF CHAOS