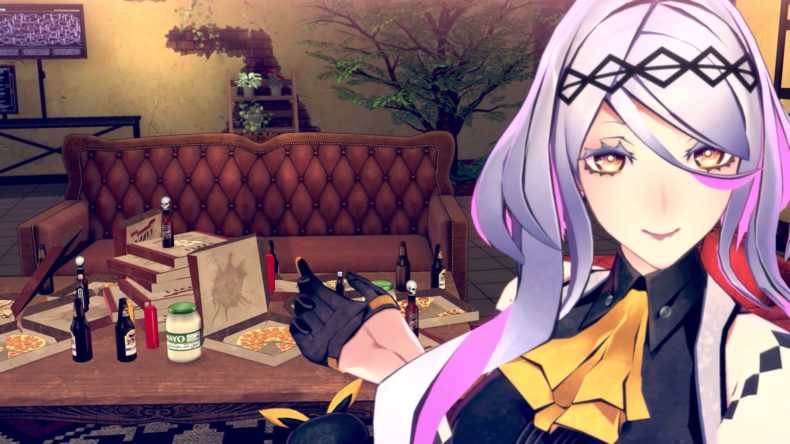 In a new trailer today ATLUS announced the English voice cast of Soul Hackers 2. There’s some serious pedigree in this cast, and it just makes me all the more excited for August.

If you haven’t been keeping up with Soul Hackers 2, it’s a new Shin Megami Tensei game with a futuristic setting. Everything that ATLUS has shown about the game has been extremely promising, and as a huge JRPG fan this looks to be up there with the Persona games.

“Amidst the glimmer of neon lights, technological advancement causes humans to be consumed by commercial convenience. In the shadows, a war between the Yatagarasu and the Phantom Society is brewing, Devil Summoners who harness the otherworldly powers of “Demons”.

Existing in the secret sea of humanity’s data, a digital hivemind has evolved into sentience: Aion. Observing humankind from afar, Aion calculates that a world-ending disaster is imminent and creates two agents to combat against it: Ringo and Figue.

Together, these agents of Aion must investigate and prevent a butterfly effect that will lead to the end of the world.”