previous
The Wreck is the new game from the dev behind Bury Me, My Love
random
next
Overwatch 2 cross-progression announced by Activision Blizzard
0 comments 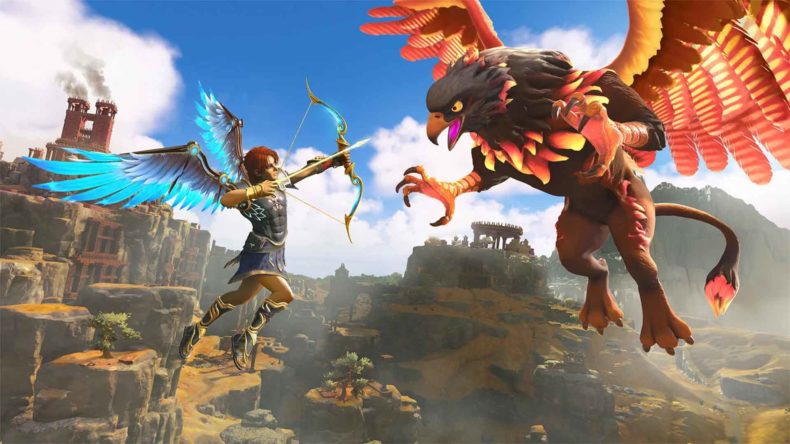 Microsoft has announced the lineup of the “coming soon” game pass titles for August, and it’s headlined by Immortals Fenyx Rising and Immortality, among others.

Immortals Fenyx Rising actually made it into our top ten games of 2020, which you can watch in this podcast, right here.

Immortality is the next game from Sam Barlow, the creator of Her Story and Telling Lies, so getting it as part of the Game Pass sub is a huge boon.

There are other new titles hitting the service, however, such as Tinykin, which Lyle previewed and absolutely adored. Elsewhere Midnight Fight Express looks cool, and Commandos 3: HD Remaster is another brand new (remaster, anyway) to the service.

All of these titles are hitting in August, along with some DLC and game updates in the form of Naraka: Bladepoint – Showdown, which is a whole new cooperative campaign mode coming to Naraka: Bladepoint on August 5, available to players as a free update on Xbox Series X|S and via Xbox Game Pass. Players will team up, fight against ferocious enemies, and upgrade heroes to face challenges of varying difficulties.

Sea of Thieves: A Hunter’s Cry is coming on August 18th, and is the sixth time-limited Adventure running from August 18 to September 1.

Lastly you can get an MVP pack for MultiVersus on August 23rd, the Babylon Bundle for CrossfireX, on the same date, and the Pass Tense Commando Rifle Bundle for Halo Infinite on August 17th.