previous
Switch Re:Port #10: Atelier Lydie & Suelle, Night in the Woods, Shantae and the Pirate’s Curse
random
next
Sea of Thieves Review
1 like

Atelier Lydie & Suelle ~The Alchemists and the Mysterious Paintings~ Review 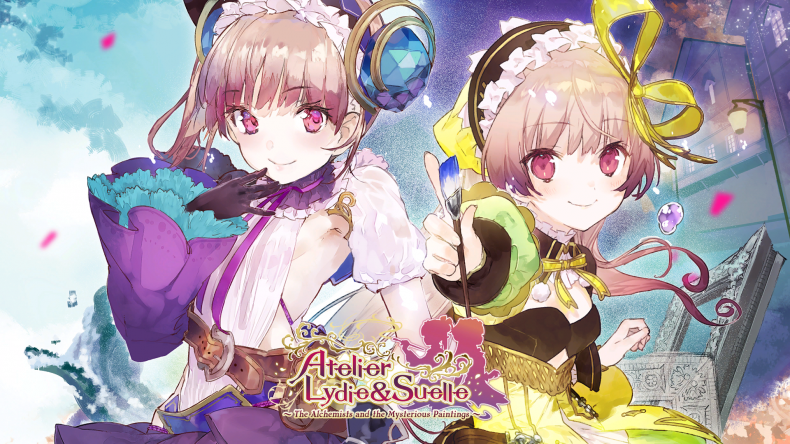 Out of all of Gust’s franchises, the Atelier franchise easily has the largest fanbase. Unlike most turn based RPGs, games in this franchise are always relaxing and, while there is combat, that’s never a focus. I’ve always enjoyed playing these games on the Vita and there are a ton of them but with this entry, Koei Tecmo dropped support for the Vita. While that’s pretty much expected given market trends, doing 2 games out of 3 in a trilogy on Vita and then not bringing the final entry is not cool. This is the final entry in the Mysterious trilogy for the Atelier franchise that began with Atelier Sophie.

When I played Firis last year, I was ready to drop the franchise. It was a disappointment in every aspect and Gust releasing these games on a yearly basis almost was definitely causing the quality to drop. Lydie & Suelle is also the 20th anniversary game so I went in with high expectations. While this isn’t close to the Atelier franchise in its prime, Gust is moving in the right direction again after last year’s abomination. If you’re also worried about playing this game directly, you absolutely can play it without having played any other entries. Sophie is a much better entry point into the franchise but this game does a good job of introducing characters from previous games when they make an appearance. This tale follows Lydie and Suelle who are twins living with their father in a small house running an Atelier. Lydie and Suelle basically work to making the Atelier the best in the land and this journey sees them experiencing some magical things in addition to running into various characters some of whom are very memorable. Exploring the basement results in both twins getting sucked into a painting and discovering a magical land. I was surprised at how nice the story and characters were in my time here because I may sound repetitive here but Firis felt like a point of no return. This is a lovely slice of life story and almost as good as some of the other Atelier games I’ve played when it comes to narrative. It has a lot of heart.

If you’re coming into this expecting a normal dungeon crawler with turn based combat as the focus, prepare to be disappointed. These games are always about alchemy, synthesis, exploring, meeting characters, slice of life elements, gathering, and more. Combat is literally just here as something that needs to be in the game. The core gameplay loop has you exploring the various dungeons or areas outside town and inside paintings to gather materials to use in synthesis to create various kinds of things. The synthesis is its own puzzle like mini game that rewards you if you manage executing things well. There is no doomsday clock like timer system even though many quests are timed here. Think of this as JRPG to relax with great music as a nice break in between the more serious and combat focussed games in the genre.

One area where you can definitely tell this was a rushed release in Japan is the visuals. I’ve played this on the PS4 Pro and the Nintendo Switch. Sophie was great visually and performance wise. Firis ran terribly on the base PS4 but was good on the Pro. Lydie is a step back in both areas. It doesn’t run amazing on the Pro. A game that looks like this should be hitting 60fps on base hardware and not be around 30fps on the Pro. Switching between Ni No Kuni II and this makes it seem even worse, regardless of budget. As with all Gust games (but not Firis) character models are amazing and they are easily the highlight when it comes to visuals. Gust manages to make characters in game look and feel like perfect representations of concept art. Environments in many areas are bland and it still feels like Gust is designing for a handheld when it comes to world design. PS2 environments with PS4 character models is a nice way to summarise how Lydie and Suelle looks in most circumstances. Thankfully one aspect of the audio design is still great. The score here is pretty damn amazing. There are loads of memorable tracks and the battle theme is superb. I’m glad I can still count on at least the music in Atelier games to keep impressing me. Koei Tecmo decided to pull an Arc System Works and not do an English dub for the final game in a sub series. I know they were already reducing the budget for localization given the errors and lack of full voice acting in English compared to Japanese but I’m not happy playing the finale of a trilogy with different voice acting compared to the previous two games. This is also the first Atelier game to not have dual audio for a very long time.

I hope Gust is given more time to actually polish visuals and performance for the next Atelier game. I don’t expect AAA production values but this is a poor showing from them in that aspect given how dated and bland the visuals look in the environment. Atelier Lydie & Suelle is a step in the right direction after the disaster that was Firis and a very good game overall. Gust still has it in them to create fun games but they definitely need to space out the releases more. Going from one game in a about a year on a single platform to multiple games in a year on multiple platforms at the same time is not working out for them. If you almost gave up on the franchise like many did with Firis, Lydie & Suelle is almost a return to form even with the lack of a dub.

Atelier Lydie & Suelle is a lovely relaxing turn based RPG that suffers from some aspects that make it feel rushed but still a welcome improvement from Firis that nearly killed the franchise for me.

You may also like
AtelierAtelier Lydie & Suelle: The Alchemists and the Mysterious PaintingsReviews