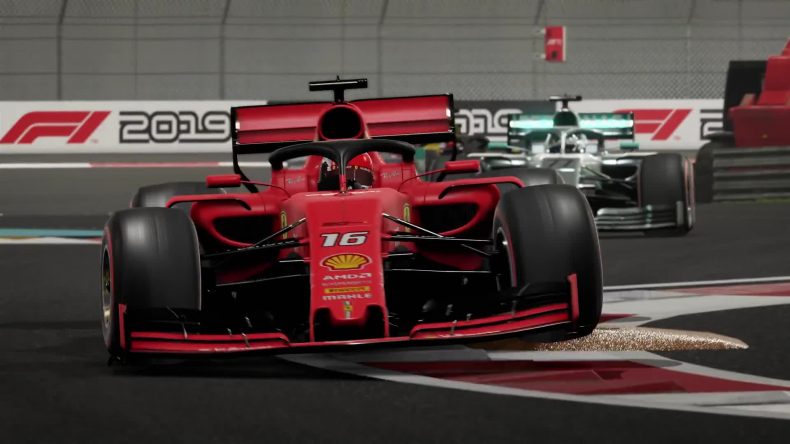 With the start of the motorsport season underway, I’ve been playing a lot of racing games. I’ve gone back to GT Sport and Project CARS 2, even dabbled a little in Assetto Corsa Competizione, which is unfortunately still a little rough, despite leaving Early Access recently. I love my racing games, especially the GT stuff, yet I still find myself drawn inexorably to Formula One. With F1 2018 on Xbox Game Pass, I jumped back into the cockpit of some of the world’s greatest racing machines and drove them around some of the most famous circuits in the world, loving every minute once more.

Thankfully, the wait for Codemasters’ F1 title has been shorter this year, with F1 2019 speeding away from the starting line a full two months earlier than usual. But can it live up to last year’s incredible entry? Well, that’s what you’re here to find out…well, unless you’ve already skipped to the end of the review for the score, you impatient scamp.

Assuming you’ve stuck with me, the first thing you’ll notice in F1 2019 is the step up in visual quality over the previous entries. I’m not going to say it’s like a generational leap or anything, but the lighting and the level of detail in the textures is certainly ahead of F1 2018. This is especially noticeable in the circuits that you’ll visit, with everything from the track surface to the background detail being overhauled for this year’s game. Having played a lot of the previous game recently, I was astounded by the difference. The biggest change however, and one that I’ve been wanting for years, is the addition of Formula Two. Although the 2019 grid won’t be added until after launch, the full 2018 roster is fully modelled from the teams to the drivers and is even featured in the improved career mode, which I will come back to in a moment. Considering games like MotoGP and DiRT have been letting players start their careers from the bottom, in order to work their way up to the top of their respective motorsports, it’s quite surprising that the F1 games have taken so long to include this option, especially given that new drivers usually come from F2 and F3 (formerly GP3).

You can jump into a full F2 season should you wish, with the 2018 calendar available, but I imagine you’ll want to begin with career mode. This is where the F2 inclusion feels a little bit of a token addition, but it does at least launch into the more narrative-driven career of F1 2019. After creating your driver, you’ll be taken through a brief series of scenarios featuring new characters Lukas Weber, your F2 team-mate, and Devon Butler, the hilariously pantomime villain of the piece. Although previous games have included mild cut-scenes with your agent and various engineers, this new rivalry features real moments of drama as Devon acts like a tool, like this is some budget version of Days of Thunder. It’s a nice addition that does bring something different to the table, but equally you can simply opt out of the F2 feeder and go right into F1, which will completely remove the fictional characters and allow players to experience the “pure” season with the official lineup of drivers and teams. But it really is the F2 that brings the newest challenge to the latest F1 game, as the cars handle quite differently to their more powerful counterparts. The rear wheels are easier to spin up, which makes them generally a little more unstable than you might expect. I love this extra challenge, much as I love the extra challenge of the different layout of the race weekends. There aren’t multiple practice sessions and there is only the one qualifying session, which determines the grid for the first race of the weekend. Yep, there are two races for each F2 event. The first is the Feature Race, with a mandatory pit stop that feels similar to F1, but the Sprint Race has no pit stop and is a straight race that requires careful management of your tyres while still trying to pass your rivals on the track.

Passing other cars may sound simple enough, but the new handling and the impressively racey AI both combine to create the most realistic representation of F1 (and F2) ever created. Having played the previous game on hard difficulty, I jumped straight into the new game at the same difficulty, and found myself instantly around the sweet spot for my level. I like to stick with 25% distance in my races, which can lead to 20-30 solid minutes of battling for, and defending, position on the track. It’s quite intense, but it feels like an accomplishment when you finally nail that overtake you’ve been lining up for several laps. Every time I found yourself in DRS range, allowing me a short increase in speed during set sections of the lap, I’d sit forward and my adrenaline would kick in, waiting to see if I was close enough to make the pass going into the corner at the end of the straight. It really is exhilarating. This is all down to the excellent handling, which can be completely customised to your own liking and abilities. If you find yourself unable to prevent your wheels from locking up when braking for corners, turn on ABS. Different levels of Traction Control allow you to define your own limits in terms of handling wheelspin off the line and out of corners, so if you’re spinning out, simply increase the level of Traction Control. The great thing here though, is that if you fancy playing online, be it against other players directly or via one of the weekly challenges, there’s no penalty for using assists. It allows for a more accessible online game.

Speaking of penalties and online racing, it’s a little frustrating to find that F1 2019’s penalty system is incredibly harsh, when it comes to track limits. When you’re only given one lap to qualify, probably to keep things flowing, you can find yourself disqualified for going even slightly outside of the track limits. This can ruin the experience entirely. Even in the race, you will only get one warning, before the next infringement (even if it’s a total accident) sees you getting a time penalty, effectively ending your race. Now I know how Sebastian Vettel felt at the Canadian Grand Prix, last week. Despite these issues, online racing is a mostly fun and smooth experience. Hopefully the player base will keep it that way, weeks and months down the line. Last year’s game was brilliant and I genuinely wasn’t sure Codemasters could top it, but F1 2019 offers the best handling and the most content of any game in the series. The inclusion of F2 only adds to the experience, offering a fresh challenge and a new way to enter the improved and expanded career mode. Not only is Codemasters’ latest the best representation of F1, I think it’s fair to say that F1 2019 can go wheel-to-wheel with the best racing games out there.

With the inclusion of F2 and an even more comprehensive career mode, F1 2019 is the biggest game in the series to date and quite possibly the best.