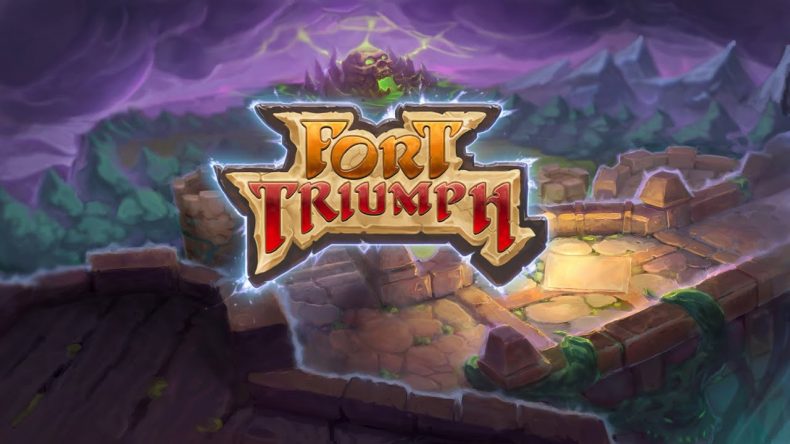 Fort Triumph is an isometric, turn-based tactics game that pitches its tent somewhere between Firaxis’ XCOM series and Heroes of Might & Magic. It apes many of XCOM’s mechanics, such as grid-based movement, Action Points, chance-to-hit and cover, but transplants it into a colourful fantasy universe complete with goblins, skeleton warriors, bandits and wizards.

Initially jumping into the Human Campaign (and there are four altogether) I was put off by the difficulty. For whatever reason my chance to hit on every move was so poor that I suspected the game was bugged, and after multiple restarts of the first missions I eventually scraped through by sheer luck. Thankfully, it doesn’t take long to start levelling up your heroes and unlocking new skills.

There are five classes to choose from including melee-and-buff-focused Paladin, ranged Archer and spell-slinging Mage, and the mix of close-quarters combat and ranged assault works wonderfully well. As you score kills and land abilities, you’ll accrue XP, and when you gain a level you can assign a new skill or upgrade an existing one there and then in the mission, instead of having to wait until the fight is over. Cover functions in much the same way as other games of the genre, with half and full cover positions available. However, in Fort Triumph, a powerful attack can topple a tree trunk or standing stone onto the enemy behind it, and you can target cover to destroy it, whether an enemy is adjacent or on top of it. It makes for a very dynamic battlefield, and you rarely feel that any position is safe for long.

Between missions you’ll explore an overworld filled with enemies, treasure and settlements or other points of interest. Out here you can control several parties at once, engage in encounters with enemies guarding chests and travel between quest objectives. Your base in this hub world is the titular Fort, which you can outfit with various buildings such as a Barracks and a Forge, as well as defences and upgrades to keep it safe. It’s here that you’ll also hire new heroes to join your parties, and spend Magic (as a currency, weirdly) and Beetcoins (actual coins made of beets, apparently, which may well be entirely in service of the joke but is still worth it), to upgrade your troop.

As you quest you’ll earn Renown in direct competition with a rival group (coloured blue on the over-map, because why not?), who will also be chasing fame and fortune at the same time. There’s tons to find in the world, from secrets and curios to fights, merchants and farms that let you grow a steady income of Beetcoins. Customisation of your heroes is fairly light in Fort Triumph, allowing you to alter the colours of their outfits rather than change the skins or gear, but it doesn’t matter much anyway. There is a story to follow, but because of this, the permadeath mechanic is a bit weird. See, you can lose characters permanently, but the classes share a bizarre gestalt personality, so if your starting Archer dies, you can recruit another who is identical in every way. All you really lose is the skill progress you made, so it would have made more narrative sense to simply have that same character resurrected minus their knowledge, or something. It’s not a major issue, but it threw me a bit.

Another thing that threw me was the aforementioned difficulty. I don’t think I’ve seen a game in this genre with a stricter chance-to-hit mechanic. Even when you’re facing an enemy in a pretty open field, your archer will often show a sub-40% chance, and on the flip side, I repeatedly missed shots that showed above 80%, including moments when my Paladin was standing beside an enemy. It made for an incredibly frustrating introduction to the game, but it did get better later.

A wide variety of skills, spells and abilities afford you plenty of options in a fight, depending on party composition, of course, and it’s a fast-paced game. Actions are executed quickly, the enemy spends little time “thinking”, and the animations are smooth and quick. In fact, the animations are great, as are the graphics in general. It’s a bright, colourful game that reminds me of Warcraft, with stocky characters, oversized armour and huge weapons. It’s also pretty big, too. The world map is massive, and absolutely crammed with things to keep you pushing forward. Or, or course, you could just play endlessly in skirmish mode, which is a great way to practice and get a proper grip on how to play, or just keep the action going outside the four separate campaigns.

Fort Triumph does an excellent job of blurring genres, and as an indie game from a relatively small studio it packs in an impressive amount of content. I’d have preferred a more world-specific alternative to straight permadeath, and I think the difficulty may be a little too high for some, but on the whole it’s a solid entry into the genre and one that dares to do things a little differently.

Fort Triumph is a solid, colourful entry into an increasingly crowded genre and one that dares to do things a little differently