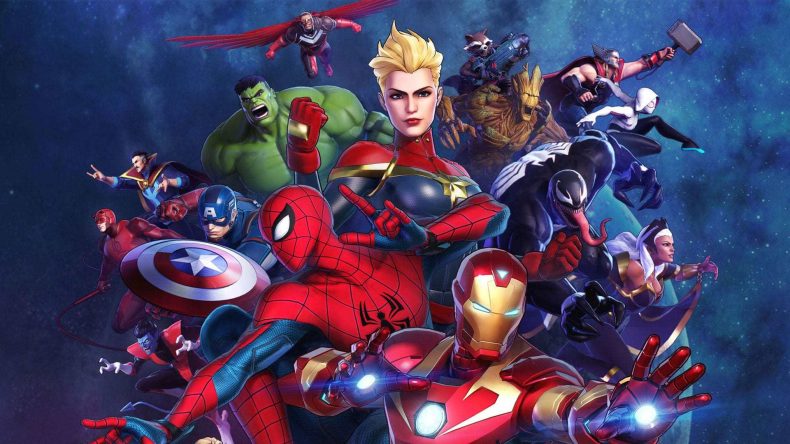 You’ve got to hand it to Marvel: very few entertainment properties in the last few decades have had quite the same impact as the MCU. A cinematic universe with one foot submerged just deep enough in the source material that it continues to smell like it long after its sauntered off with a big bag of money over one shoulder, it has changed the way we view movies, comics and the often troubled crossovers betwixt. Quite surprisingly, though, it has only made a few half-hearted forays into gaming, with Marvel preferring instead to create big standalone action games like Spider-Man. Even Crystal Dynamics’ upcoming Avengers game is looking to avoid any direct connections to the MCU.

The same can be said for Marvel Ultimate Alliance 3: The Black Order, which follows on from a franchise first devised before Robert Downey Jr. ever climbed into the Iron Man suit. The first game was released in 2006, and as such used earlier material for its source, mostly the comics and cartoons, and movies like X-Men. The newer iteration takes more apparent influences from the MCU, notably with voice performances, but it still remains thoroughly separate from the universe made famous by Hemsworth, Evans and Johannsen, et al.

As in the previous titles, The Black Order throws a pile of A-, B- and C-list heroes into a big pot, adds a story Frankensteined together from various different sources, stirs in some wisecracks (roughly one every 3 and a half seconds) and let’s you get on with pounding stuff shitless while struggling to work out exactly who’s blasting who with a super-powered death ray at any given moment. The plot begins with the Guardians of the Galaxy falling foul of Ronan the Accuser and Proxima Midnight, and discovering that Thanos is hunting down the six Infinity Stones. From there you’ll move through various locations that will feel familiar to fans of pretty much any facet of the Marvel property, from the Raft super-prison to Xavier’s School for the Gifted, fighting off a bevy of pedigreed villains from Ultron and Kingpin to the Hand ninja clan, Dr Octopus and Loki. It does a decent job of juggling locales and characters, managing to include many, many more famous faces even beyond the impressive 36-character roster. Environments aren’t greatly detailed, but most are iconic enough that you know where you are even without lashings of atmosphere.

That being said, the writers do capture the personalities of the line-up, even making the smart decision to sideline some of the larger MCU players like Iron Man and Captain America to make characters like Luke Cage and Crystal feel more important. The voice acting is pretty competent throughout, featuring performers like Yuri Lowenthal who plays Spider-Man here exactly as he did in Sony’s exclusive blockbuster, and Nolan North who returns as Deadpool. Other characters like Iron Man, Black Widow and Rocket are voiced by pretty accurate impressionists and will sound super familiar. Most characters get their moment to contribute something, but some are conspicuously absent from the playable line-up (Jessica Jones, Vision, Nick Fury) while some are conspicuously absent altogether (The Punisher, Jean Grey). Future DLC will likely fill in some of the gaps, though, and for now there are enough to get to grips with. More than enough, to be honest.

Each character levels up individually, and because you’ll always be using four at a time and certain combinations have better synergy, you will find some characters are simply left behind. Heroes work better with characters from their own subgroups, so the Guardians have great synergy, as do the Spider-verse bunch (Pete, Miles, Gwen and Venom) and the Avengers. Really, any group of four has the potential to be a devastating force, but playing to the characters’ team strengths is the best strategy. Arguably, the progression system is a little convoluted. While characters level up by performing well in fights, etc, this will only increase individual stats and activate their four individual super attacks, such as Cap’s shield charge or Hulk’s ground slam. Each character also has an ultimate attack unleashed when the yellow meter around their portrait is flashing. This particular attack will synergise with the other three, as well, producing an Ultimate Alliance attack that does devastating damage to enemies and is especially useful in boss fights, of which there are many. Each of a hero’s abilities can also be upgraded with Ability Points earned when they level up.

Besides the levelling system there is also a huge universal stat tree called the Lab to fill out using cash and currency earned in missions that will increase damage, durability, resilience and energy for all your heroes, as well as impart various buffs. Add to this the ISO-8 compound which applies buffs and debuffs to specific talents and stats, which you can deconstruct, combine and rebuild into more potent versions, and you’ve got quite a robust progression system that will take some time to fully understand.

A major disappointment for someone like me is that while there are alternate costumes to earn, they’re locked behind the super difficult Infinity Trials, which require you to beat bosses or other challenges (defeat 200 enemies, etc) to earn stars. While the Trials themselves are fun and a great test of your skills, the costumes barely seem worth it as they appear to be re-coloured skins instead of actual alternate outfits. I’m going to call it out as a bit lazy when previous games in the series have gone as far as offering three alternate consumes per character. It’s really not worth the grind this time around if that’s your aim. Probably the biggest surprise is that, despite being advertised heavily as a coop game and offering both local and online multiplayer, The Black Order feels better played alone. At certain points the camera zooms out so far that even on a big TV it’s hard to see what’s happening, and I much prefer having the option to switch between characters to utilise all the powers and combat styles when I want to. Playing in coop is actually restrictive in many ways, though it can be fun to coordinate synergy moves. In either multiplayer or solo, handheld or docked, I’m happy to report that The Black Order runs like warm butter – even when you’re spamming attacks and synergising Ultimates, there are no frame drops or slowdowns. One thing I will say though, is that the camera is a bigger villain than Thanos. Sometimes, regardless of which setting you choose, it simply has a mind of its own and rarely wants to listen to you. It’s not game-breaking, but it is irritating.

At times Ultimate Alliance 3 becomes a little repetitive, but the vast array of characters and bosses keeps things interesting throughout. The difficulty is a tad uneven, especially in the Infinity Trials, which really feel like they need a tweak, but it’s an enjoyable adventure that franchise fans will fall in love with. I’d have liked to have seen more real costumes, and it’s a genuine shame that the coop actually feels less fun than playing solo, but Team Ninja have crafted a likeable scrapper that sets out to entertain, and succeeds in doing just that.

Great playable roster
Solid voice work
Lots to get through

At times Ultimate Alliance 3 becomes a little repetitive, but Team Ninja have crafted a likeable scrapper that sets out to entertain, and succeeds in doing just that.