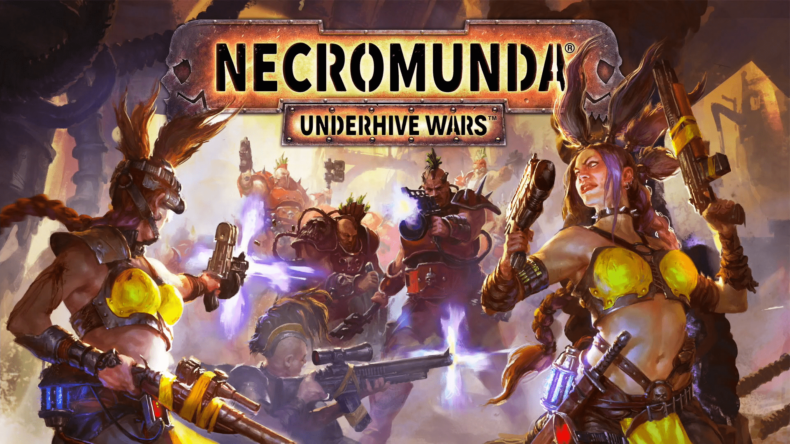 Necromunda: Underhive Wars is one of those titles that pique your interest right from the get-go. Being set in a sprawling established Warhammer 40k universe, crammed full of lore, unique locales and creatures gives it a presence, a sense of grandeur. The promise of creating your own gang from scratch and building them up as something to be feared throughout the Underhive is intriguing, too. As is the format of free-moving, turn-based combat with a range of attacks and abilities across 3D maps with real verticality to them. The reality, however, never quite lives up to that hype. Instead, you’ll often find yourself wishing for a little bit more of that potential being realised.

From the outset, Necromunda: Underhive Wars strongly recommends you undertake its Story mode before doing anything else. So naturally, that’s what I did. This recommendation makes sense too, given it does a fairly decent job of introducing a lot of the battle mechanics. You control a squad looking to rout enemy gangs and complete other tactical objectives as you go. Action is turn-based, but unlike games like XCOM 2, movement isn’t grid-based, and the camera is from a third-person perspective rather than top-down. Each gang member has a set class, which dictates how far they can move, weapons they can use, and even what skills and abilities they can use, using their Ability Points (AP).

As the story mode progresses, and you complete missions you are shown more and more mechanics to appreciate and consider as part of your turns. Your strength and ability to navigate more complex situations improves as a result, which does serve as a great bedding in process. You’ll learn about the different buffs and skills you can perform and all about setting traps and barricades to give you better strategic positions. The story will also teach you to appreciate height in maps too, as being above your enemy gives you better attacking options, as well as naturally a broader view of the map. 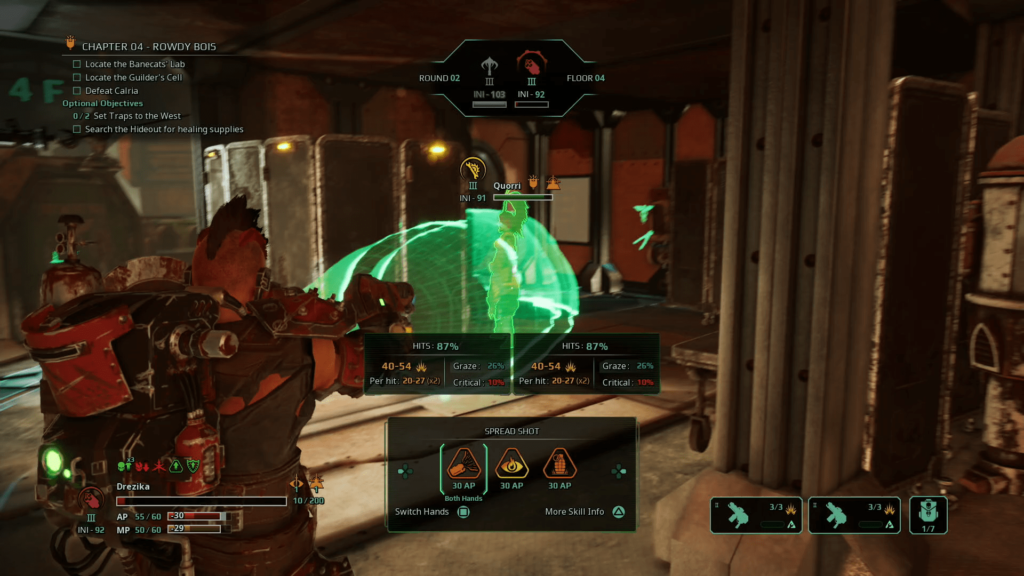 Unfortunately, you’ll also encounter some serious repeating frustrations in these missions which ring alarm bells. Firstly, these missions just feel so slow, for a variety of reasons. The AP of most characters is painfully low compared to the cost of most actions. And it’s clear this is to drive strategic choices and make you consider how to get the most from your points each turn. That would be fine if the situation weren’t further compounded by the AI and how long it takes them to complete their turn. Sure I understand there needs to be thinking time – I know I certainly need it – but often you’re just staring at the back of a rival gang member for the best part of fifteen seconds before they decide to move anywhere, and it makes the pace feel almost glacial.

But I could look past this if the standard of AI was particularly noteworthy, and the wait was worth it. Sadly it isn’t half the time, with those long thoughtful pauses being followed up with some daft decision-making. I’ve seen an AI-controlled character walk to a lift, call it down, get in, ride it up to a higher level, only to then abseil off the edge back to where they started. Then, having used up all their AP, resign themselves to finishing their turn. Even worse I’ve actually seen a crouching character in hiding, stand up and throw a grenade at the wall he was next to. It exploded in his face causing him serious damage. For context, I had no gang members near him at the time to make that even a rational consideration. Aside from the humour, this sporadic silliness frankly does diminish some of the challenges you face, making the missions feel sometimes passive slogs, considering how long they take.

A frustrated move from Story Mode will take you to the Gang part of the game, and this is suddenly where Necromunda: Underhive Wars gets more interesting. Long-gone are the fixed three gangs you’ll control throughout the story, and now you can craft your own gang to become a force to be reckoned with. You can decide their different classes, and how many you want of each in your gang. And despite learning a lot about how the battling works from the Story, you realise there’s plenty of new things to understand in the complex world of Underhive gangs. 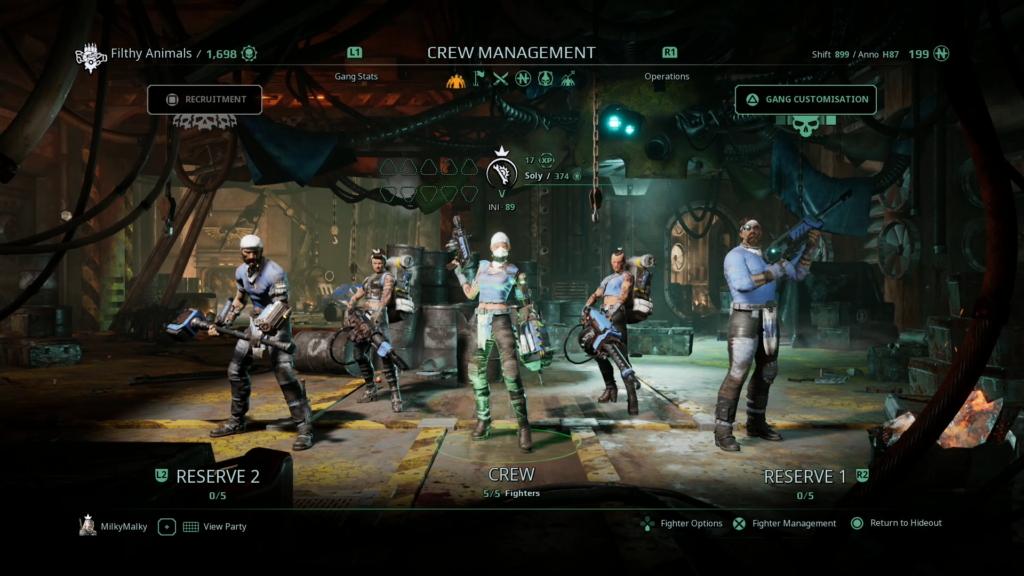 You’ll take your gang on missions, either against AI or in skirmishes which could include other players online. There will be various victory conditions, depending on the missions, and you’ll gain XP for each gang member uniquely depending on how they contribute to your success. You can then spend XP on leveling up stats, but not the ones you might think. There’s no strength or health stats directly here, just stats that might improve your evasion chance, or likelihood of critical hits. So in theory stronger gangs could still be taken out by weaker ones, but levelling up does give you the mathematical edge.

Pretty much everything is customisable, from the weapons you use, to the colours of your outfits. You can recruit new members and swap them in for existing ones, keeping some in reserve for later. As your gang progresses they may develop injuries or more long-standing traits that give them permanent buffs or debuffs which you will need to consider as you go. It works really quite well, because you’ll likely find a group that works for you, and it’s hard to not be drawn to characters that you help nurture over time.

The customisation draws into sharp focus just how varied battles can be, and your scope for tactical variety. Will you just go in all guns blazing, trying to overwhelm the enemy? Or will you instead look to set traps and lay in wait? You could even disrupt various traversal options, and pin down your opponents and catch them on the back foot. And let’s not forget that your character loadout might need to change depending on which plan you want to go for. The fact that these are all viable considerations for a match does make Necromunda: Underhive Wars a truly tactical game. And when it is embraced like this it truly shines. 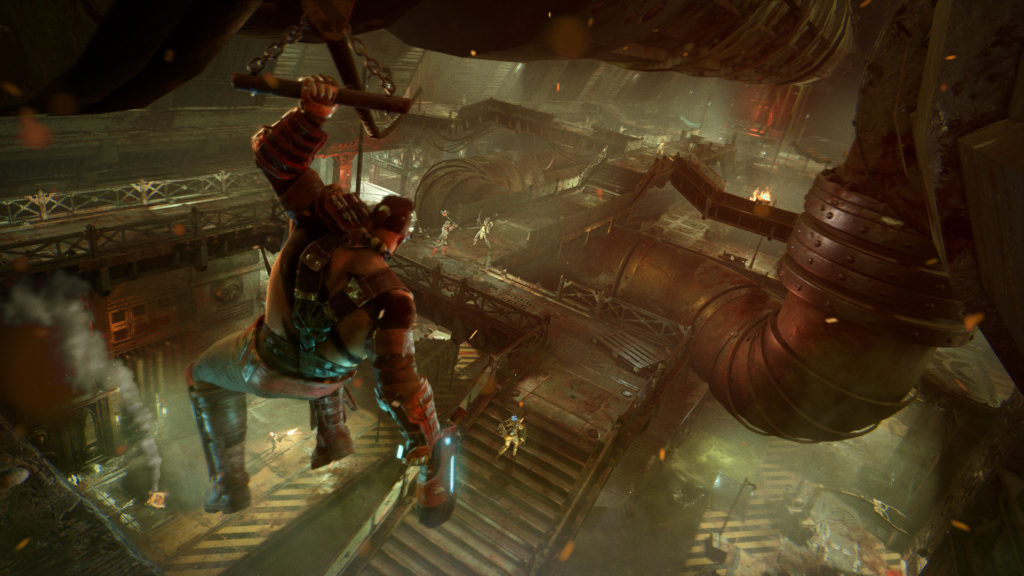 Sadly though, even in Gang mode, the missions still feel like they drag unnecessarily for the same reasons as in Story mode. Although to be fair, I found myself getting less frustrated using my own gang, mainly because the reward for victory felt more purposeful than simple story progression. The maps you battle in are quite varied considering the mechanical backdrop of Necromunda. They’re all quite grand in scale too, giving you plenty of space to move around often with plenty of traversal options. Certain particularly high areas feel pointless though and only ever get used if an AI randomly wanders up there and you need to give chase.

Necromunda: Underhive Wars sounds absolutely cracking in principle but it never quite lives up to its potential. Slow-pacing and some dodgy AI make for an experience that drags on, harming your enthusiasm and immersion. The gang customisation and growth mode is definitely the highlight where you can lose plenty of hours building up your squad. Many though will have bounced off this, long before that stage.

Necromunda: Underhive Wars has potential, but never quite lives up to it thanks to slow-paced battles and dodgy AI.