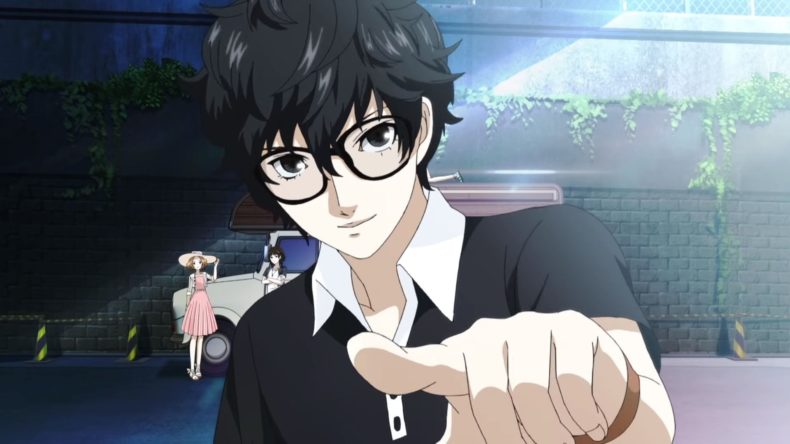 Switch reviews cover the Nintendo Switch version of a game. Persona 5 Strikers will release on PS4 and PC on February 20, 2021, and scored 8/10.

For many Persona fans including myself, dreams of getting Persona 5 on Switch is sat firmly atop our wish lists. Although our dreams have not yet been fulfilled, Atlus has given us Persona 5 Strikers. It may not be the same fully-fledged RPG we all know and love, but it’s about as close as we’re going to get for now. One thing you should know is that it is incredibly similar in many ways. The music and style of P5 is ever present in Strikers, and the voice cast is back to support a decent story that holds up as much as any that have come before.

Persona 5 Strikers takes place six months after the events of Persona 5. The gang are back together to embark on a road trip across Japan, but due to a mysterious app known as EMMA controlling people’s minds and stealing the desires of almost everyone that logs in, the Phantom Thieves return to the Metaverse to fix things for good. Palaces no longer exist, however, in their place are Jails. They share many similarities with the Palaces, such as countless Shadows to fight and secret areas to uncover, but they’ve been optimised to accommodate the brand new combat system.

Gone are the turn-based battles of old. Now, players must utilise the hack-and-slash approach seen in many of Omega Force games like Dynasty Warriors and One Piece: Pirate Warriors. The wealth of combat options is insane, and not only does it give you plenty of ways to take down your enemies, Persona 5 Strikers manages to incorporate mechanics from P5 in a seamless way. All-Out Attacks and Showtime Attacks return, and using Personas can still be done, except it all happens in a chaotic yet controlled way. 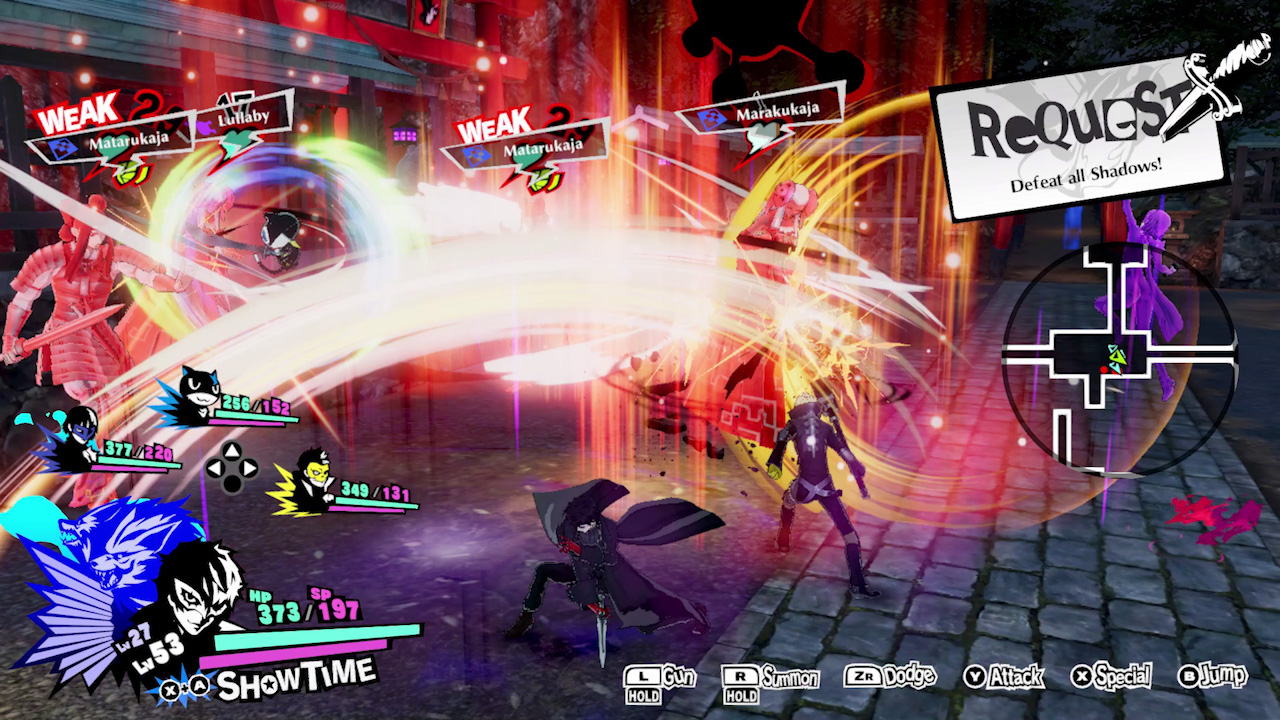 The only time you have to take stock of what is going on is selecting a Persona with the R button, or after the fight. As the battles ensue, you must think quick and use all your attacks to defeat loads of Shadows on screen at any one time. It’s refreshing, and dare I say the best approach to fighting in a Persona game to date. It won’t be for everyone, but I love how Omega Force has managed to keep the Musou style of previous games and add more battle mechanics that work in sync with each other. Not only that, but Persona’s style oozes through these moments, keeping the combat consistently exciting throughout.

Persona 5 Strikers runs pretty well on Switch too. Both in docked or handheld, there were no technical issues. Framerate stands at around 30, and whilst the visuals aren’t as crisp as on other, it still looks good. This is more to do with the lack of big improvements from P5 to Strikers, but fans aren’t going to grumble too much because of how fun the series has always been. Load times feel longer on Switch, and there’s so much dialogue that it can be frustrating having to read and listen to more than is necessary.

Whilst it offers the same experience as the PC and PS4 version, I’d choose the latter as it looks and runs better. It’s still an impressive game on Switch, and I’m still not sure why we haven’t seen Persona 5 or Royal appear on Nintendo’s console yet. Hopefully enough players will dive into Strikers to make a release worth it. As it stands, Persona 5 Strikers is still fantastic on Switch, with a great story, superb combat, and more Phantom Thieves, which is always going to be a positive for me.

Visuals aren't quite as crisp
A lot of dialogue

Although it runs and looks worse than on PC and PS4, Persona 5 Strikers is still fantastic on Switch, with a great story, superb combat, and more Phantom Thieves, which is always going to be a positive for me.