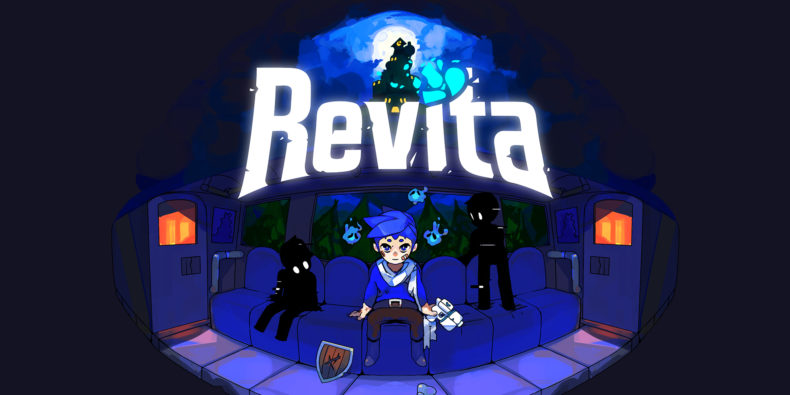 Although it’s rather pivotal to staying alive, it isn’t often you truly need to manage your health in a video game. Obviously you’ll usually want to find a way to heal regularly, but at long as you aren’t a hit or two away from death you probably don’t need to think too hard about it. Twin stick roguelike platformer Revita is not most games though, because absolutely every hit point counts.

In a dark and sinister world, our nameless protagonist wakes up in a metro station with that video game amnesia we all know and love. With only the vague thought that he needs to get to the top of a clock tower in the distance, an adventure to climb a creepy tower begins.

The issue with this plan is a whole host of monsters inhabit this tower, which is where the twin stick shooting comes in. Our hero can run, jump and dash around each baddie filled room he finds himself in, all while firing his trusty gun back at them. Enemies unleash a whole lot of projectiles before giving up the ghost, so using the damage immunity from dashing to pass through walls of bullets is the name of the game here. 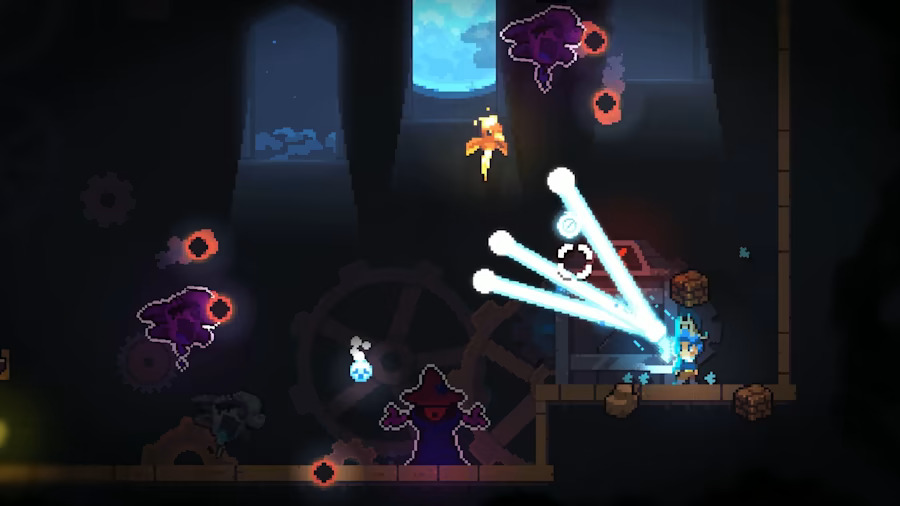 Once you clear out a room of enemies you can go to the next floor of the tower, and the cycle continues. Sometimes though you’ll have the opportunity to get stronger between waves of enemies, thanks to chests and rooms containing artefacts.

These power ups do all sorts of helpful things – for example there’s an artefact that increases your gun’s range but makes your bullets move in a squiggly line, some that give your bullets the chance to inflict status effects, and one I always appreciated that gives you extra power in exchange for accuracy. There are dozens and dozens of artefacts you could find on your adventure, but getting them will usually come at a price.

Whether it’s purchasable from a shop or hiding in a chest, the only way you’ll get an artefact is by sacrificing some of your health. Chests cost health to unlock and shops accept health as currency, so don’t be stingy with those precious hearts. If you want to make it far up the tower you’ll need to embrace your inner glass cannon, and take some serious risks to reap the rewards. 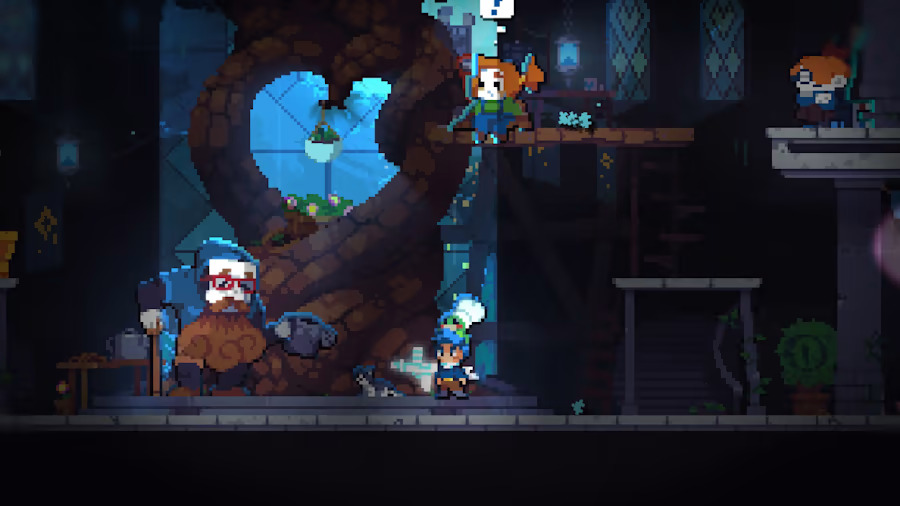 To make matters worse, if you want to power up your favourite artefact you’ll need to sacrifice your maximum HP. In between sections of the tower you’ll be able to see the blacksmith for these upgrades, but deciding to drop a heart or two for extra power is daunting to say the least. Knowing when to go all in on power and when to hold back is the key to survival in Revita.

In between runs you’ll be sent back to a hub area, and based on your actions in the previous run you’ll unlock new people to interact with and get currency to spend at their shops. One shop unlocks new artefacts that will appear in future runs, another unlocks entire new rooms such as challenge arenas or fountains that fully heal you. If you like your roguelike to come with a sense of progression then you’ll really appreciate how much you’ll change the game as you go, but it’s hard to deny the first few runs aren’t a little sparse because of it.

All the roguelike staples you know and love are here to enjoy in Revita. There’s an ultra hard true ending, screen filling bosses that’ll ruin many a run, and shortcuts to unlock so you don’t have to play the easier early stages. These might not be the most innovative elements the genre has ever seen, but they undeniably make the game better. 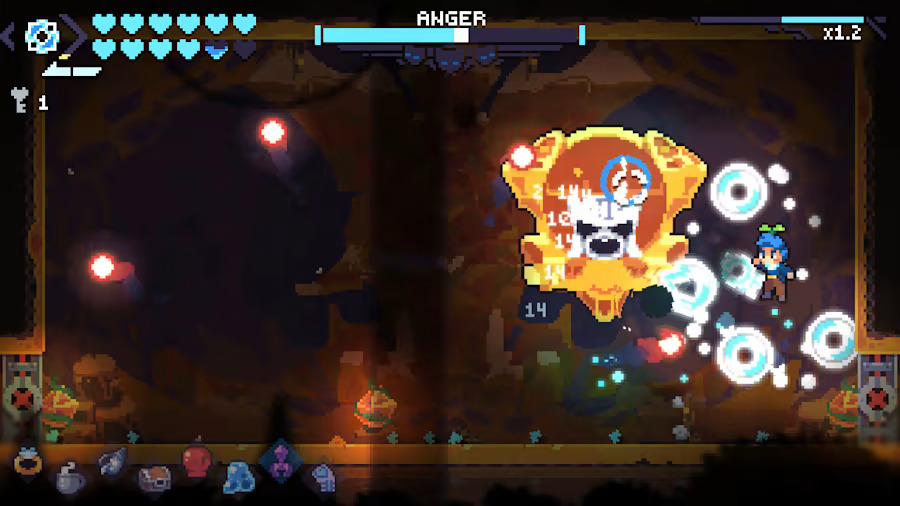 When Revita is at its best, you’ll find artefacts that work together and strategies that’ll get you further than ever before. Maybe you’ve got an artefact that boosts your power at full health and need to keep those hearts topped up, or one that powers up all your stats as long as you don’t dash and some range buffs to keep you out of harm’s way. It’s a great feeling when the items line up and you have a chance to make it to the top.

Revita isn’t without its issues though. The worst of these is probably how repetitive each floor of the tower can feel, even on the same run. With a fairly lacklustre selection of enemies and small square rooms to fight them in it’s deja vu all over again. I also found it a little frustrating how many runs it took to unlock some of the important aspects of the game. Without the ability to recycle your weapons for upgrades or even obtain powerful sub weapons there’s almost no chance you’ll make it to the end, and that really shouldn’t be the case for more than a couple of runs.

Revita is a very good twin stick roguelike, with just a few issues that prevent it from quite being an essential game for fans of the genre. The focus on health management really is interesting, and there are plenty of power ups and upgrades to make each run interesting. It’s hard to convince roguelike fans to stop playing The Binding of Isaac, but Revita might make it worthwhile.

Revita’s emphasis on health management makes it a very interesting roguelike, and if you love dodging bullets you should probably play it.