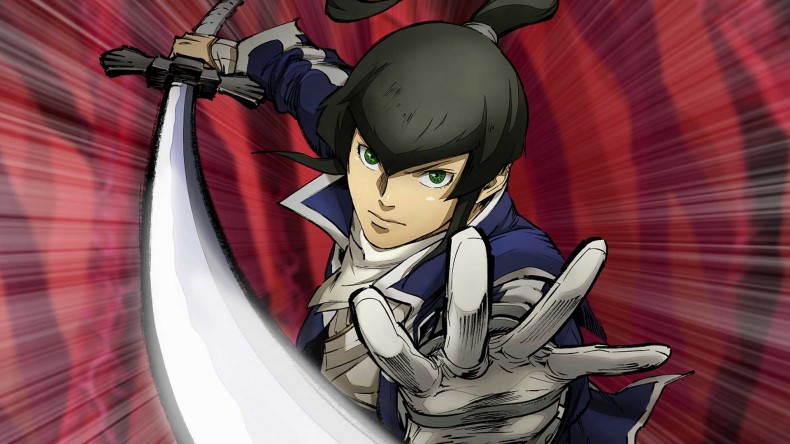 Shin Megami Tensei IV is a very special game for me. It has the honour of being the first game I bought for the 3DS and one that I bought before even owning the 3DS. Shin Megami Tensei IV was also a wake up call to me after just having played Persona 4 Golden which was super easy in comparison. Apocalypse is a sequel to SMT IV that can be enjoyed on its own. I would still however recommend playing through the original Shin Megami Tensei IV before jumping into this for a better experience. Apocalypse builds on the great but flawed foundation, and improves it in almost every area, making it an essential RPG in the 3DS’s already great lineup.

Apocalypse is set in the same universe as SMT IV but it shows an alternate take on the Neutral route (nearing the end of the previous game). Flynn (the protagonist of Shin Megami Tensei IV) is faced with new threats while he tries to save Tokyo. You play as Nanashi, a silent protagonist and are accompanied by Asahi who is also an apprentice in the Hunter’s Association. There are multiple endings but instead of being Law, Chaos, and Neutral endings, things are a bit different. I really enjoyed the character development and felt the story was consistently good in pacing and content as opposed to how things were in the previous title. There are some nice “got played like a damn fiddle” moments as well.

Gameplay is split up into a few sections that form the core loop you follow for the entirety of the game. You start out in a hub world that has item and weapon stores as you accept quests that take you to new locations. Locating a terminal in these enables fast travel that saves you the time and energy of fighting low level demons as you progress on the main quest line. There are side quests, of course, and you have the freedom to explore the open areas to grind for levels or just look around for relics to sell. Even the world map has seen some tweaks that make exploration a lot better. Taking place in the same universe allowed the developer to improve upon things, from combat tweaks that are a godsend (no pun intended) to minor map icon improvements and quality of life enhancements to the user interface. The map will now highlight certain puzzle sections with icons, for example. Another welcome change is in the difficulty curve. Shin Megami Tensei IV is notorious for its crushing opening section (*cough* Minotaur *cough*) and drop in difficulty after, which turned off many newcomers and veterans. Apocalypse has a much better opening that is more accessible on easier modes and more balanced overall.

One welcome addition to the map is the ability to view your quest destination as a red flag symbol. There’s a new partner system in place that lets you switch out partners based on what you require and your partner will encourage you to scout demons to join your party and inform you when you defeat a demon who hasn’t been recruited yet. Another addition is the Assist Gauge that fills up with each turn. When said gauge is full, the enemy turn is disrupted followed by a stat buff or heal and a powerful attack on the enemy.

Combat is turn-based, and the press turn system in place since Shin Megami Tensei III Nocturne is built upon further. Scoring a critical hit grants you a bonus turn and blocking or nullifying an enemy attack will cancel the enemy turn. Critical attacks also grant Smirk status that has been improved in Apocalypse as well. A character is granted the Smirk status by landing a critical hit or by nullifying an opponent’s attack. In Apocalypse, Smirk also has added effects to certain skills and magic attacks can also result in critical hits granting Smirk.

One of my favourite things about Shin Megami Tensei games is demon negotiation, which lets you scout or talk to a demon to coax it into joining your party or stock. Negotiation is restricted by level and demons at higher levels will not join you, but it’s a lot of fun even with frustrating situations where a demon asks for a good amount of your MP or items but doesn’t join you and decides to run away. The randomness and charm in the dialogue and absolute insanity in some cases is what makes me want to scout almost all the time. I had a demon say I look like a chimpanzee before storming away while another one called me a pervert and attacked. The aim of recruiting more demons is eventually fusing them in the Cathedral of Shadows to create more powerful ones to help you on your journey. Since Apocalypse takes place in the same universe and involves multiple characters from Shin Megami Tensei IV and common locations, there are a lot of reuse of assets for visuals. Considering Apocalypse is an alternate look at the Neutral path and released nearly 3 years after, I was hoping for improvements in visuals. That said, animations during boss fights look great with 3D on, and the music combined with environments creates a memorable atmosphere. Some demons have undergone design changes which is great because I’m sure Atlus got a ton of negative feedback for the design of a particularly important demon in Shin Megami Tensei IV.

The previous title’s soundtrack is one of the best in all of gaming, and Apocalypse uses a lot of those songs while adding its own new tracks to the mix. This is a double-edged sword for me. While I loved listening to some of my favourite tunes again, I wish Ryota Koduka and co. had been given more freedom to create a completely new soundtrack because of the talent showcased in the previous entry’s score. Voice acting is great and demons now make a sound while attacking, giving them a bit more life instead of just being animated portraits.

One glaring omission is the lack of C-stick support. I found no way to assign camera control to the C-Stick and had to use L and R to move the camera. We’re in 2016 and yet we still see developers not giving new hardware owners the option to customise controls to use the new input methods.

Shin Megami Tensei IV: Apocalypse is a mandatory experience for any RPG fan on the 3DS and a sequel worthy of being a numbered entry in this franchise. If you’ve been craving a deep and memorable turn-based RPG on the 3DS, look no further.

This is the pinnacle of the franchise in almost every way and a worthy successor to Shin Megami Tensei with fantastic combat, exploration, and story.