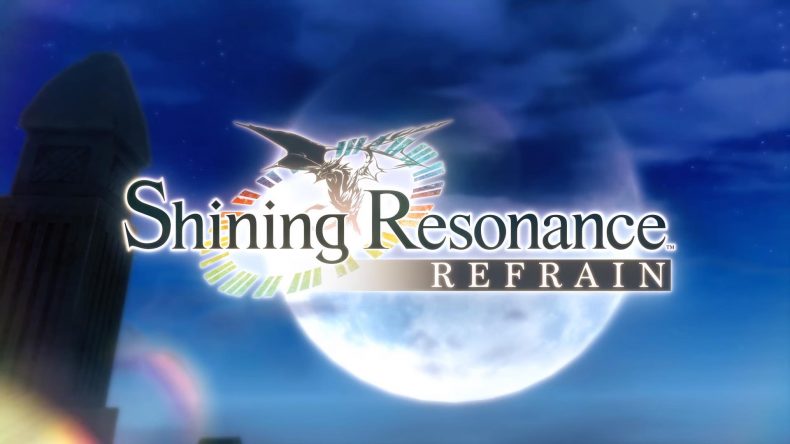 JRPGs are great aren’t they? Grandiose stories of far flung worlds locked in conflict and saved by youngsters who seemingly can’t talk in anything other than cliches. Shining Resonance Refrain is absolutely laden in dialogue that lays things on too thick, gives the game away, makes the characters look incredibly dumb or just makes you shake your head dumbfounded, it’s a masterpiece of poor writing, but is it a strength?

I mean, there’s some seriously terrible dialogue in Shining Resonance Refrain, here’s an example, and I paraphrase slightly but it goes a little like:

‘Heh, you think I’m running away? Why don’t you follow me and find out?’
‘Careful guys, something doesn’t seem right.’
*they follow*
‘I cannot believe that he was bait for a trap.’

That’s one of the worst moments and it will stick with me, because once it happened I took to our Slack channel to express my amazement to the team, but outside of that there are many more times when the dialogue is terrible corny or cliche, especially in the common anime trope of the harem, which this game lays on so terribly thick.

You’ve got the terribly forward one, the shy one, the one who doesn’t really understand how people form relationships, the lolita, the token other dude and the stoic love interest. It’s really unoriginal in that regard, all these people fawn over a guy who displays little to no redeeming qualities what-so-ever, it’s such a tired character type. Media.Vision has even dropped in the trope of the character with a terrible name, in this case it’s Agnum Bulletheart, an axe-guitar wielding hot-head who specialises in fire; they’ve really gone all out on the cliches.

In typical style the main character Yuma Ilvern is an angsty young man who becomes a reluctant hero, what is different about this though is that Yuma can transform into a dragon during battle. Battles are typically fought with ‘A’ doing a regular attack and ‘X’ doing a Break attack, with Force (read magic) being performed by pressing the left bumper and then a corresponding face button. Regular and break attacks use up action points (AP) to perform, which gradually recharge while you don’t attack, while Force attacks consume MP, giving you an avenue to recharge AP while still attacking, coincidently, regular and break attacks generate MP when they successfully connect. And then there’s the aforementioned dragon-turning, this is probably one of the few JRPGS where the main character’s angst is turned into a battle mechanic, holding the left bumper and then pressing the right one turns Yuma into the Shining Dragon. This transformation boosts his battle power and also buffs his comrades attacks and defence stats but also removes Yuma’s ability to use Force attacks. There’s another facet to this too, all the while you use this form Yuma’s MP decreases and if you try to attack when his MP is low he risks going out of control.

Well, that’s the idea at least, but what causes this is unclear to me. During my first playthrough I had one point where control was lost with low MP, and another where I had over 50% left, then when I played on Refrain mode (which I’ll talk about later), and the mechanic was introduced Yuma went berserk right away, it just doesn’t make any sense.

Similarly with games like this where there’s a load of mechanics to introduce you may find yourself skipping screens and as such missing or forgetting something. There is a place you can view this information, but it’s only accessible in the main town hub, so, if you’ve forgotten something just before a big fight or mid-mission you’re screwed. It’s just another one of the dumb design ideas that permeate this game.

It’s annoying as there’s a good game here that really wants to get out. The actual battles are fun to be in and breaking an enemy is really satisfying. When broken you deal extra damage to an enemy and teeing up successive breaks is really satisfying, not that it’s ever obvious what will cause an enemy to break, but it’s normally a good bet that a break attack or a spell when the enemy is casting will be successful. Then there’s the B.A.N.D. sessions, where your battle party break into song which provides a buff like guaranteed critical hits or improved defence, and during these sessions Yuma cannot go berserk, so it’s an idea to hold this back for hard fights and launch into song right after Yuma’s transformation giving you a real advantage in battle. There’s a lot being made of the game’s Refrain mode, which grants access to two of the original games non-playable characters, Princess Excella and Jinas, both of which join you right from the start, but have little to no presence in the story itself as assistants which is weird as this is supposed to be a ‘what if’ scenario, but they’re still antagonists here.

Being a PS3 game as well this looks great on the Switch, it’s really difficult to tell the difference between it and the PS4 version; there’s barely any disparity, and it looks great in handheld mode too. But, there are a variety of ‘extra’ costumes made available, so, unless you want weird looks on public transport I’d advise against putting the female characters in swimsuits (they have like four of them a-piece), because they’re kind of revealing.

I can’t emphasise enough how enjoyable the combat is here, it’s really important considering there’s so much wrong with the game. It’s so satisfying, but it’s aggravating when these bad decisions rear their heads, I mean, lastly, the battle AI does a decent job of handling many things, but often it won’t clear debuffs when it should, and you’ll often turn to find a character standing doing nothing, or defending with no enemy anywhere near it, it’s just infuriating.

All of the complaints I have are minor, because as a core Shining Force Refrain is good, but it’s really annoying seeing these issues over and over that they become your prime impression of the game. Poor dialogue, poor AI, inconsistent rule-sets, terribly cliche, but an excellent combat system and being able to turn into a dragon really saves the game from being considered as bad, it’s enjoyable, like a film that’s so bad that it’s actually good, plus, you get one and a half games for the price of one and that’s really why it deserves a chance and not to be written off.